Iâ€™m going to start the series with something simple, or basic.

What are those three buttons in the top left of any desktop window? They also appear in almost any app that runs with windows. One is red, one is yellow, and one is green. You might even call them traffic light buttons.

If you put the mouse pointer over the red one an â€œxâ€ appear. A â€œ-â€œ appears on the yellow one, A â€œ<>â€ appears in the green.

If you click the red button the window you are in will close. Depending on the window it might even quit the app.

The yellow (or yellow-orange) button will make the window slide into the dock at the bottom of the screen. This is called minimizing. The window will go into the corresponding app icon. When you click the icon the window will reappear. 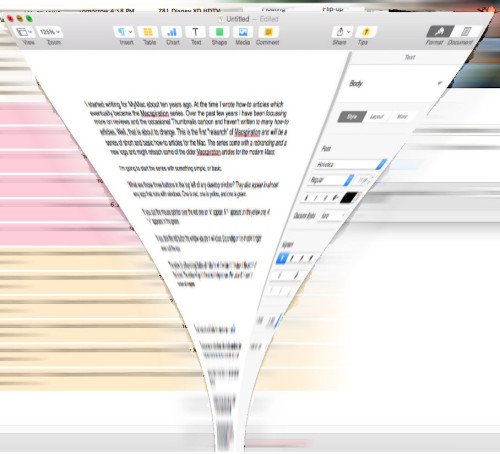 Thatâ€™s all there is to it. Now you know what those three little buttons do. Go ahead, try them out. You wonâ€™t hurt anything.

Want to see a certain topic covered? Leave a comment below.