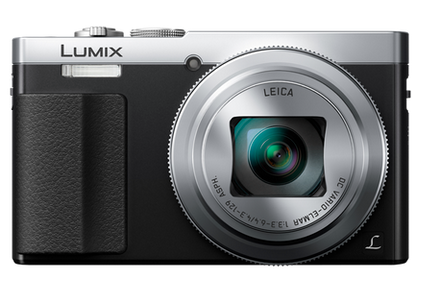 This is not meant to be a full camera review. It is published to highlight Panasonicâ€™s new iOS integration. I see this as the beginning of an exciting chapter in digital photography.

The Panasonic Lumix ZS50 was introduced at the Consumer Electronics Show in January, 2015. It is a feature-rich, compact, superzoom camera that you can carry in your pocket. These features match my requirements for the ideal camera. I donâ€™t want to lug around a heavy bag and lots of gear, but I still want a great camera.

The new ZS50 has some remarkable improvements and enhancements over previous models. The three new features that convinced me were: a 30X (thirty times!) optical zoom, a new, 12.2-megapixel high-sensitivity MOS sensor for enhanced low-light photography, and a 2.0-inch live viewfinder allowing you to look through the cameraâ€™s lens instead of squinting at the LCD screen when out in the bright sun.

Panasonic includes built-in Wi-Fi connectivity that allows wireless transfer of your images to your computer or for display on an appropriate TV. I discovered a stunning feature when I started learning the cameraâ€™s wireless featuresâ€”iPhone/iPad integration! Panasonic has developed an Apple iOS and an Android app. The camera generates its own Wi-Fi network.

Pairing the camera with your phone or tablet can be initiated wirelessly or with its built-in NFC sensor. With the app, you can see what the camera sees on your iPhone or iPadâ€™s screen. In addition, you can control the cameraâ€™s zoom and exposure and fire the shutter remotely from the app. As an example, imagine placing the camera on a tripod near a bird feeder and taking photos of the activity while you monitor it from a distance on your iPhoneâ€”hands-free, remote photography. Below is an image being captured with an iPad as a monitor. 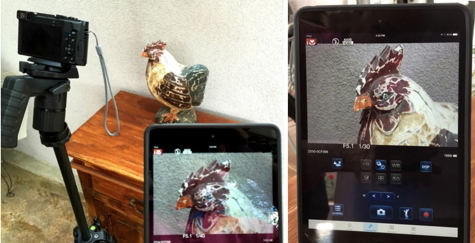 At $400, the ZS50 is not a budget point-and-shoot; it is a precision-built, quality camera with a Leica 24-720mm Vario-Elmar lens. This lens allows ultra wide-angle shots as well as an astonishing 30X optical zoom. It will capture images in either JPEG or RAW formats. When you are out in bright sunlight and have difficulty seeing the LCD screen, you can use the Live View Finder with its clear, bright 1,166-dot resolution. The camera can be set so that its sensor will only turn the viewfinder on when you hold it up to your eye. This camera incorporates a state-of-the-art 5-Axis system for capturing jitter and shake-free images.

Iâ€™ve had many years of Lumix experience and Iâ€™m seriously impressed with the new ZS50. In the iA (Intelligent Auto) mode, all you need to do is aim and shoot with excellent results. But if you are a semi-pro, youâ€™ll have most of the big, DSLR features and settings at your fingertips even though the camera is tidy and compact.