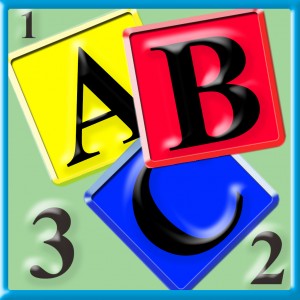 What does a father do when he canâ€™t find the app he wants for his child in the App Store? Well, there are three choice: pay someone to make the app, make the app himself, or forget it for now and hope someone makes it. In my case, I attempted the second choice and that decision was the start of Junior Typer.

My son loves typing for fun on the computer. He also loves typing on the iPad. I was able to find a kids typing app for the Mac which he types in often. It is called Big Typer and he loves it. It even speaks what he types.

The iPad was another story. I could never find an app for the iPad similar to Big Typer. I kept hoping those developers would convert the app to iOS, but they never did. I would often let my son type in Pages but he would end up press different buttons and saving documents I didnâ€™t want saved, or getting into parts of the app he shouldnâ€™t be in. I would even find him typing in Spotlight.

I decided it was time to take matters into my own hands and try and create a kids typing app myself. It would have no adds, no printing, and no saving options. It would just be a typer. The problem was that I am not a developer. I donâ€™t know Xcode or the code needed to create apps. I have experimented with Xcode making the â€œHello Worldâ€ type of app so I had a tiny bit of familiarity with it. Being an artist, I knew I could easily do the icons and graphics. It was the programming part that I was unsure about.

I decided to dive in. I got the app layout done and made the icons and artwork. I just need to make it all work. To make a long story short I was able to make the basic app with a keyboard and an erase button with the help of online tutorials and forums. I tested it in Xcodeâ€™s simulator and it worked!

Now I had to decide if I wanted to risk paying the $100 developers fee to be able to test it on iPads and eventually submit it to the Apple store. I believed in the app and decided to risk it. I paid the fee and installed the app on the iPad and test it on others. It was very exciting to see the app in action and working! 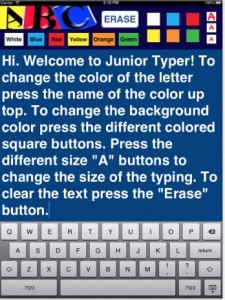 It was time to submit it to Apple. After several days my app was rejected for being too simple. I was devastated. I appealed the decision and it was rejected again. However, I had already started implementing a back up plan with additional features. I added the ability to change font size, change font color, and change the background color. I resubmitted and several days later the app was accepted! It is now on sale in the App Store for $.99.

Whatâ€™s next? I have already submitted an update, which might be available while you read this. I am going to keep working on improving the app as I can. I am also hoping to try my hand at another app with my brother.

As a result of this process I have a new respect for developers. I know how difficultt making this tiny app was. I can only imagine what it is like to make a huge and complex app.

Is the choice I took for everyone? No. However, if you are in the same position as me and have the confidence and patience to try making an app I say go for it? It is very rewarding in the end.