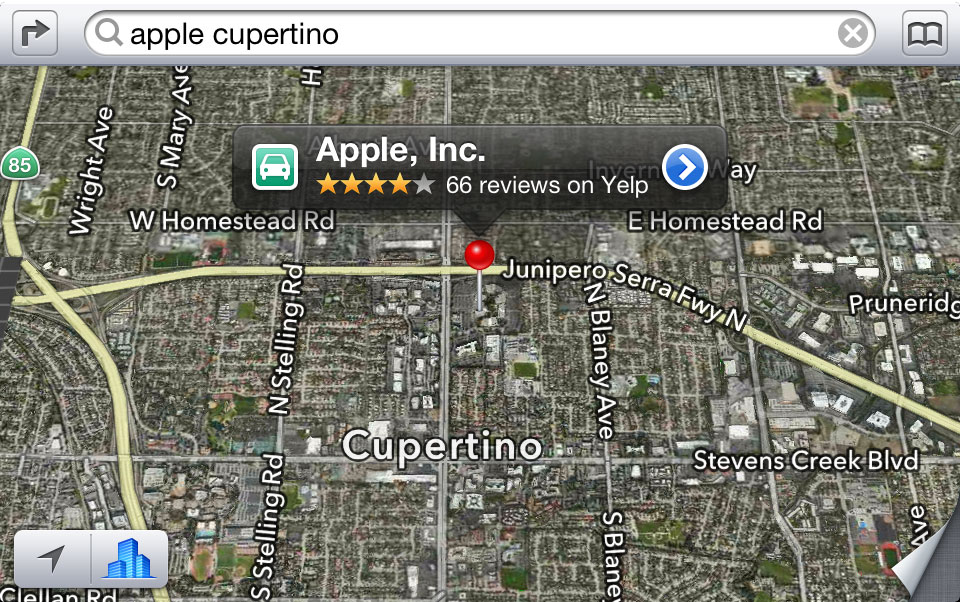 So here’s where we are. The press going crazy for an Apple product that doesn’t officially exist and tons of articles already saying it’s either the best thing they’ve ever done or a huge mistake with not too much in between. Well no surprise there as you could take the flotsam of Apple articles on any given day over the last ten years and see exactly the same thing. Will there be an iWatch or whatever? I have no idea and honestly (wait for it) iDon’tcare. There may be and it could be brilliant or this year’s version of the iPod HiFi. What it WON’T be is the next big thing for Apple anymore than the oft-rumored big screen AppleTV or whatever they refer to it as in the rumor sites. Being the prognosticator that I am I’ll even tell you why. It’s because Apple has ALREADY released what will carry the company over the next ten years.

Of course I’m talking about iOS which was first released back in 2007 with the original iPhone. However it wasn’t clear that this was the real future of the company (at least to me) until the iPad was released in 2010. The iPhone is certainly a wonderful device, but it wasn’t capable of being THAT thing that people needed or could use for true mobile computing. Of course laptops have existed for many years and those are also true mobile computing devices but they bring with them the legacy of all that’s come before it with desktop software. I include OS X here so don’t think this is a “rah-rah go Apple” before all others kind of article. So what legacy issues do I mean? First off, poor battery life. Hitting that laptop hard with whatever software you’re using with lots of calls back to hard drive space or using that nifty graphics card is sucking away at that “best case” battery life of 4-6 hours really turning it into2-3 at most. Laptops have a tendency to be kinda big as well. Trying to type and use a trackpad/ mouse/ trackball/ whatever-other-kind-of-pointing-device-you-can-think-of in an airplane seat is a pain in the neck (sometime literally). Plus the weight and bulk when you add power cables, external batteries, external hard drives, various other USB devices you think or may actually need.

Apple’s answer to all this is the iPad. It combines great battery life, ease of use (mostly), a wealth of relatively inexpensive software for many of the use cases for mobile computing. It certainly cannot match the power of a Windows or OS X laptop, but that’s not its primary function. It’s a device that most people can use and “get their on with their real life, I’m not designing a car or recombing DNA” kinds of tasks.

So why not combine the best of both worlds and come out with a hybrid OS X/iOS kind of device? Because I seriously doubt Apple would do it. It’s just not in the nature of the company (especially over the last 10 years) to do so. It’s just not an elegant solution especially in light of the recently released Microsoft Surface Pro and Surface RT. “But…but…but it sold out!” I hear many people say. It also had a very small initial release and no word yet on things like returns. It’s almost physically hurts to see Microsoft flounder with a product like this. Especially after the commercial success of Windows 7 (which is a pretty good operating system). Windows 8 and the Surface Pro however was obviously born within a marketer’s head and not with an eye toward the future. What were they thinking? To be a fly on the wall during the initial product idea meeting.

Head of MS Marketing: Hey! I’ve got a great idea! Apple is selling just OODLES of tablets with a touch interface. Why don’t we make our next operating system Windows 8 for the desktop software touch enabled?

Level headed MS Engineer:Â Windows 7 has been a big success especially in light of all the issues with Vista. Why change our OS to rely on touch when 99.999% of the software that runs on it use a standard keyboard/ mouse interface?

LHMSE:Â So make a phone/ tablet OS and slowly build up a market for it. Price it within market standards and offer incentives to developers to write apps for it. Make an app store similar to Apple’s but offer a higher percentage of the sales price back to the software writers.

HOMSM:Â Because Mr. Balmer wants results NOW! Who has time to build a market up from scratch?

HOMSM:Â Pish posh! We’re Microsoft! People buy our products because they always have and that will never change no matter WHAT we release…hold on…

A steadily increasing sound of heavy footfalls echos outside. Both the marketer and engineer cower behind their chairs, ready to push them into the path of whatever is coming down the hall

Words can now be made out as the noise get’s closer to the conference room. perss…Â velopersss…Â developersss… DEVELOPERSSS…Â developersss… velopers…Â persss… The sound slowly draws away and both men wipe their sweaty brows knowing how close they just came to…perhaps not death, but most likely a VERY uncomfortable encounter.

HOMSM:Â Â Now, what was I saying? Ah yes. Tell you what, let’s compromise! Make the desktop OS touch enabled and design a tablet around it. First though, we’ll make a mobile version that looks nearly identical and put it out on a very similar tablet to the one running the desktop OS. We’ll space the releases…oh…about three months apart. That should be enough time to determine if a Microsoft tablet can be the future. What do you say?

LHMSE:Â (stares in bewilderment at the marketer)

HOMSM:Â Â OH! Also design the keyboard for the desktop version…need a better name for it…let’s call it the Pro, that will be separate from the tablet that we can charge people extra for.

LHMSE:Â You want me to design a portable computer for a desktop OS WITHOUT a keyboard unless people pay a higher price than for the computer alone.

This is why a product like the Surface Pro pains me so. Microsoft had an opportunity to prove they really are a forward thinking company by pushing the hell out of Surface RT and making it possibly the best tablet OS there could be, but instead (with Balmer’s typically heavy handedness) made it weaker by saying from the freaking beginning that another tablet with regular Windows 8 was right around the corner. He couldn’t have have clubbed RT any harder by saying that. It told developers to not bother making apps for RT because there was something better coming in just three months. However none of this is about what Apple is going to do and I apologize. I have a tendancy to ramble non-stop about off-topic subjects (anyone who listens to the podcast knows what I mean) and…I did it again. Back on topic.

I’ve been a long time Apple user and watcher and here’s where I see this going. Mac sales are certainly up in comparison to previous years but it’s becoming a more isolated product in what Apple does. They have cut way back on the types of Macs you can buy, with really just the Mac mini and the iMac representing desktops (the Mac Pro while a fantastic machine is 10 times what most buy a computer for), and the MacBook Air and MacBook Pro for laptops. I think this trend will continue over the next 5 years with the iMac as the eventual only desktop and MacBook Air (though with a possible 15-inch model added) as the only laptop.

Meanwhile the iOS family of machines will grow beyond what it is right now. I see at least one more form factor for the iPad (a larger one) and at least two different models of the iPhone (one being possibly close to a “phablet” in the 5-6 inch range). They will also expand into multiple ARM processors and iOS will develop more “Mac-like” features such as an actual file system though more locked down to content type and backed by a better cloud storage system than what the meager iCloud currently does. One idea I talked about on the MyMac Podcast 445 was a two finger swipe from the left edge to show a series of default folders with Documents, Audio, Video as a start, and hooks into Apple’s and other cloud-based services below. Need something you have stored in DropBox? Select the file with a touch and drag it off to the right and the (whatever they call it) file system and iOS automatically moves it into the proper folder. Drag it to the left and move it between other cloud services. Offer multiple user and seperate email accounts. iPads are personal devices, but they have to grow into more than that if they are going to be the true replacement computer.

Apps meanwhile will grow more features, allowing for of the type of work people do away from home. Aple will provide a framework for these apps knowing that as iOS grows or withers, so does the company’s fortunes. I can envision a docking station for the home with larger screens hooked in and possibly even using the iPad as a controller or something like Apple’s Magic Trackpad with a visual indication onscreen for where your finger or stylus may be touching.

We are rapidly becoming a more mobile society and the days of carrying laptops with 1TB hard drives and insane graphics processors (along with the short battery life such devices have) are coming to their eventual end. There are a lot of legacy companies out there with their futures firmly tied into the status quo and they will fade in importance. Dell wasn’t be the first or the last this happens to, but it possibly the biggest so far. HP is not really doing well either and IBM was smart to sell off to Lenovo when they did. It won’t be tomorrow, but it probably isn’t that far off either.