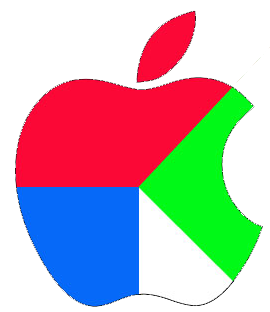 Every time a company gets very big, the question arises as to whether it is time to split the company up. The question has been brought up about Microsoft for years. Tim Cook has even alluded to the idea in the past, when mentioning the Macintosh business was bigger than many whole companies and that if Apple split its three divisions, they would each be Fortune 500 companies by themselves.

If Apple were to split up, how would the company be divided? Into iPhone, iPad and Mac? Or hardware, software, and services?Â  These are the most obvious ways to divide the company, but I donâ€™t see either of these options will really benefit the company or its shareholders.

I propose a different idea. I suggest a division more like General Motors has. I suggest Apple needs to be set up like Chevrolet, Cadillac, and GMC Trucks.

The existing Apple would be the Cadillac division, providing the high end, high margin products that Apple currently delivers. This company would still house all of the R&D, software, and services, including iOS and OS X.

Then a new Chevrolet division would be created to build more mainstream priced offerings with lower margins and a different brand so as not to tarnish the Apple brand, kind of like the Performa brand of Macs. This company would have its own brand and the products would not carry the Apple name or logo. They would simply be a licensee of iOS and OS X. This would give Apple the option of creating products for emerging markets or more budget minded users who are currently shut out of the Apple ecosystem.

Some products I envision would be an entry level iOS based phone (not an iPhone), aimed at the prepaid phone providers. Or maybe an iOS based handheld gaming device / music player aimed at kids, that is more durable than an iPod touch. What about an iOS tablet aimed at the education market for use in schools with iBooks textbooks?

The third company would be the truck division, with products for pro users. This is where high end Mac Pro-like workstations and laptops would come from. This company would license OS X for use in these computers. As Apple moves to yearly releases for consumers with more and more features that donâ€™t appeal to the hard core pro Mac users, this division could customize OS X with the features pros prefer and leave out things like Launchpad and maybe have longer release cycles.

This division would be slower to remove legacy technology like FireWire and optical drives. They could build tower, mini tower, and small form factor computers. Maybe even bring back server hardware. Also in this division would be Appleâ€™s pro software products like Final Cut, Logic, and Aperture.

This kind of separation allows Apple to continue to innovate and build the best products with the latest technology, while continuing to support legacy businesses and address other markets without tarnishing the Apple brand and increasing overall market share for both iOS and OS X.

One thought on “Is it time for Apple to be split up?”