Love them or loath them, the community of Apple users are passionate about upgrading their hardware on a regular basis. Although, it is often beyond reason and common sense. It is a sickness that borders on obsessive compulsive behaviors. 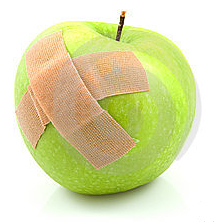 Every few months Apple will hold a press conference to announce the next big thing. For weeks before, and in some cases months, the rumor mill will work overtime in an attempt to pre announce the latest product. The aim is to win the blogger wars and maintain bragging rights.

Between the misinformation and the downright ludicrous stories, legions of people cling to every word. In essence it is propaganda and driven purely by advertising revenue. Break a few stories and your site can be self supportive. But of course, donâ€™t worry about your integrity. That no longer exists in the realm of the bedroom blogger.

The bedroom blogger doesnâ€™t care about ethics, quality, and highly informed and researched reporting. They are after clicks. The more you get, the more you get paid.

I am being unduly cruel to bedroom bloggers. After all, mass media is also taking these rumors and running them in newspapers and on television. When did our society become so obtuse that this kind of reporting is the acceptable norm? 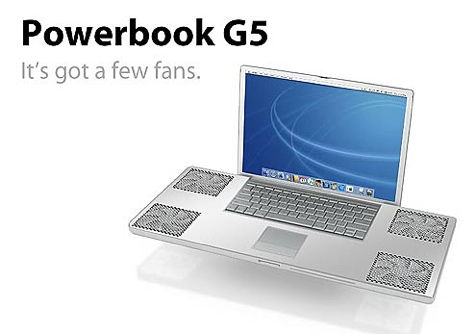 Whilst it is wonderful to see the excitement people have with regards to the latest Apple product, I do grow weary of friends and family talking about the latest unannounced device as if it has already been released. They talk with such rigor that those of us who undertake thorough research within the technology industry dare not question their sources.

Most of us can endeavor to remain neutral on these topics, but inevitably we will be clearly informed about the latest product, well before its release. In a sheer stroke of recent luck, the rumor mill has been getting accurate results. The iPhone 5 and EarPods did exist, as did the iPad mini, each exactly as they were described.

I wonder if the rumor mill has a concept of the excitement and anticipation they destroy with their articles? When the iPhone 5 was announced, I found myself wondering what the iPhone 6 would deliver to end users in a yearâ€™s time. I couldn’t believe that I was unable to enjoy the latest product announcement because I wanted more.

I wanted more because the rumor mill had already told me everything about the product.

As a writer and podcaster in the technology industry I try to stay clear of rumors. I prefer to discuss and focus on how to get the most out of the equipment we have. I feel this is much more noble than creating topics of pure conjecture.

Although, this wasn’t always the case. At one stage much of my flagship Not Another Mac Podcast was dedicated to talk of rumors and unknown products. It was intriguing, fluid, and argumentative; all traits of a serious and successful podcast. That is, if your template is MacBreak Weekly. 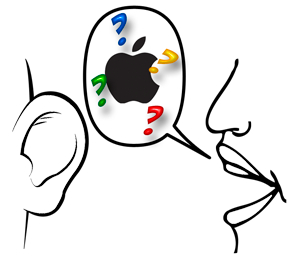 After a discussion and subsequent interview with David Allen, it became clear to me how prevalent this activity of misinformation is. I also realized at the same time that I was not a unique voice in the Mac community. I was simply regurgitating the same topics as everyone else.

After taking a serious look at the content I was producing, I came to the realization that it was far easier to discuss rumors than it was to come up with original interesting topics that will help users of the Mac community.

The change in direction was intimidating. I had to direct the conversation in a far more intellectual manner. The guests and I had to do research and report factually on the knowledge we had acquired, all whilst still being quick to respond in a live conversation.

As a result of changing the format for Not Another Mac Podcast, I also changed my own personal opinion on how often I should upgrade my Apple equipment. For the longest time I had been on the cycle of upgrading when Apple told me to. I was brainwashed and enamored with the reality distortion field.

This obsessive compulsive behavior resulted in new glossy equipment that family, friends, and peers would be constantly jealous of. Disappointingly, Iâ€™m not made of money and I was unable to lavish my new equipment with a variety of content. Be it music, movies, television shows, books, or apps, there was just no money left to purchase the content that made these devices truly magical.

Many of my friends and associates also suffer from the yearly upgrade cycle. Many of them even sell their equipment just before the announcement of the next device. Whilst this does help fund the new device, they also go without an iPhone, iPad, or Mac for that period of time.

Their excuses range from I just want it, to I write about this stuff so I really need to have one. Letâ€™s be honest, we have always told ourselves little white lies to justify the expenditure of new equipment. Iâ€™m not saying it is wrong, or that we shouldnâ€™t want for things, but are you really enjoying the devices you have?

Many people wouldnâ€™t acknowledge their key reason for an upgrade is to feel superior to others. How many times have you purchased that shinny new Apple product, and the first thing you have to do is announce it to the world, via Twitter, Facebook, or around friends and family. 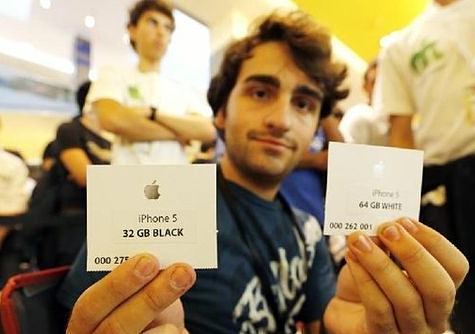 It feels good to have something that not many others have but still lust over. Unfortunately, lust dies almost as quickly as it surfaced. Once you have informed those around you of your latest acquisition the fun comes to an end. The iPhone 5 is still an iPhone, just with a few more features and a slightly bigger screen. Does that mean the iPhone 4 or 4S is no longer of any use or as impressive? No.

I know this, and can speak openly about it, because I am one of you. It is an addiction, a sickness. One that never dies, but one that can be removed from conscious thought with enough will power.

I donâ€™t believe when we are waiting for the next product to be released that we are enjoying the product in question. How can we enjoy it when the knowledge of something greater is upon us?

Let me ask you honestly, do you enjoy the latest device more than the one you just replaced?

I purchased the original iPad and the iPad 2. The iPad 2 upgrade included a camera, slimmer body with tapered edges, and a very attractive albeit useless Smart Cover.

Interestingly, I prefer the solid feel of the iPad 1, I never use the camera on the iPad 2, and the Smart Cover sits most days gathering dust. Yet I paid AU$539 for the iPad 2. I saw no improvement in initial performance, no upgrade in resolution, no longer battery life or increased storage capacity. So why did I upgrade? Apple and my own sick inner voice told me to.

In my iTunes wish list, hundreds of dollars worth of virtual products exist that I would like to purchase. Imagine the content I could have enjoyed on the original iPad if I had repurposed those funds. Hundreds of songs and apps, a large variety of movies and tv series, and a collection of books.

Not all users are going to be on tight budgets, but many of my associates and friends within this industry do have limited funds or simply want to put their resources into other areas such as the family home or that long-awaited vacation.

As consumers and Apple fans, we need to start embracing what we have, instead of following the rumors and dreaming about what could be.

When a feature I absolutely need becomes available, or the operating system no longer supports the hardware, I will then upgrade. Until that time, join me in taking the red pill and start embracing reality.

2 thoughts on “Drunk On The Apple Kool-Aid”