Is the iPad 3rd Generation hot or not?

With three million units sold in the first weekend it is appropriate to call this iPad a hot one.

The term hot has a double meaning when it comes to the latest iPad. Many users have been claiming their device generate excessive heat. Some say it is hot enough that they dare use the term “too hot to touch”. 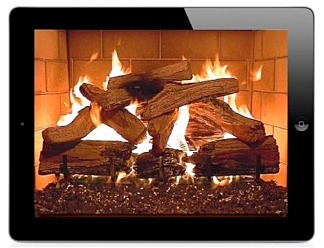 Whilst there is some merit in these experiences it also can be suggested that the problem is neither as bad nor as widespread as reports are indicating.

If you consider the stellar success of the third generation iPad, or new iPad as it is officially called, it is then understandable to assume that some units out of the initial batches will arrive with problems. These may range from being dead on arrival to excessive heat generation. I would advise any user who claims the iPad is “too hot to touch” to immediately take it to an Apple Store or independent authorized Apple reseller or service department.

Users must also understand that with increased processing power, additional heat generation is part of the deal. Consider the fact that a four-core GPU now resides in the iPad, a device that is 0.37 inches thin and weights in at a mere 1.44 pounds. I have yet to mention that in your hand you are holding a display that dwarfs your HDTV by adding a million more pixels. Those additional pixels plus the improved GPU is reason enough for the latest iPad to run at a hotter temperature than previous versions.

This topic may also be fueled by the fact that the device is new. As a result many users are spending much more time in games such as Real Racing HD 2 and Infinity Blade 2. Add the possibility of charging the device whilst playing these retina display updated titles and it is logical to assume that excessive heat is being created under these conditions.

PC World has undertaken a series of heat comparisons between the iPad line and current Android competitors.

Apple has yet to officially indicate if this is a problem across the entire range or if it is limited to a few cases that can be resolved under warranty. It may be possible, albeit unlikely, for a Software Update to address this problem for users.