MailShot Pro fills a void yet to be filled in Apple’s iOS version of Mail: the ability to email to groups of people. 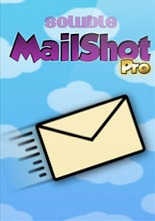 I’m involved in several local outreach groups, and I communicate with them regularly using email. Recently I ran into a little problem while trying to do a “group” mail using my iPad instead of my iMac. I discovered that I could not just click on a group in mail and bring the entire group contacts into the “To or Cc/Bcc” address block.Â

The only way I could see to address the group was to simply bring each address in one at a time. Not being sure that this was a limitation in iOS or something I just missed in using mail on the iPad, I elected to bring it up at our next Mac User Group meeting in Tucson, Arizona, USA.

At the meeting I had the opportunity to ask John Nemerovski about my problem and he agreed to look into it and see if he could resolve it for me. The next day I received an email reply from John that included additional suggestions from Mark Greentree at Everyday Mac Support and MyMac.

They enlightened me that mail in iOS doesn’t support groups the same way it does in OS X. What I was experiencing was essentially how it really works. However, Mark suggested I try Mailshot app from Soluble Apps. This app is advertised to provide the group capability that is missing from iOS. There is a scaled down free version and a full pro version ($3.99) available at the iOS App store. 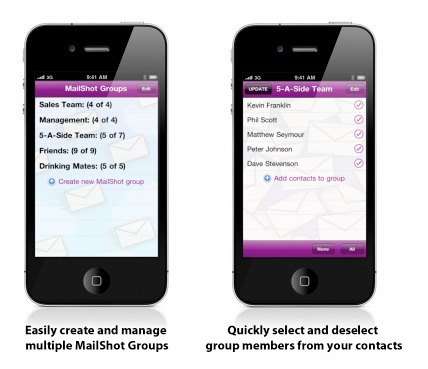 I purchased and installed the MailShot Pro version and created a “test” group following the directions in the User Guide. That was a simple process and when it was completed the app reported that my “test” group was added to my Contacts List. However, when I checked for this new “test” group in my Contacts List, the group did not show up. After repeated attempts, I gave up and contacted the developer, Peter Johnson, at Soluble Apps to see if he could straighten out the problem. I also let John and Mark know about my demise.

The next day I received an email from Mark explaining that the new “Test” group that I had created does not actually show up as a new group in my Contacts list, but instead resides as a separate contact within my contacts. After a quick check for my “Test” group in all my contacts, sure enough, there it was just as advertised.

Oh yes, I also received a reply from Peter shortly after hearing from Mark. He informed me that he was looking into my problem but suggested essentially the same answer I had received earlier from Mark.

With my problem solved, I constructed the three contact groups I regularly use and sent off an email to each without a hitch. Mailshot works great! Another email went to John, Mark, and Peter thanking them for their quick support and ensuring Peter that his app works as advertised.

I reread the user guide to understand how I missed this subtlety and to my satisfaction, the answer is there. Peter also said he would look into possibly clarifying this step.

One last thing: my iPad is first generation running iOS5. I also installed Mailshot Pro on my 4th generation iPod touch running iOS5 and it too works great, just as advertised.