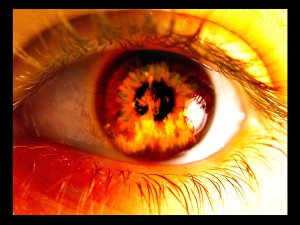 The iPad currently pretty much sits alone on top of the tablet market. Sure thereâ€™s been lots of, â€œHEY! Look at ME! Iâ€™M a tablet TOO!â€ contenders, mostly running some version of Googleâ€™s Android version 3.x OS, but theyâ€™ve hardly been much of a threat for a variety of reasons. Oh Iâ€™ll get to those reasons in a bit, but for the most part theyâ€™ve been like those guys you see outside popular nightclubs with the Mr. T-like bouncer glaring at them menacingly every time they step too close to the velvet rope separating the haves from the have-nots. You know the type, not wearing the right clothes, or not having the scratch to bribe the big guy standing between them and their visions of all those pretty girls inside (which from experience I can tell you they had about as much of a shot as a leper with a speech impediment). What none of them get is that in order to gain access, you have to bring the whole package. None of them brought the whole package.

Appleâ€™s iPad was a success right out of the gate for a very good reason. The right combination of something old (Appleâ€™s iOS which by version 3, the first OS available for it, was well seasoned and very functional), something new (a tablet that didnâ€™t suck, apps made for it before the first one was ever sold), something borrowed (iTunes and all those 2X iPhone apps), and something blue (OK this analogy breaks down a bit here, however when I saw my credit card statement after buying it I was a little depressed). What did Googleâ€™s Android bring? A LOT of different models, few of which had much in common with each other. Each tablet maker going it alone, some had Android 3.X, many were still using version 2.X, and a few woebegone models running 1.5 or 1.6, with the one thing each having in common was no apps for their particular size or resolution and a poor in comparison user interface to the iPad. One by one they were announced with great fanfare. Some never made it out of the gate, some were quietly released I think out of embarrassment for all the hoopla, and some othersâ€¦wellâ€¦put out with a lot of ePrint saying here at last was the great iPad killer! One fiscal quarter later retailers are demanding that their makers take them back because no one wanted this dreck and they were taking up valuable warehouse space. I wonâ€™t even go into the various security issues that Android has had with all those different app markets when no one is watching the door because that would take up another post written by me and nobody wants that.

So Apple sits alone at the top of the heap with all the contenders and pretenders lying shattered at their feet, Steve Jobs and Tim Cook laughing maniacally as the money pours in. And yet, off in the distance, there was a faint glimmer of hope for those not enamored by all things Apple. eReaders which on their own had proven to be quite popular. Not in iPad or iPhone numbers surely, but for a mostly single purpose device they were quite good. Probably the best of them (or at one of the best-selling) was Amazonâ€™s Kindle. Terrific battery life, an easy to read even in bright sunlight display, free 3G connectivity, and backed with the power of Amazonâ€™s book content deals.

It was probably just a matter of time before Amazon would add some color to the Kindle and try to make it more than just an eReader and that day was today. They now have announced the Amazon Kindle Fire. At first glance, it would appear that Apple has nothing to worry about. Itâ€™s only 7-inches and Steve Jobs himself has said that 7 inches was too small for a tablet and thereâ€™s no way he could be wrong about that (hockey puck mouse, G4 Cube, iPod Hi-Fi, and iPod socks not withstanding). Except thereâ€™s a lot to like here. Letâ€™s look at some of the positives:

â€¢ IPS display
â€¢ Glass, not plastic, protecting the display like the iPad
â€¢ Itâ€™s light
â€¢ No computer syncing required
â€¢ Charge with adapter (included) or over micro-USB
â€¢ Up to 8 hours of battery life or 7.5 watching video (with wireless off)
â€¢ Wi-Fi connectivity
â€¢ Free Cloud storage for all Amazon purchased content
â€¢ Amazonâ€™s â€œSilkâ€ browser (where Amazonâ€™s servers do most of the heavy lifting as compared to doing it strictly on the device)
â€¢ Amazonâ€™s â€œWhispersyncâ€ which keeps track of where you are with various types of content. Even video as long as other devices with the same content support it.
â€¢ Their own Android App store with applications pre-tested to make sure they work with the Fire
â€¢ An unbelievable price of $199

Of course this is only the first version and if thereâ€™s one thing that Amazon seems to have that so many so-called more experienced electronics makers donâ€™t is perseverance. The Kindle Fire for what it is is a great first try at a real tablet that has the potential that everyone else has missed the target with.