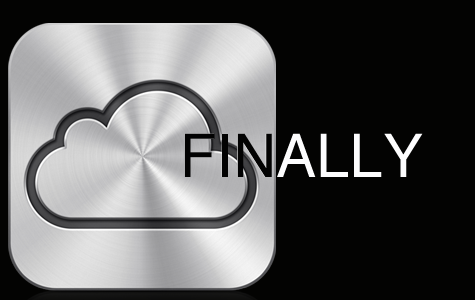 It’s hard to express the sense of relief I feel after the 2011 WWDC keynote by Steve Jobs today. FINALLY. Apple does get it.

For months (years?), many of us have been increasingly impatient for untethered syncing for our iPhones, iPod touches, and iPads. We’ve seen tantalizing glimpses of the potential that iOS devices that do not require a computer for full functionality could provide. For years, many people have been wishing for an easier way to manage our media and make it easier to get it on the devices that we are going to take with us, whether that be our laptops, iPods, iPhones, or iPads.

Now, thanks to some much overdue and needed features coming in OS X Lion, iOS 5, and iCloud, my daughter will never know a time when media was cumbersome to move around, or when a portable computing device required a less portable computing device for activation, backups, and updates. And that’s good. I have experienced all that, and can’t see why anyone else should. There’s no way that a forward looking computing future could continue on such a clunky, outdated model.

I’m not trying to pretend that Apple is the first company to make mobile devices that are truly post-PC. But they are the first to take the computing devices my family uses and not only make them truly mobile, but (assuming things work as advertised), done the most elegant job of providing the features we will really want to use.

What Apple has provided is huge. No Mac or PC required for activation, updates, or backups. Lots of other smartphones don’t need a computer for activation and even updates. I don’t know any of them that back the phone up over the network though.

iTunes in the cloud is huge too. I don’t know how Apple got the music labels to agree to matching songs from the iTunes library that were not purchased in the iTunes store. Yes, that part costs $25, but $25 to say “forgive me, for I have stolen music in the past, please let me use it in iCloud anyway” is nothing short of extraordinary. Granted, they used the example of music ripped from purchased CDs, and hopefully that’s what most people have, but I don’t see any way that it’s not also going to apply to stolen music. To get the music lables to take that risk is pretty amazing.

For me, the biggest benefit of the products and features announced today is always going to be truly free mobile devices. The iPad is now a true computer replacement for parents, grandparents, and children. And even some fully computer literate adults as well. I think iPad sales are only going to benefit from this. I think it’s more important than it might seem on the surface. It’s exciting, at least to me.

Apple made the moves they had to make. But they did it right, and they did it impressively. They didn’t really create anything new that other people haven’t either already done or thought of, but they did it in a comprehensive and elegant manner that makes their entire product line a unified platform.