Not much. It’s almost perfect.

I teach Photoshop Elements. I have used every version for Macintosh and Windows from 1 through 9. I am very familiar with this excellent application for editing and enhancing digital images.

Adobe tweaks each incremental upgrade to Photoshop Elements, or PSE, to improve the user experience and to stimulate sales of a software product that was just fine in the previous release. Most of the major features of PSE9 were in place in the landmark version 1, which indicates there is much to applaud about PSE during its entire life cycle.

For its modest price, PSE has exceptional value. Only a tiny percentage of amateurs require the robust professional and costly experience of “real” Photoshop CS, currently in version CS5. 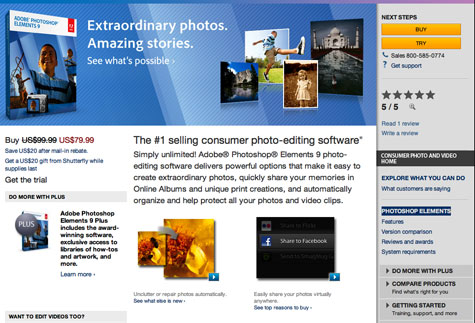 Many detailed reviews of PSE9 have already been posted on the Internet. You can find links to them by doing a web search for Photoshop Elements 9 review. Several good books on the software have been published. The title I’m currently using is Photoshop Elements 9 â€” The Missing Manual, by Barbara Brundage, from O’Reilly Media, which costs roughly $30 online.

If you’re keeping score, Adobe added more than it removed in PSE9, making the upgrade decision easy to recommend. A few prior features have been removed or relocated, and a few annoyances remain or appear for the first time.

Macintosh and Windows installer disks ship, one each, in a PSE9 retail package, which is a brilliant bonus. Each personal Photoshop Elements license allows the customer to install PSE9 on up to two different computers. Not since version 2 has this been possible from a single retail purchase.

There is almost complete parity between the Mac and Win editions of PSE9. The interface and performance variations are insignificant. The Organizer is an integrated application that is a primary component of Elements 9. 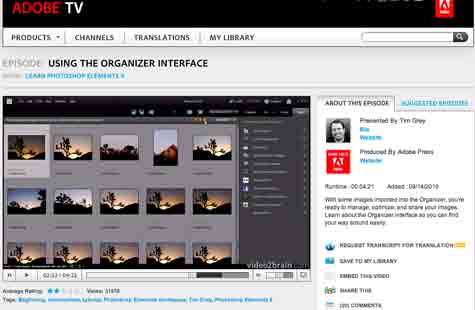 Most Macintoshers prefer Apple’s iPhoto over Adobe’s Organizer, and long-time Elements users prefer Adobe’s legacy File Browser and Bridge to the Organizer. Get over it. The Organizer is here to stay. In the future, I expect Adobe’s Organizer will become more integrated with the PSE experience, as user media files will be able to reside either/both on a physical computer or/and in an online “cloud” storage environment, and possibly a tablet computer.

Windozers also tend not to like the Organizer. It’s easier for them to try and keep track of photos using Windows’ native My Pictures and Pictures folders. Most Windows digital photo amateurs have a difficult time managing their photo files and folders. If Apple was really smart, it would make iPhoto freely available for Windows, as it does with iTunes, but that’s a topic for a different time and place. 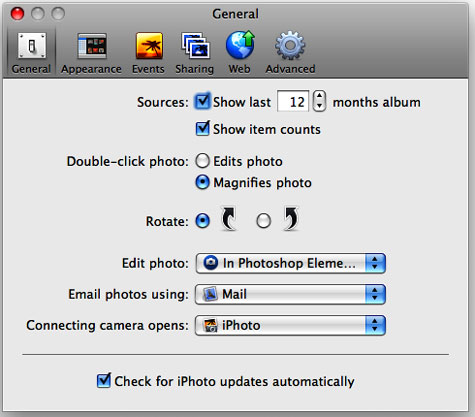 When I teach a course in PSE9, I now can use either a Mac or a PC for classroom projection. My workflow lessons can be identical for both platforms, with only minor exceptions when iPhoto is the storage location.

The learning curve for Photoshop Elements is still substantial, as it always has been. Adobe provides some guides and helpers during the process, but repetitive workflow is the only way to master this image editing application. Version 9 is more responsive than its predecessors. 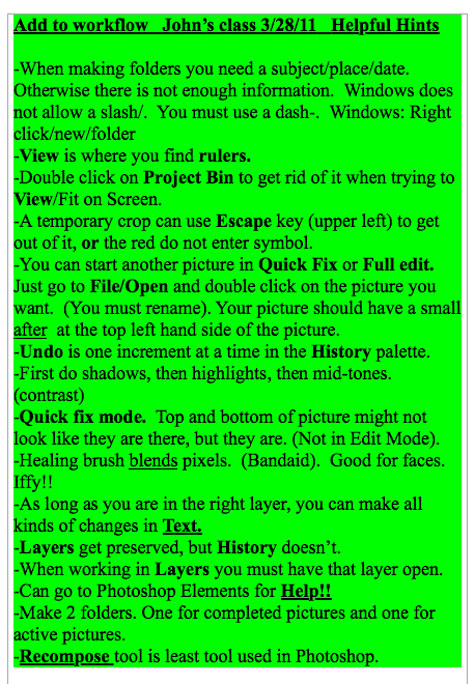 Bugs and quirks remain: when registering, when launching the software, when renaming a new file, when choosing a Save For Web custom format or quality, when opening and closing Quick panel sections, when creating a custom image size, when choosing to cancel or commit an edit in the Quick panel, when closing an active tabbed image window, when printing multiple images on the same sheet of paper, when un-centering a photo to be printed, and in numerous other instances throughout Adobe’s gray-on-gray interface. 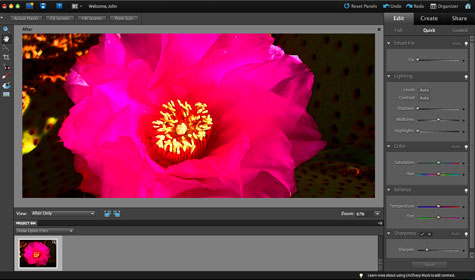 I explain these non-features to Adobe year after year, with little success, while major alterations and enhancements are incorporated. If I sound frustrated, don’t worry. As a teacher and daily user of PSE, its strengths outnumber its weaknesses by such a huge margin that I can live with a few bumps and bruises to my instructor’s and reviewer’s ego.

Adobe’s platform extends from your desktop and laptop computers to your iPads and smart phones. Seamless interaction and collaboration from one device to another isn’t here yet, but it’s on the horizon, as is PSE version 10.

It’s a little miracle that a full version of Photoshop Elements 9 is now included with Roxio’s new Toast 11 Pro bundle. Adobe wants as many serious media creators as possible to get hooked on PSE to propel this amazing application into the future. 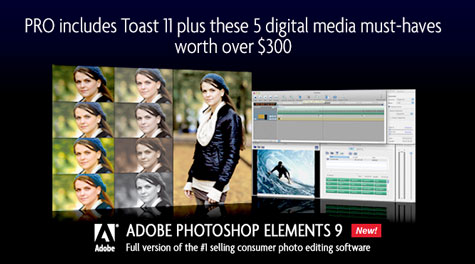 With every new Macintosh OS release, and with every numbered Adobe upgrade, a percentage of computers and their users are forced to acquire a later version of PSE. That’s fine. Adobe needs to sell software to stay in business. 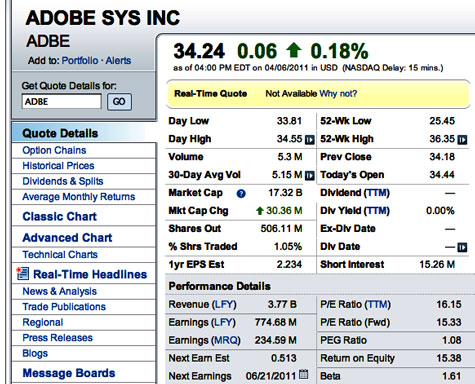 If you are happily using PSE6 or 8 for the Mac (there wasn’t a version 7) and Photoshop Elements 9’s new features don’t ring your chimes, you can buy PSE9 or you can wait for version 10 or 11, as appropriate. If you want a recommendation for a more responsive, more powerful, and feature-rich, affordable way to edit and enhance your precious digital photos, Adobe Photoshop Elements 9 is it.