My father is in his late 70’s. He grew up before computers, cell phones, calculators – even televisions! Yet in the 1990’s, he would constantly talk to me about computers he read about in various magazines. “Elisa,” he would say, “Microsoft just came out with a new version of Windows.” Or, “Apple has released a new computer running a brand new operating system.”

My response to those comments was always the same: “Dad, why don’t you buy a computer? I’ll only help you, though, if you buy a Mac.” Realistically, my father didn’t need a computer; he didn’t even use one at work, so he had no computer experience whatsoever. But he was mesmerized by computers, and thought it was wonderful that my family had one, especially for my kids to use for homework. 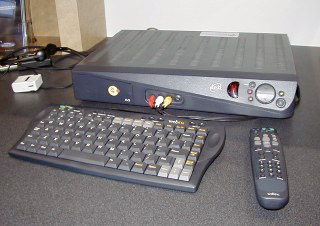 Finally, Dad broke down and bought a webtv. Remember webtv? Not as nice as a computer, but it allowed him to send and receive email, and surf the web. I went to his house, set up the webtv, created an account, and Dad was off and running. He loved it!

But the thrill of webtv got old fast. It was very slow, and awkward to navigate. “Dad,” I kept saying, “buy a Mac. It’s easy and I’ll show you how to use it.” Once his frustration level with webtv reached his peak, he decided it was time for a Mac. Yippee!

In November 2001, I ordered Dad a G3 iMac, the same computer I had. He was like a little kid; he couldn’t believe at his age he had his own computer. Dad spent hours on the Internet, reading newspapers from around the world, keeping up-to-date on politics and the economy, and staying in touch with family and friends far and wide. Eventually I convinced him to move up to broadband. Dad didn’t see the point, until it became too difficult to get online. After the move to broadband, his comment to me was: “I should have done this years ago!”

Dad used his iMac running OS 9.2 for many years. I encouraged him to upgrade to a better Mac, but he resisted. He’s not one for change, and he was comfortable with what he knew on the current Mac. However, using OS 9.2 did not allow him to upgrade to Firefox or Safari browsers, nor could he open many links that were sent to him. “Dad, it’s time,” I kept saying. “You need a new computer. This one is seven years old and very slow.” At last he agreed.

Off to the Apple Store. In August 2008, Dad became the proud owner of a 20 inch iMac running Leopard. I hooked up the computer, set up Mail, showed him how to use Firefox and Safari, but all he could do is stare at the screen. He adored the beautiful LED screen. Once again, a little kid! Dad was surprised at how easily he could now access his email, how simple it was to add photos he received in emails into iPhoto. He especially loved opening web sites in many tabs.

For me, the best part was getting Dad an instant message account. Even though I live 15 minutes away, it wasn’t always convenient for me to go over to his house whenever he had a question. Using the screen sharing feature of iChat saved the day for both of us. I could take over Dad’s computer and show him what to do. 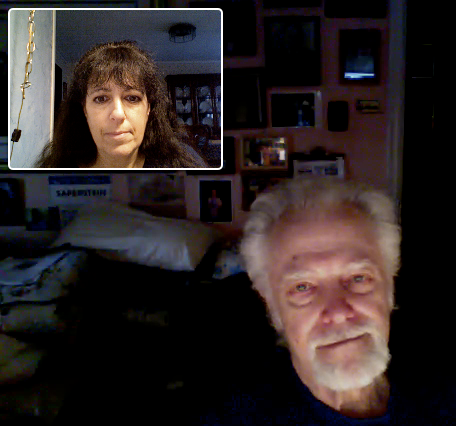 Recently we had a family function out of town. My parents couldn’t attend due to my mother’s illness. At one point when many friends and family members were gathered in the hotel lobby, I called my father and had him go on iChat with my mother. I used my son’s MacBook Pro and signed on to iChat for a video chat. All my father did was laugh – how unbelievable it was that technology allowed him and my mother to see and talk with everyone. It was the next best thing to being there.

Dad is constantly on the computer, while Mom wants nothing to do with it, though she is thrilled when she sees pictures of her grandchildren or video chats with her brother in Florida. Every day that Dad uses the iMac he learns something new – and he’s ecstatic all over again. The Mac has opened a new world for my Dad, and I’m glad I was there at the start.

One thought on “Helping My Dad Switch To A Mac”