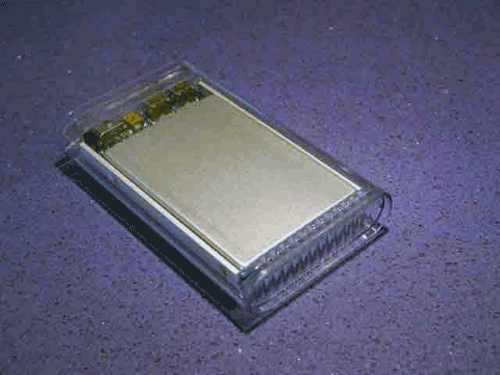 Other World Computing now offers an SSD (solid state drive) option for their On-The-Go lineÂ of external cases. While SSDs have not broken though to become the standard in storageÂ technology, they’re rapidly becoming viable alternatives to users who wantÂ high performance drives. Solid State Drives are fast because they employ special memoryÂ chips instead of multiple motor-driven, rotating platters. SSDs read and (sometimes) writeÂ data much, much faster, than a conventional hard drive.

While a detailed explanation of SSD technology is beyond the scope of this review,Â Wikipedia can start you on the road toÂ understanding how SSDs work, and why they’re great for certain types ofÂ hard drive requirements. If Wikipedia is a bit geeky for you, AnandTech has a great reviewÂ of current SSD technology.

If you want a life-changing, consciousness-raising, mind-blowing personal computerÂ experience, install a SSD as the boot drive in your Macintosh or PC. You’ll think you justÂ bought a fast computer. A very fast computer.

Other World Computing packages a 64 GB solid state drive in their clear On-The-Go case. The case is small, and itsÂ minimalist appearance is cool and sleek. 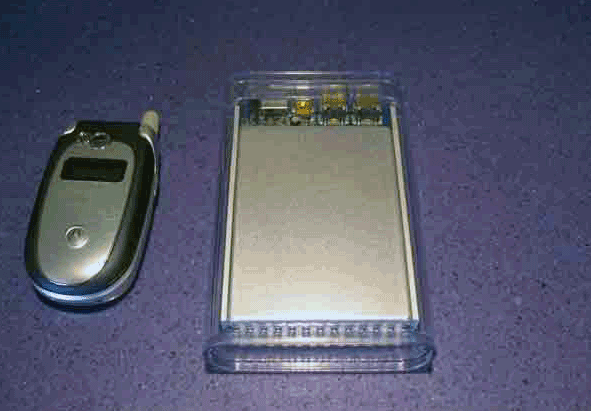 The back side reveals two FireWire 800 ports, andÂ one USB 2 port, and an On-Off switch. OWC garners extra points for not requiring anÂ external AC wall-wart adapter. The drive comes with a high-quality FireWire 800 and USB 2Â cable, as well as a nice carrying case. You’re ready to go as soon as you unpack the drive. 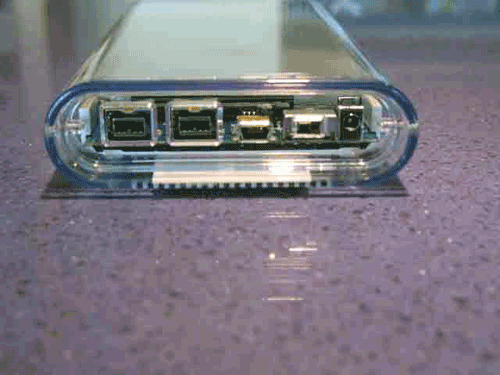 OWC is a Mac outfit, so I was pleased but not surprised to find the drive came formatted asÂ an HFS Plus journaled volume, and it’s got a great Mac desktop icon, as well. Most driveÂ suppliers cater to PC users, and sell drives formatted for PC users. It’s nice to find MacÂ enthusiasts being catered to.

But enough about the great case and the freebies; how does it perform?

When you connect it to your Mac, the first thing you’ll notice is that an SSD is silent. NoÂ motor noise, no fan, no nothing. Other than the purple Power light, you won’t know itsÂ working.

You’ll know it’s working when you get some data copied over to the drive. Write speeds areÂ nothing to write home about, but SSD read performance is what you spent your money for.Â This drive is fast, Fast, FAST. I regularly search a 250MB DevonThink Pro database from my late 2008 unibodyÂ MacBook Pro. I copied the DevonThink application and database from the laptopÂ internal drive to the OWC drive in 11.5 seconds. Copying it back the other way took longer:Â 14.5 seconds.

Launching DevonThink Pro and loading the database from the MacBook Pro took 8 seconds. The sameÂ operation from the OWC solid state drive less than 3. This got a "wow" from me.

When copied over to the SSD, applications launched incredibly fast; Safari would be runningÂ before the first "dock bounce" was over. Word 2008 was no longer agonizingly slow toÂ start; it was now just slow.

This is a splendid little portable drive that raises only one concern. Is it worth theÂ extra money to purchase an SSD for an external disk designed for portable use? You won’t be using this as your bootÂ drive, and you almost certainly won’t be copying over your applications to the On-The-Go SSD.Â Â You’ll lose the blazingly short application launch time that come from having apps on theÂ SSD. Having big data files on the external SSD is good, but not optimal. Noise is notÂ usually a make or break issue with small portable external drives. People usually buyÂ externals for portability, and for backups on the road. I’m not sure many peopleÂ would need the SSD performance in an small external case.

Conclusion. This well-built portable Solid State Drive is fast, but it’s very expensive for the capacity. If you need the best performance you can find in a small capacity (64 GB) portable drive in a well-built case, get the SSD version of the On-The-Go. Purchasers whose needs run to a betterÂ price/performance ratio should stick with conventional hard drives in the On-The-Go case for the timeÂ being.