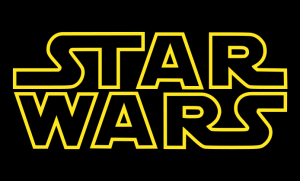 When I was seven years old, my Uncle Robert took my Mother and myself to see a movie. On the way, we stopped by a five and dime store (raise your hand if you remember those!) to buy something. The strange thing was, I had never been to a movie with my Uncle Robert, always with my Mom and Dad. Usually it was the local drive-in theatre, not the sit down and relax indoor theater.

So being seven years old, I of course wanted to buy something at the store before we saw the movie. I still don’t know why he took my us, but that day Uncle Robert was in a very generous mood, and he told me I could pick two things. He even pointed out that there were toys of the movie we were going to see. They were action figures, and I picked two, a golden robot, and a black robot with a cape. They looked the coolest, and had the neatest names I thought. C3PO and Darth Vader.

The movie changed my life. Up until that point, most movies were not as good as the shows I watched on television to my seven-year-old reckoning. But this Star Wars was something else! It seemed to be made for kids my age, but unlike other “kid” movies, it did not talk down to me. It had (I thought then) a complicated script. Intense action. A larger than life hero and villain. And of course, real space ships!

For years, it ranked as my all time movie. Until the next installment, The Empire Strikes Back, and later Return of the Jedi. My entire adolescence was all about Star Wars. (Until I found Comic Books, but that is another story.) I would try and save as much money as I could scrounge together from mowing lawns, shoveling snow, raking leaves, returning found soda bottles, and my meager (but large to me!) allowance. All in the pursuit of buying a new Star Wars figure. (And, again, Comic Books)

Looking back, Star Wars had a profound effect on my life. Endless arguments with my friends about The Empire Strikes Back, whether Darth Vader actually was Luke’s father or not. Of whether or not that cool missile thing on BobaFetts back was a rocket or not, and how it would fire. It was a great time to be a kid.

Jump ahead to 1999. I was almost thirty years old, and a new Star Wars movie was being released. A continuation of something very important to my early life, and I was really looking forward to it. I just knew George Lucas would help me rekindle that magic, even if for a little while.

Star Wars Episode I, The Phantom Menace, was a horrible movie.

I was crushed. I could not believe it. I even went a second time, really wanting to love the movie. But alas, whatever the magic I felt watching the first Star Wars was gone, and this new movie a pale shadow of what I thought of as Star Wars.

My trepidation going into seeing the new film this year, Attack of the Clones, was great. It, too, was a bad movie. Not as bad as Episode I, but really bad nonetheless. Stale acting, lame plot, and dialog performed by manikins. Listening to children after the movie, even they knew it was not really all that good. I asked a few, and the responses were “It was okay, but I liked Spider Man better” or “Cool fight scene, but most of it was boring.”

So I asked myself, are the new Star Wars movies that much worse than the originals, has George Lucas lost his touch, or do kids simply have much more choice today? Honestly, if I were seven again, and I had to choose between Star Wars and Spider Man on which movie would mean more to me, I know I would have chosen Spider Man. I could relate to the character, the acting was light-years ahead of Star Wars, the story was great, and the bad guy was more real. (Green costume and all.)

Since I am also an avid Mac user, I spend much of my spare time visiting many different web pages, and just a few weeks ago I found something really odd. Spider Man, I leaned, had opened in more theaters than Star Wars was going to, so these pro-Star Wars fan web sites were in full PR mode, claiming it would not be fair to compare the two movies in terms of revenue. Then, when the movie Sum Of All Fears came out (which I saw, good fun flick) and it overtook Star Wars as the top movie for that week, all these Star War fan sites were practically begging people to go back and watch Star Wars again, so it could recapture the top movie spot.

Why? When did going to a movie become a competition? Who cares how much Star Wars (and George Lucas) makes? Who cares which is the higher grossing film? For that matter, why does my local news always give the top five movie of the week by which made more money. They don’t do that with the computer industry. Nor in the automotive world. Chevy fan web sites are not out there begging their readers to go buy an extra Pick-Up truck so that Chevy can claim best selling trucks over Ford. Unless you actually work for Ford or G.M., why would you ever care? But in the movie industry, and the movie going public, somehow this has become newsworthy. Somewhere along the way, the public started to care which movie had the larger audience. And less and less people seem to have noticed that the larger the ticket sales, the worse the movie tends to be.

Does the amount of money a film makes in its opening weekend mean it is the best film you can watch? No, of course not. It probably only means the movie studio spent more on advertisements than any other. When Men In Black II comes out this Forth of July weekend, I am sure it, too, will be the number one movie of the year. I will see it because I really liked the first one, and Will Smith and Tommy Lee Jones work well on screen together. But I am sure it will not be the “best” film out there worth watching that weekend.

When did enjoying a good movie somehow become a competition? Is this the wave of the future, where everyone wants to know the best selling album this week, the best selling DVD, the best selling three-button computer mouse? In the end, does it really, really matter to you? Is your life so empty that you have to root for “your movie” so much you beg people to go see it again? Why?

And why does the new Star Wars saga suck so much?

Your thoughts are, as they always are, welcome!