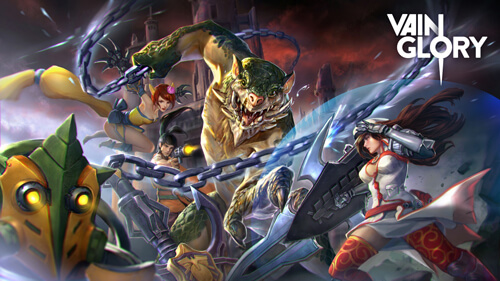 The world of Esports is getting big â€“ very big. According to some commentators, it will evolve into the next billion dollar industry, and few in the know would bet against it. There are a number of reasons why it is quite so exciting a sector, and most of them are to do with propitious timing.

On the one hand, the millennials who are rapidly taking the driving seat have grown up around gaming, and have first hand experience of its evolution from a niche pastime for teenagers into a mainstream leisure activity that is no different from watching TV, reading a book or throwing a football around.

Simultaneously, we have the technological advances that make multiplayer streaming, and now, even the use of virtual reality headsets an everyday affordable option for everyone.

The Esports sector is about to explode, so be ready for a whole new world of TV coverage and promotion, growing fanbases and, of course, bookmakers offering gambling opportunities on the outcomes. The eSports betting sector is one that has grown in step with the broader industry, and every day, more online sports gambling sites are picking up on the potential that MOBA gaming brings.Â

Everyone has heard of Counter Strike: Global Offensive (CSGO), League of Legends and Call of Duty. All are popular games in the Esport cadre, and all started life on Windows, although they are playable on Mac.

Vainglory is the first iOS game to join the fray, and it leaped in at the deep end, with participants assembling in Los Angeles for the first ever World Championship last December, vying for a $120,000 prize pot. Now, the 2017 season is underway, and the profile of the game and the top players has already increased significantly over last year.

Esport is not so different from physical sports as you might think. Just like football, baseball or tennis, the broad coverage gives you ample opportunity to watch the professionals in action. For some, that is enough, while other might be inspired to have a try themselves.

The good thing about Esport is it is not like golf, where you shell out an immense amount of money on the right equipment, clothes and club membership, only to make a complete idiot of yourself and be afraid to try it ever again.

Playing Vainglory for the first time, you might still make an idiot of yourself, particularly compared with the way the professionals perform, but you will be in the comfort of your own home with nobody watching while you hone your skills.

There is really no substitute for getting in there and playing, but here is a brief summary of how the game works. Vainglory consists of 3-on-3 multiplayer team battles, in which two opposing sides try to demolish a giant crystal in the enemy base camp.

Between the two camps, each team has possession of a number of automated defense turrets. They also have creatures called â€œcreepsâ€ at their disposal.

Each team attempts to build momentum by defeating its enemies, smashing their turrets, destroying their creeps and accumulating coins, with the ultimate aim of taking down the opposing base.

When you watch a professional Esports match, you will get a good idea of the types of strategy you can adopt. The teams will have defined roles for each of the three members, known as the Captain, the Carry and the Jungler.

The Carry role involves spending most of your time in combat, killing enemy players and creeps. The jungler ventures out between the lines into the jungle area and tries to disrupt the other team and take pot shots at their Carry. The Captain has the job of directing the strategy, and trying to protect the Carry.

To see a top team in play and then attempt the game yourself provokes the same mixture of awe, inspiration and frustration that you feel when watching Phil Mickelson drill a drive down the fairway, or Tom Brady constantly pick out his wide receivers, and then go outside with the kids and try to do the same.

No wonder Esports are so compelling for spectators and such a draw for gamblers, as well as players.

At present, the top Vainglory teams are slugging it out in the Vainglory 8, the professional league from which the winners will proceed to take on other top teams from across the globe in the World Championships later in the year.

If you want to catch the action, there is live streaming available on the sportâ€™s Twitch channel or via the iOS app. If you have never checked it out, give it a try. You will be amazed at just what addictive viewing it makes, and you might even be tempted to give it a try for yourself!