Once upon a time, it was impossible to have an impressive looking website without using Adobeâ€™s Flash to at least some extent. For the first few years of the internet, your website was either built with Flash and all-singing all-dancing, or it looked like something that had been crudely constructed in Angelfire. If youâ€™re too young to remember what Angelfire sites looked like, Buzzfeed have put together a handy list of seventeen examples that are still standing. Theyâ€™ve even provided a link to an old-school dial up modem sound to get you in the mood for looking at them. To those of us of a certain age, that brings back a lot of nostalgia.

At one point, just having a decent ability to code in HTML wasnâ€™t enough for web developers. If you werenâ€™t comfortable with Flash, you were no use to the buyers of the time. People wanted something slicker, and cooler, and able to do more things. The idea that basic HTML would outlive Flash was laughable, and yet here we are, with HTML still in common use, and Flash preparing to take its final bow. In fact, software publishers are releasing guides to tell people how to migrate from Flash back to HTML. So what happened? 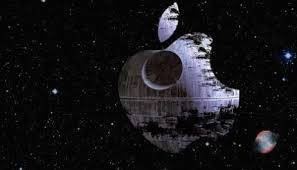 There is a long story, but the short answer is â€˜Steve Jobs happenedâ€™. Itâ€™s easy to point out that the Apple founder had a dislike – or at least an aversion – to any technology that he didnâ€™t develop himself, but he had very strong feelings about Flash; so much so that he made a post about it on the Apple website which eventually became the death sentence for the product. Itâ€™s taken a long time to get here, but Jobs started the process back in 2010.

For those who donâ€™t want to wade through his notice, among the complaints that Jobs listed were that it consumed too many resources, it was too proprietary, and crucially that it demanded too many actions from users that couldnâ€™t be performed with fingertips as opposed to a keyboard or mouse. This, in 2010, was crucial. Although others had raised concerns about the demands and potential security issues of Flash, theyâ€™d all persevered with it because it was everywhere, and nobody had a better idea. Then, the medium that people used to access the internet changed. 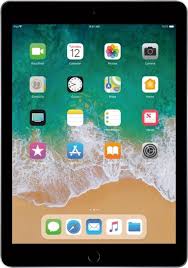 The timing of Jobsâ€™ comments was not, in any way, accidental. 2010 was the year that Apple released the first generation iPad, and therefore the time when people began to accept touch-screen technology in a big way. We began to move away from phones with buttons to phones which are essentially miniature tablets. Tablets replaced books in the bedroom. Tablets, in some instances, replaced laptops for web browsing. And tablets, because of Jobsâ€™ abandonment of the format, would not work with Flash in any way, shape or form. He refused to even attempt to make Flash compatible with his new range of products or vice versa, and that left developers with a choice; they could either adapt their products, discard Flash, and be available to the millions of people whoâ€™d jumped on board the Apple bandwagon, or they could stick with Flash and potentially lose thousands, if not millions, of regular visitors to their websites and products as a result.

It probably wasnâ€™t a hard decision to make.

Thatâ€™s not to say that Flash vanished completely. You might still see it here and there today; probably accompanied by a warning from your web browser not to use it. You wonâ€™t have missed it if you have come across it; windows that want to run Flash products will usually start by asking you to update Flash, and then right-clicking inside the window to confirm that you absolutely, positively want to run the product on your computer and let the window load whatever it wanted to load. This was fairly common when it was the go-to medium for playing videos online, but it isnâ€™t anymore. Where it stuck around for longer was games.

This took on a couple of forms. There was – and is – a nostalgia based online scene for people who like to play retro games online. In the (even older) days youâ€™d have needed an emulator for that. From around 2002 onwards, it was possible via the medium of Flash, which could load an emulated version of the game inside your browser and let you play it. Some websites of questionable legality even let you play old PlayStation 1 or Dreamcast games using the method. Many of those websites are still standing.

The other form of popular gaming – by which we mean gambling- also once took place using Flash-enabled formats. Early online gamblers who wanted to play roulette, poker or slot games over the internet would usually do so through a Flash portal, or on a Flash platform. Given the security risks we now know exist with the product, they were perhaps playing more roulette with their finances than even they knew! However that trend has now almost completely ended. A cursory examination of US and UK Online Slots websites like Rose Slots that have launched over the course of the past couple of years will show you that none of them are using Flash at all; theyâ€™re using clean and simple code, and providing their games without compromising security. There are millions of people who gamble online. As they migrate away from the old-fashioned sites towards these newer offerings, the demand – and therefore purpose – of the Flash product will diminish even further.

And so, when the plug is finally pulled on Flash – which Adobe has confirmed will happen in 2020 – itâ€™s doubtful anyone other than websites who provide pirate emulation services will even be affected. Itâ€™s even less likely that the casual internet browser will notice. What was once a juggernaut, weaved into the very fabric of the web, will fade into obsolescence without anybody marking its passing. So weâ€™ll take a moment to wave it off.

Thank you, Flash. Thank you for the good times. Thank you for letting us watch videos and play games. Thank you even more for making companies up their game on security when you provided holes to let hackers through into our systems! You have earned your rest, and so we say goodnight.Â