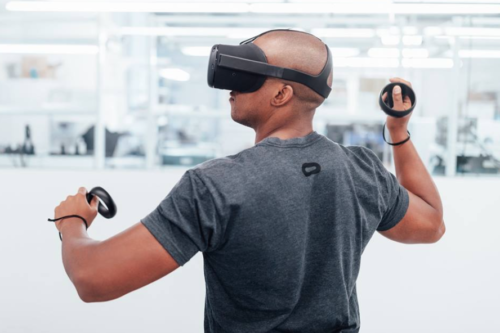 Virtual reality is still in its embryonic stages, with headsets like the Oculus Rift and HTC Vive failing to take the markets by storm straight after their release in 2016. Despite the fact that VR has got off to a much slower start than many anticipated, it is still expected to turn into a flourishing industry. In fact, it has been projected that by 2021 the VR market will be worth $215 billion. To put that into perspective, in 2016 it was worth a mere $6.1 billion. There is no doubt that VR is about to become a major industry, and there are many different sectors that stand to benefit from it. Here we take a look at where it could have a serious impact.

One of the biggest areas that VR is likely to have an impact on is social networking, with Mark Zuckerberg saying that he wants to get one billion people on Facebook using the technology. The founder of Facebook is one of VRâ€™s most passionate backers, and the social networking site owns Oculus Rift, one of the pioneering headsets. The potential of VR for sites like Facebook is obvious, and there are so many advancements that could be made using the technology. One of the main focuses is likely to be on chat features, and it wouldnâ€™t be too surprising to one day in the near future have virtual chat rooms in which users can sit around and interact. As soon as one major social networking site jumps on the technology, it is likely that others will rapidly follow suit.

Lotteries have been played all over the world for many years, and are the most popular form of gambling for Americans. In fact, about half of the adult population in the States plays one of the many lotteries on offer there on a regular basis. While the format of lotteries has changed little over the years, the internet age is enhancing the experience by making it easier to purchase tickets and enter draws. VR could take this one step further, and virtual lottos could soon be a thing. Some ideas of how these VR lottos would work include actually going to a live draw in a VR environment, or entering VR worlds to purchase your ticket. These are definitely good ways to spice up lotteries for 21st century audiences.

There are, of course, many other sectors that will benefit greatly from VR. One of the main ones is the gaming industry, which is already taking huge steps towards a VR future. PlayStation VR was released last year, and there are numerous VR games like Batman: Arkham VR, which have been successful. Other games such as Gran Turismo Sport are opting to include VR elements as well.

VR is certainly in its early days, and as with all new major changes in technology it will take time to reach its full potential. But when it does, it will surely enhance just about every existing industry.