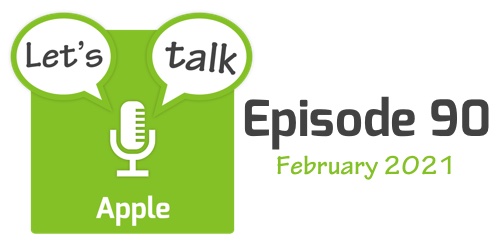 Joining Bart this month are Chuck Joiner from MacVoices and Allison Sheridan from the NosillaCast.

The show starts with a the usual followups and updates on long-running stories. That’s followed by a few notable numbers, some Apple HR news, and some highlights from Apple’s push into original content. The three main stories are how well Apple TV+ is doing this awards season, a dramatic escalation in Epic’s attacks on Apple, and an interesting hearing study run via Apple Health. The show ends with a quick rundown of some smaller Apple-related stories that made the news in February.

Please consider supporting the show on Patreon at https://patreon.com/ltpod.