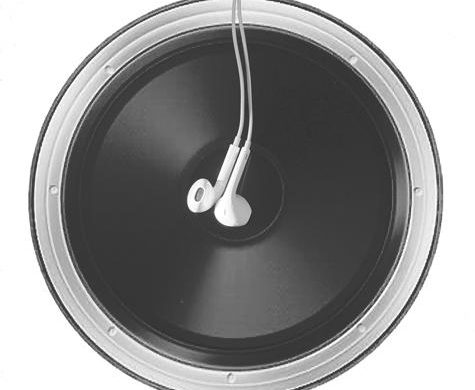 Twenty years ago we were listening to CDs on our living room stereos. Shared listening was by mutual consent because we played music out loud so all could hear. In February, 2001 Apple introduced an iMac with a SuperDrive that could burn custom CDs. Steve Jobs â€œRip, Mix, Burnâ€ presentation brought the audio cassette mix-tape into the new decade. You could now record your own personal assortment of digital songs on a CD. Eight months later, in October of 2001, Apple introduced the iPod that allowed us to carry our music with us. Instead of mix-tapes, we built our own larger  playlists. This â€œA thousand songs in your pocketâ€œ move changed our listening habits. However, the most profound change that altered the way we listened was the white earbuds included with each iPod. With these, we started listening to our music privately. We didnâ€™t have to share, we could listen to any of our music whenever and wherever we wanted. It was liberating, but the isolation kept people from engaging with others.

A year and a half later, Apple opened the iTunes store. This move completely upended the music industry as it permitted the purchase of single songs instead of entire albums. Previously, albums were purchased on the popularity of one or two songs.

In the 2000s, Music As a Service further altered the musical landscape. Spotify, Pandora, Amazon, and eventually Apple Music, granted unlimited access to the digital music world for a monthly fee. This meant you could listen to any song, anywhere, as often as you liked. You didnâ€™t physically own the music, but you had access to it anytime, anywhere.

Portable Bluetooth speakers were developed that permitted sharing music in social situations and were inexpensive enough so that cost wasnâ€™t a barrier. The sound quality wasnâ€™t great, but the speakers became hugely popular. Then Sonos, Bose, a few others, and eventually, Apple introduced whole-home speaker systems where the acoustics were terrific and we returned to listening to our music out loud again.

Recent music statistics from RIAA reveal that 52% of us owned our music on physical media in 2010. By 2020, 80% of us are streaming our music. In these ten years, paid music subscriptions jumped from 1.5 million to a whopping 61 million.

Listening out loud to specific albums on your stereo then ducking into an earbud tunnel for a few years and finally emerging with access to a virtually unlimited music library that is played out loud again describes a fascinating but significant arc.

One thought on “Can You Hear Me Now?”