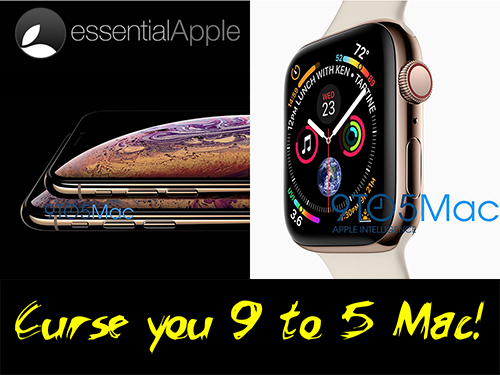 This week I am joined by regular co-host Donny Yankellow to yet again try and avoid all the rumours and leakers as we approach the big event. But of course no one can have missed the 9to5 Mac â€œscoopâ€ that has revealed at least two iPhones and the look of the new Apple watch. With speculation rife we try to find some other stories to talk about. A shorter than usual show unsurprisingly as we all await the big reveals (and hope 9 to 5 Mac haven’t ruined all the fun).
Why not come and join the Slack community? You can now just click on this Slackroom Link to sign up and join in the chatter! We can now also be found on Spotify, Soundcloud and even YouTube.