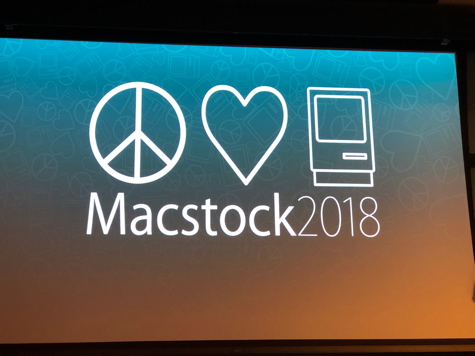 Half the fun is getting there

Macstock2018, the fourth edition of this gathering of the Apple community, took place near Woodstock, Illinois. Our story begins with a road trip visiting interesting sights along Historic Route 66, The Mother Road. This annual journey is the brainchild of Bob Wood. For the past two years I have been privileged to be Bob’s co-pilot on this epic trip.

Last year we didn’t make it to Cadillac Ranch, outside Amarillo, TX, to take advantage of the afternoon magic hour. This year we got there at the right time. 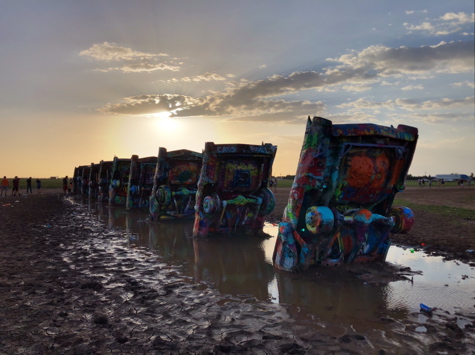 You meet such interesting people along the way. The owner of this classic Ford Cruise Liner was gassing up as we were. 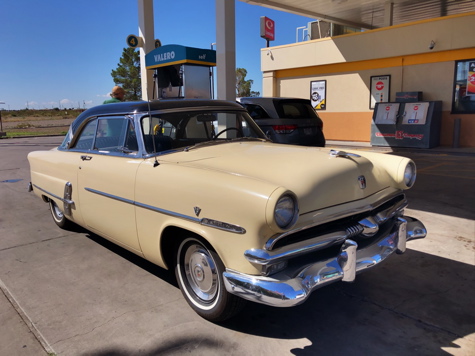 One of our favorite stops is the Tower Building in Shamrock, TX. This is now a visitor’s center and gift shop staffed by the nicest people. 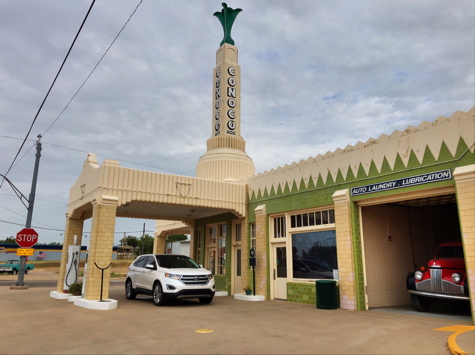 They are not ignoring progress; around back are the most modern of conveniences. 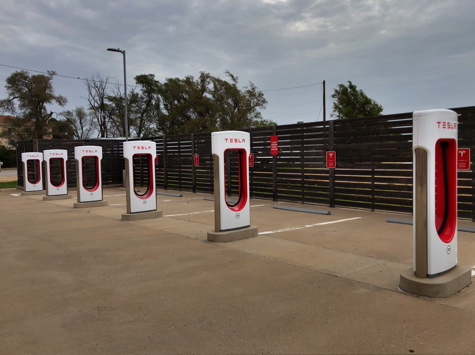 Then on to the best Route 66 Museum in Clinton, Oklahoma. 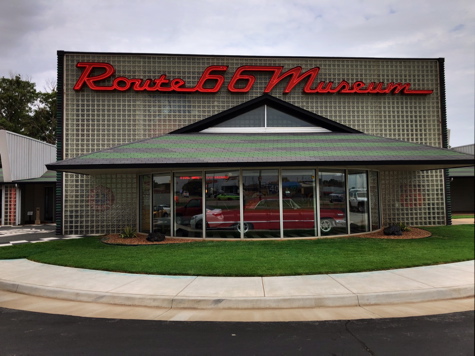 They have registered restrooms. 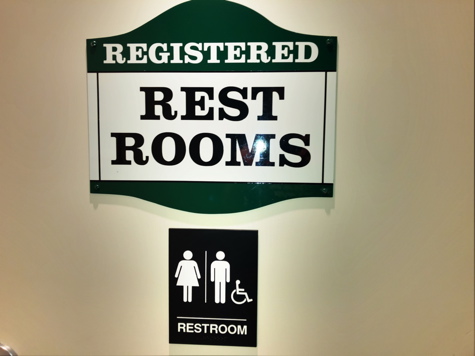 Trying out the local fare, we lunched at the Country Aire Restaurant where the waitress informed us it is a sin not to finsh all the food on your plate. The food was good, but we liked the ambiance at the Route 66 Diner, Saint Robert, Missouri, better. Bob is such a gentleman. 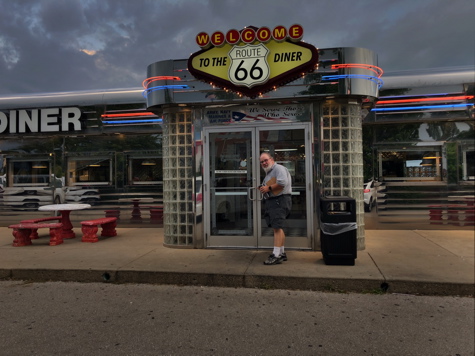 Of course, all our essential devices had to be charged every night. It was a slight challenge plugging in the transformer for my USB Charging Hub into the base of this hotel room lamp. Pro Tip: prop the lamp base on the USB Hub and you get the proper clearance. 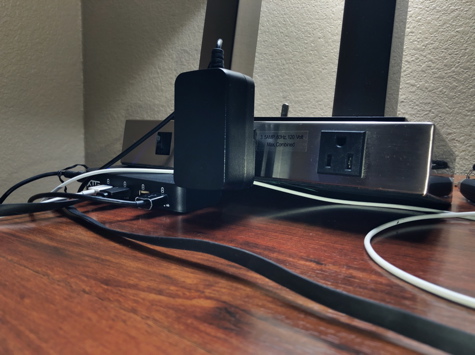 On to McLean, Illinois, where we learned the correct spelling of that thick liquid you put on pancakes. 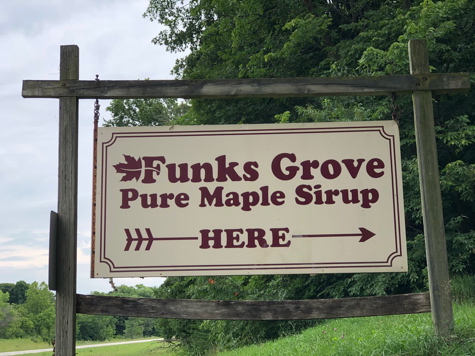 Atlanta, Illinois, is a look into yesteryear with its architecture unchanged from the good old days. 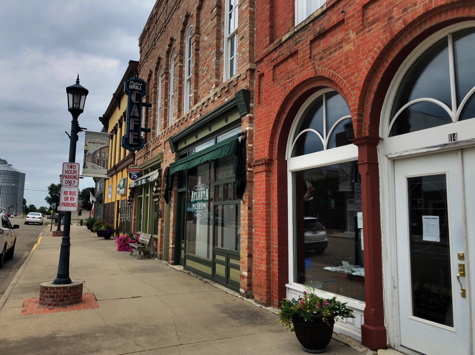 Did you hear that bell clang? 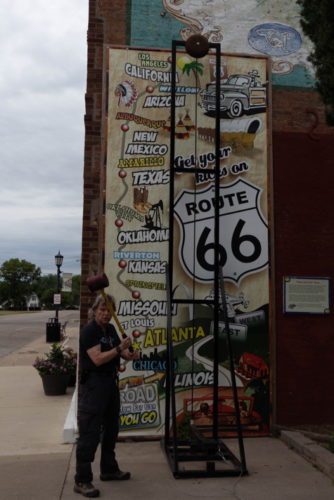 So we swung by ORD (O’Hare International Airport) to pick up Curt Blanchard, and headed to our hotel. It was drizzling from time to time, but we didn’t mind because we were escaping record-breaking heat in the land of the Tucson Macintosh Users Group. TMUG.com 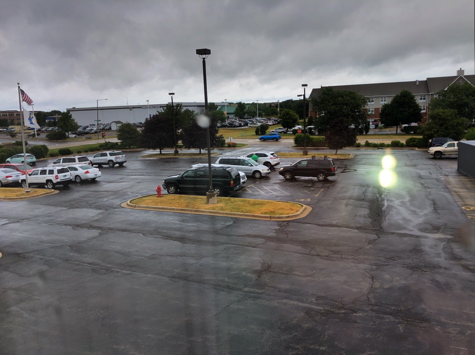 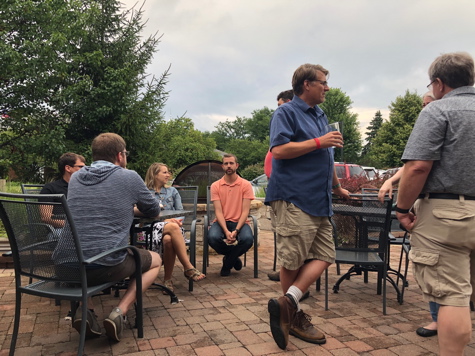 Saturday and #Macstock2018 is underway in the excellent facilities of McHenry Community College. Registration was well organized and staffed by friendly volunteers. 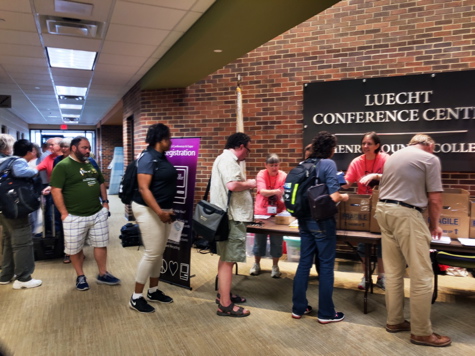 The 20 minute introductory talks were held in the auditorium with a great projector and good audio. 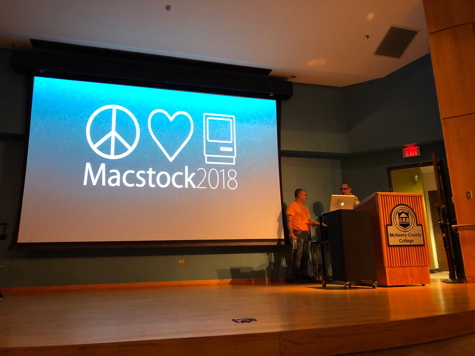 Dr. Mac, aka Bob Levitus, kicked off the event with a keynote highlighting techniques to become more productive. 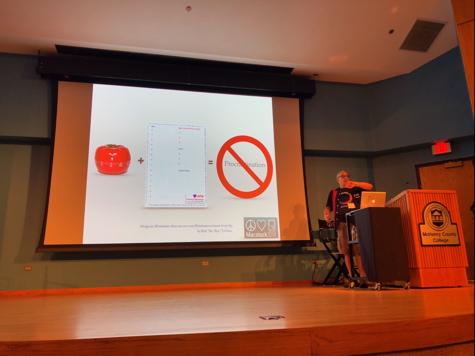 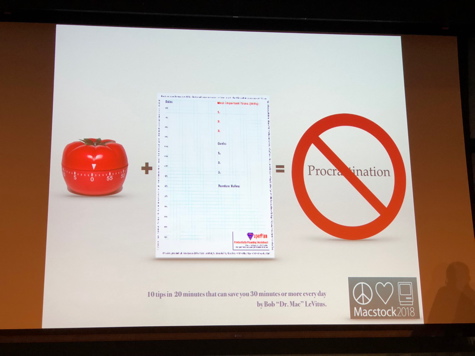 David Ginsburg told us how to use our iOS devices more productively. 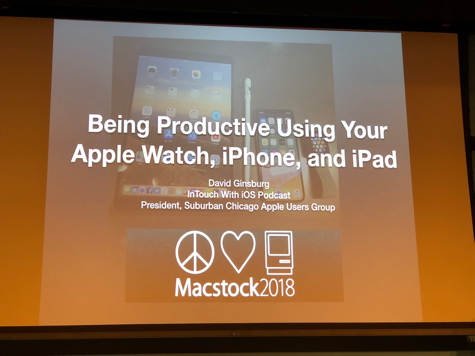 Kelly Guimont demonstrated features in TextExpander that many of us had not known. 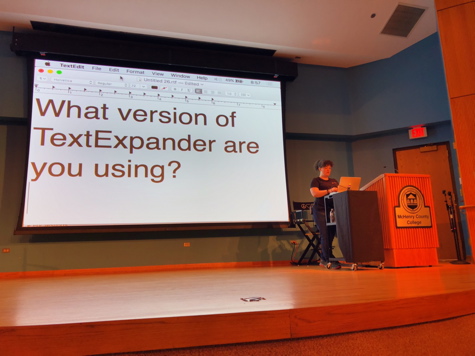 Kelly, like the other presenters, expanded on her topic in the extended Deep Dive. 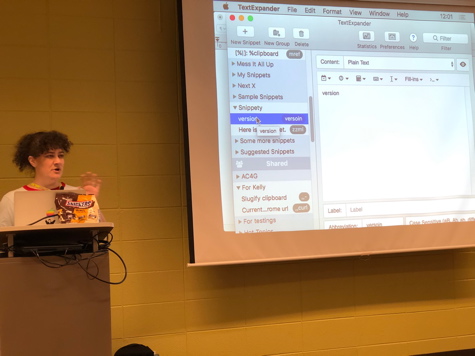 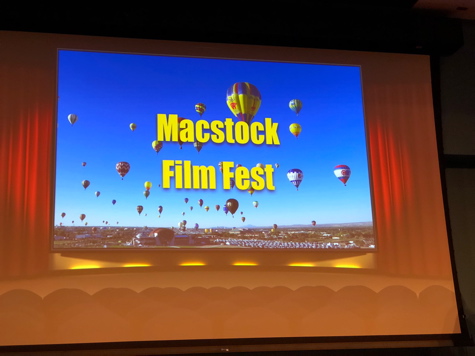 The World Premiere of “Love Notes to Newton”  crowned the two day, of the information packed event. 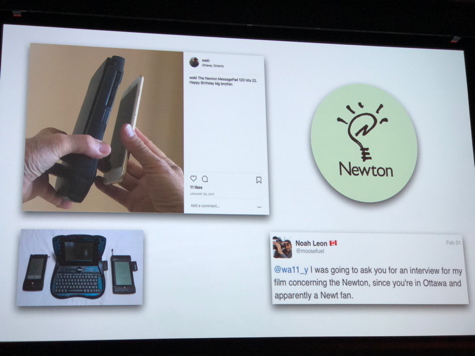 One more thing! Head honcho, Mike Potter, wraped up Macstock2018 with the date for Macstock2019, the weekend of  July 27th and 28th, 2019. Start making your plans now. Mike also advised that the digital version, Digital Pass Macstock2018, will be available in a few weeks, so you can learn what we learned. 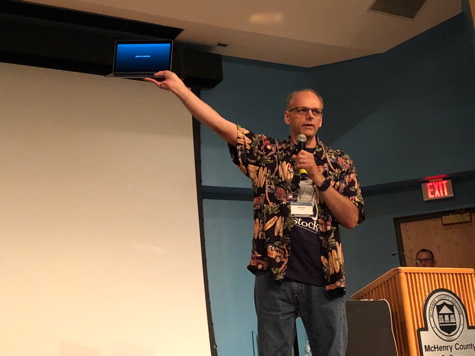 Mike is demonstrating data graphics when the projector has been shut down.

Thanks to Mike, his crew, the presenters and participants for another awesome Macstock — see you next year!