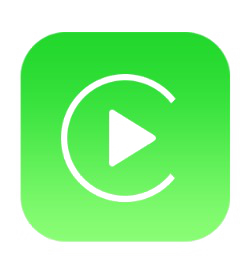 There have been rumors circulating that Apple is considering removing the Lightning port from the iPhone and replacing it with USB-C. Some rumors are even stating that Apple is considering the removal of all ports from the phone. To many people this is not a big deal. Charging can be done wirelessly, and for those who sill sync with iTunes that too can be done wirelessly.

So what is the big deal? Why not make the switch? I say the reason not to make the switch is CarPlay. How many years has CarPlay been in existence? The answer is a four as of this writing. During those four years it has not been widely adapted by car manufacturers until recently. More and more car companies are finally jumping on the bandwagon. Even holdouts like Toyota are finally on board.Â

Now letâ€™s consider how CarPlay works. It works by the phone being connected to the car via a Lightning cable, which requires a port on the phone. Yes, CarPlay can work wirelessly, but those cars with wireless CarPlay are few and far between. The majority of CarPlay autos require a wired connection.

Based on this, I donâ€™t see Apple abandoning the port (lightenting, USB-C or something new Apple has cooking) on the iPhone any time soon. CarPlay is finally being widely adopted. Are they going to leave car companies and the owners of those vehicles in the dust?Â

If they do decide to go portless on the iPhone Apple will need a solution, just like when they removed the headphone jack. However, this solution will be more complicated. They will need a wireless CarPlay adapter, which I would love to see. I have been searching for one of these for years! Iâ€™ve even asked for a kickstarter campaign for one on Twitter. I assume this is really difficult to do since there are ZERO on the market. If Apple removes all ports from the iPhone they would have to change this to at least one real wireless adapter product.

If going portless on the iPhone finally brings a wireless CarPlay adapter then I say go for it, Apple! I’ll be first in line to buy one, even for my phone with a port.

However, until then I donâ€™t see a portless iPhone and Apple abandoning its CarPlay users or the car manufacturers that are finally on board with CarPlay.Â