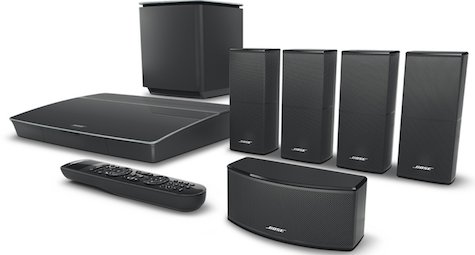 When my late husband and I first moved into our new downtown Tucson home in 2008 we bought a very expensive Bose Lifestyle system hoping to hear good music throughout the house. The system never worked properly for the broadcast FM radio station that we particularly wanted to hear. I think the system would work well for others but, for us, there was a lot of static that we eventually ascribed to the large amount of steel in our newly built house.

Bose technicians came a couple of times to try to solve the problems. My husband wrote a long letter to the Bose CEO. Nothing helped. Now that Iâ€™m alone in the house, good music is even more important to me. I recently paid a technician quite a lot of money to work on the Lifestyle system. He, too, had no success in eliminating the static from the broadcast radio station.

A few weeks ago Bose sent an email announcing a discount on the Wave radio, the one that has a CD player and also plays music from the internet. Despite my dissatisfaction with the Lifestyle system, I have a Bose Wave AM/FM radio that has pretty good sound, as well as a couple of Bose speakers for my computer. Consequently, I decided to buy the upgraded Wave radio. I chose the version with one, not three CD slots, thinking it would give me a tiny amount of needed exercise to change the CD. 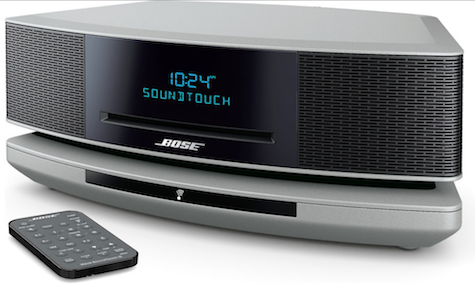 I bought the Wave radio through Amazon, which had the same discounted price that Bose advertised but delivered much more quickly than Bose. A week or so later, I saw that Costco was selling a package of two Soundtouch speakers for a great price. I bought four of them. The Costco price for the four was more than $100 less than anyone elseâ€™s price when one added the sales taxes. 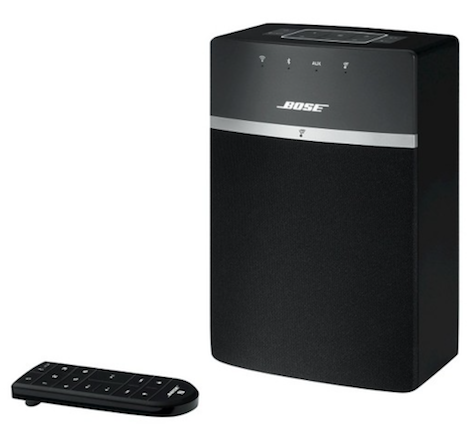 I placed the Wave radio in my centrally located living room. I put two speakers on one side of my three-bedroom 2200 square foot house, one in a guest bedroom and one in a room I use as a studio. The other two speakers are on the other side of the house, one in the master bedroom and one in the bathroom. The sound quality for the radio and the speakers is, in my opinion, excellent despite the fact that they are monaural, with only one speaker in each room. (It is possible to use two speakers to achieve stereophonic sound.)

I downloaded the Soundtouch app and set up the system to play the local classical music station on preset one. I assigned Sirius with the Met Opera, Symphony Hall, and 40s Junction big band music to presets 2 through 4. Pandora, generally set to shuffle, is on preset 5. (I previously had paid for subscriptions to Sirius for my car and computer. I had also set up Pandora to play on my computer and via Apple TV.) Although there is a lengthy manual, I did need to Google to clarify how to set all this up but I did not have to contact Bose. I found it easier to use the app on my computer as opposed to my iPhone or iPad.

I had trouble with the app at first. For example, although I wanted all the parts of the system to play from the same source, some were playing broadcast radio and some were using the streaming source. This meant there was a very slight but annoying delay that I could hear when I moved from one room to another. When I added Sirius it disappeared almost immediately for some unknown reason. Now, however, everything works as it should. I consider myself to be only moderately capable of dealing with technology, so I was quite proud of myself for accomplishing all this.

I can walk from one part of the house to the other and have the same music playing with good sound quality, something I’ve wanted since basically forever. I still have one preset available for which there are endless choices. I can also manually tune the Wave radio to just about any Internet station anywhere in the world and have all the speakers play the same thing or I can listen to one of my CDs, either from the CD itself or from my computer through the system. I can, if I want, have different music playing in one or more rooms. The speakers play streaming music whether the Wave radio is on or off.

Iâ€™m really thrilled with all of this. Yay, me! Anyone interested in purchasing a barely used Bose Lifestyle system?