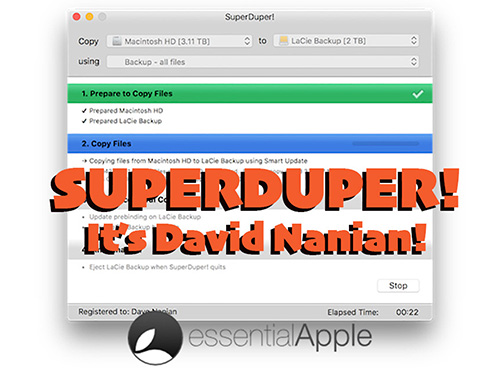 This week Apple released the iMac Pro, purchased Shazam, updated Final Cut X Pro, Logic Pro and Motion. Patreon reversed course and apologised to users. Disney bought most of Rupert Murdochâ€™s empire, and the FFC voted to remove the Net Neutrality rules in the US. We are joined by David Nanian of Shirt Pocket Software the makers of the excellent SuperDuper!, and we wonder if Mark can still hold back on the Quoâ€¦

On this weekâ€™s show