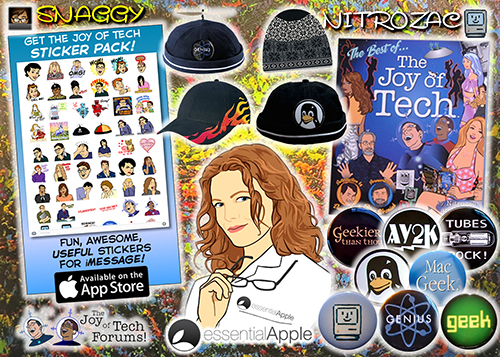 Simon installed the High Sierra Beta and it bit him back! After a fair amount of sweat, swearing and effort though he thinks it may all have been for the best in the end. This week are joined by â€œinternet royaltyâ€ Snaggy and Nitrozac of the revered Joy of Tech web comic and, well, hilarity ensued! Slippers, iPhone Propeller Beanies, virtual carpets and more…

Listen to the Show

EssentialApple.com / TwitterÂ / Facebook / Google Plus / Slack â€“ ask us for an invite any way you can get hold of us.