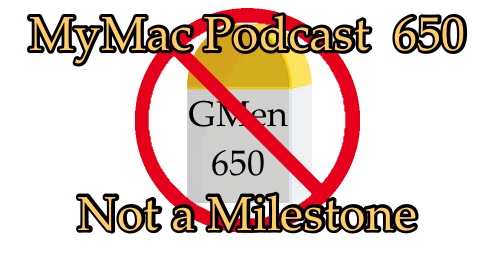 Yeah so 650 episodes, big deal. It’s 365 episodes for the GMen a big yawn of a number. Gaz has a hurt knee and Guy has a hurt neck so it’s also a big bag of hurt. They talk about Apple’s AR efforts, OS updates, Workflow and whether it’s a coming or a going, and intimate products with their relation to hand lotion.

Again more news about AR from Apple, this time though they are talking about Glasses. No Apple No just look at Google Glass. Don’t do it.

Apple updated all the IOS Capable devices to APFS this last week, I heard very little in the way of issues, and apparently you get some space freed up. Win win all round I’d say

Now this one I agree with, Apple no longer are Apple allowing developers to advertise pricing info like Free in their App Titles. This is what happens when you don’t get the rules and processes right in the first place though.

REALLY shakes head. No one cared until Apple became top in this list!

Gaz’s Pick/Tip: I love watching the video’s from this guy.