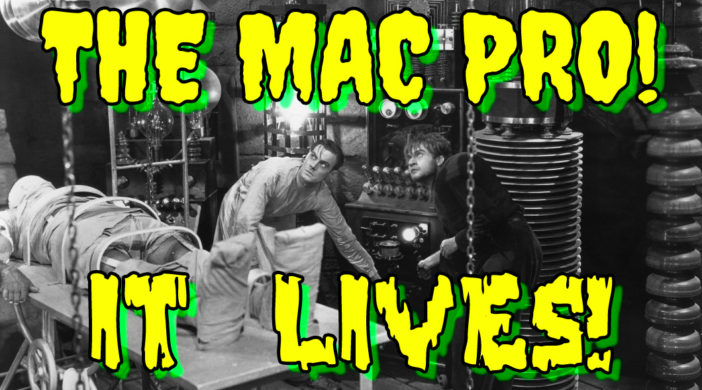 An extra long show as a surprise guest drops by. We talk about Markâ€™s unfortunate week. Apple and their remarkable and unprecedented revealing of future product plans. Apple/Microsoft/Android â€œmarket share/user baseâ€, the Samsung Dex Dock and, well, anything else that catches our attention deficit disordered minds!

Simon â€“ Looks like Mark could have made use of that earlier in the week!

Read all about it over on the Essential Apple site

Mac Pro isn’t dead and Apple do care about Pros

Apple meet with Gruber and a few others and spill the beans on the Mac Pro, plans for a new one, iMac Pros and more â€“ Daring Fireball and Tech Crunch

In a recent statement, Apple has admitted that there are around four times as many Windows 10 users as there are Mac users
The statistics show that Appleâ€™s macOS operating system is not lagging behind as initially expected, even though it is miles behind Microsoftâ€™s Windows 10 in terms of user base. According to a briefing with TechCrunch, Appleâ€™s Phil Schiller admitted that the companyâ€™s Mac platform had been adopted by nearly 100 million users.

â€œSchiller shares some numbers he says are meaningful to Apple. The Mac user base is nearing 100 million users. As a business, itâ€™s also nearing a $25 billion run rate and is close to being a Fortune 100 company on its own. Apple now ships computers at a ratio of 80 percent notebooks to 20 percent desktop computers, a stat they havenâ€™t updated the public on in some time. MacBook Pro sales have been strong, with 20 percent growth in fiscal Q1 y/y.â€

At the same time, Microsoft announced earlier on that its Windows 10 user base was standing in at 400 million users, showing the dominance of the companyâ€™s desktop OS. â€“ Techworm

Simon â€“ In my eyes that’s good – I remember when it was more like 19 to 1 because Apple held about a 3-5% share of the market! If they’re saying 4 to one that means Apple is holding somewhere around 20% of the market – Perhaps that is why…

Microsoft recently released an app called â€œMac to Surface Assistantâ€ which in case the name did not already give it away, is an app designed to help Mac users port their data and files over onto Windows in an easier fashion. Users will still be required to have an external hard drive if they want to make the move, especially if they have bigger files, but the app is designed to help make the process more streamlined â€“ Clotheshorse

Android overtakes Windows to become the internet’s most popular OS

Clips is a new app for making fun videos to share with friends, family, and the world. With a few taps you can create and send a video message or tell a quick story with animated text, graphics and emoji, music, and more.

Videos made easy
â€¢ Clips lets you create videos in real time using simple controls â€” no timeline, tracks, or complicated editing tools â€¢ Shoot live video and photos or add them from your library â€¢ Easily mute audio, adjust the length of your clips, and reorder them â€¢ Clips looks and works great on iPhone, iPad, and iPod touch

Fun effects
â€¢ Give your photos and video clips a comic book look with color and black & white filters â€¢ Drop in animated speech bubbles, arrows, and banners â€¢ Add emoji on top of any photo or video clip â€¢ Use full-screen posters with animated backgrounds and customizable text to help tell your story â€¢ Drag and pinch while recording to add smooth pan and zoom animations to your photos and videos â€¢ Add a music track from your library or use built-in soundtracks that automatically adjust to the length of your video

Smart sharing
â€¢ Clips suggests people to share with based on who is in your video and whom you share with most often â€¢ Tap a person in the share sheet to instantly send your video via Messages â€¢ Send directly to Instagram, Facebook, YouTube, and other popular social media sites

Clips is on the App Store info here

Walt Mossberg is retiring in June

Thanks for reading, watching, listening â€“ The Verge

Simon â€“ Is it a good idea? (commercially I mean) – I know techies like us find the concept appealing, but is it really a viable concept? Is it viable in the future but not yet? Would you want a $150 Dex, a screen, a keyboard and a mouse that basically sit idle 99% of the time because your phone is in your pocket. I’d say it is more â€œinterestingâ€ than â€œgreatâ€ – I could see it perhaps working for some sort of â€œhotdeskingâ€ environment

From: Richard Gregory
Subject: Head’s up on a weird iOS upgrade issue

Hello all and thank you for sharing your ramblings,

I had a major issue that is probably rare but worth sharing with anyone who will listen and uses an ad blocker on iOS.

I’ll keep it short – after having hangs on all my devices when upgrading to iOS 10.3 I figured out what was happening. The install was hanging at the iCloud account info screen regardless which option I selected (enter my password or skip).

It turns out that I had set a proxy server up because that’s how weblock app works on iOS both on my phone and iPad. For WHATEVER reason this was blocking traffic to Apple’s iCloud servers only after the update to 10.3 as everything worked fine before the upgrade.

I tested this theory and contacted futuremind (the dev) and received a nice reply saying they are working on fixing this issue. Here is their reply to my email describing what happens-

we are hard at work to investigate and fix issues with iCloud and other Apple services while Weblock is enabled. We’ll introduce a “allow apple” rule at the end of Filters section once we test it thoroughly.

This cost me a LOT of time on the phone with Apple’s support (which was helpful). It’s a very oddball issue that will really tick off those it affects.

To me this was even worse than having an EarPods set that doesn’t work properly. I’m kidding, I feel your pain as my nearest Apple store is 100 miles away, a trip I have made more than once.

Also – the new iPad has a teardown now that seems to confirm it’s aimed at keeping costs low for both Apple and the owners, for example the screen replacement is cheaper not being laminated IIRC. Your podcast brings up some good points that aren’t fully explored at times, I enjoy hearing these being re-capped and updated in the next podcast.

Keep things positive, I hope all is well with everyone,

MacJim sent us a review of the 595Strapco camera strap, and gets the award for being the first person to send in a Pages file! It will be up on the Essential Apple as soon as we get a chance to catch up Jim we promise!

EssentialApple.com / Twitter / Facebook / Google Plus / Slack â€“ ask us for an invite any way you can get hold of us