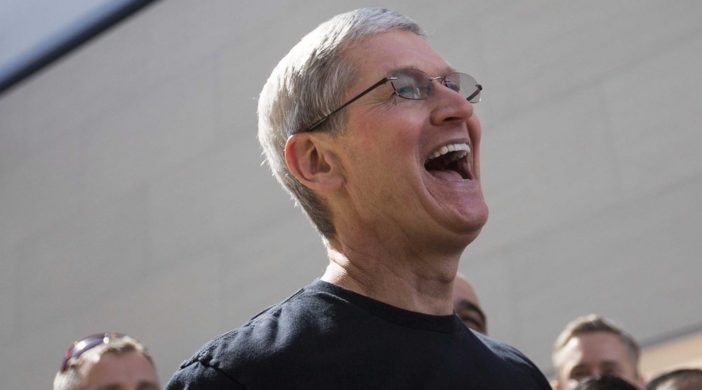 We are finally out land of 16GB Devices. The iPhone SE comes with 32GB. Finally a new iPad – be it a bit of a â€˜curateâ€™s eggâ€™. The Product(RED) iPhone makes an appearance and we make time to ponder the meaning (or otherwise) of a slightly unusual Apple Patent.

iPad 2017 v iPad Air 2 notes. iPad (2017) is notably thicker and heavier than the 2014-released iPad Air 2 and (2016) iPad Pro 9.7
Dual external speakers rather than the powerful quad arrangement seen in the iPad Pro models.
All displays look identical but with the new iPad Apple has removed the anti-reflective display coating and fallen back from the display actually laminated onto the back of the glass as seen more recently. Also this model has no TrueTone and doesn’t have the newest wider gamut screen.

Thoughts on this. A nice enough idea but could eat into the iPad market.
What would happen each design refresh? Would you have to get a new docking station?
Would it just be a screen powered by an iPhone? You’d probably not want to use the iPhone as a trackpad. Is this the ARM laptop? Is Apple aiming to make iOS the consumer choice and macOS the â€œpro levelâ€ one (even if we can’t define what â€œproâ€even means).