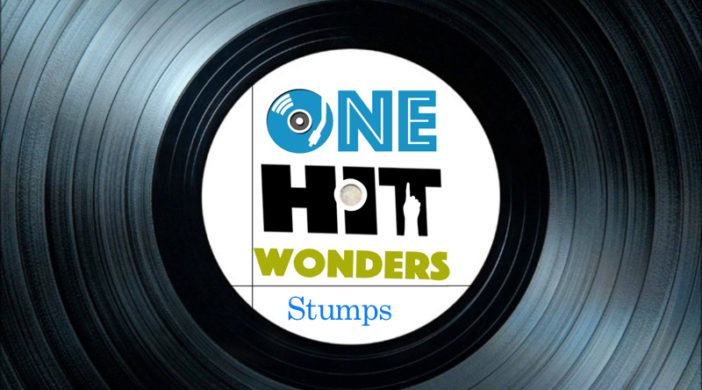 This week it is Elisa with Mike and Kevin while Melissa is recovering from being ill.

We have a special show for this week. After our discussion a month or so ago about my ear worm with thought a stump the geek show on one hit wonders would be fun. Below by person are the songs we each choose.

Elisa – Rocky by Austin Roberts,18 With A Bullet by Pete Wingfield, Iâ€™m On Fire by 5000 Volts, Iâ€™m On Fire by Dwight Twilley Band, Telephone Man by Meri Wilson, Turn Up The Radio by Autograph, My Girl by Chilliwack, Girl of my Dreams by Bram Tchaikovsky, Sugar Baby Love by Rubettes, Jukebox by The Flirts, Politics of Dancing by Reflex, Life is a Rock by Reunion, Letâ€™s Go All The Way by Sly Fox, Run Runaway by Slade, Lunatic Fringe by Red Rider, Letâ€™s All Chant by Michael Zager Band, Up In A Puff of Smoke by Polly Brown, Major Tom by Peter Schilling, I Go Crazy by Paul Davis, Wouldnâ€™t It Be Good by Nik Kershaw and lastly Eres Tu by Mocedades

Mike – Billy Don’t be a Hero by Bo Donaldson and The Heywoods, Love Grows Where Grows my Rosemary goes by Edison Lighthouse, The Streak by Ray Stevens, To Sir With Love by Lulu, Old Home Filler Cafe by CW McCall, Wildfire by Michael Murphy, Kung fu Fighting by Carl Douglas and lastly Convoy by CW McCall.

Kevin – In the Summer Time by Mungo Jerry, Convention 72 by The Delegates, Indiana wants me by R Dean Taylor, Popcorn by Hot Butter, The Man on Page 602 by Zoot Fenster, The House of the Rising Sun by The Animals, Homegrown Tomatoes by Guy Clark,Â  How Do You Do by Mouth and MacNeal, One Tin Soldier by Cast, Rubber Ducky by Ernie and Burt, Theme from Love Story by Francis Lai, Kiss an Angel Good Morning by Charlie Pride, Hot Rod Lincoln by Commander Cody, The Boys are Back in Town by Thin Lizzy, These Boots are made for Walkinâ€™ by Nancy Sinatra, Stumblinâ€™ In by Chris Norman and Suzi Quatro and Turning Japanese by The Vapors.