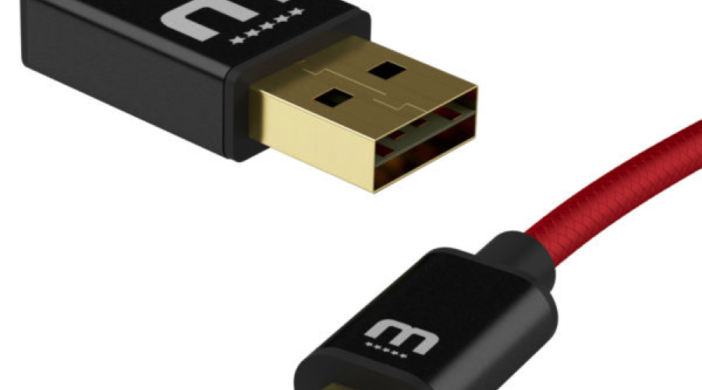 I no longer carry an iPhone. After working with one of the creators of Android, I was convinced to try an Xperia Z3, an amazing phone by Sony. Yes, it is Android, but it has so many advanced features (like a 21 Megapixel camera), I couldnâ€™t say no. But there are still things about the iPhone I miss, and one thing especially is the power cable with Lightning connector. There is something to be said for a connector that can be easily and quickly plugged into the phone without having to look and rotate the connector to the proper orientation. This is especially nice in low light or while driving.

Most Android phones, like my Sony, use a micro-USB cable for charging. It is an annoying little connector that can only be inserted in one orientation. That means a 50/50 chance of getting the cableâ€™s orientation correct, and that usually means that you will almost certainly get it wrong. (Thank you Murphy and your laws!) Sadly, the same thing often happens with the full sized USB cable end as well. You go to insert it, and most of the time, it seems, you have it in the wrong orientation and need to turn it over.

Yes, you can take the time to examine the connector first and rotate it to the right orientation. But in many case, like driving for example, that does not work well. Same for trying to reach a connector in a dimly lit, hard to reach location (like a backup drive behind the computer. It seems I am not the only one with these cable issues, because here comes Winnergear with their Micflip micro-USB cable.

It can be used in any application where a standard cable is used, like charging a phone, a tablet, a Kindle, or connecting to a hard drive. They designed the connectors at both ends to just be inserted into the sockets in either orientation, so there is no more fumbling with or spinning the connectors when trying to insert them into a device. Just plug them in, and they work.

And yes, it works, and works quite well. I tried the cable on a mini-HD drive, my Sony phone, and a Samsung tablet. All worked perfectly. I must say I was stunned, as I had no idea that USB connectors were symmetrical, and I was quite cynical that this would work well at all.

I also had concerns that these connectors would somehow ruin the sockets they plug into. After all, donâ€™t they need to be slightly larger than a standard connector to work like this?

Well, actually, no. A standard micro-USB is flat on one edge and angled on the other as can be seen here in this image from Wikipedia, meaning they only insert in one orientation. (https://en.wikipedia.org/wiki/USB#/media/File:USB_Micro_B.svg):

In order for this connector fit both ways, it would need the same angle cut on both sides, and it would have to look like this:

And that is basically what they have done. As you can see, it actually fits within the old connector profile just fine as it just cuts off the corners on the square side, so should cause no problems. Of course, the connectors had to be redesigned, and that is part of this cableâ€™s magic. And there was concern that it might fit too loosely now, with the square edge gone. That did not seem to be a problem.

The other side is not quite as simple, yet it works the same. The large size USB connector can be inserted in either orientation as well. So how does that end work? Here is a typical USB connector (thanks again Wikipedia):

By changing the design, now this connector can be inserted in either orientation, and yes, it too works well. But I have two concerns here. First, the space on the â€œtopâ€ of the connector is slightly larger than the space on the bottom, so it goes in one way a bit easier than the other, meaning you need to push a bit harder in one orientation. Which brings up my other concern. I have broken standard USB connectors (or sockets) trying to install them too quickly and just pushing them in upside down. And this one, having a very thin connector board in the middle makes me wonder how long before some socket is not well aligned, and the connectorâ€™s thin middle board just breaks off? Will this last?

Well, so far, for about two months, I have used this cable on several products, in my car for phone power, on my computer for external drives, on my nightstand to charge my phone, and have connected and disconnected it many more times than I would have any normal cable. I am happy to say, it is still working great. Time will tell how long it may last, but so far so good.

So for now, one more missing feature of my Android phone, the easy to insert charging cable has been taken care of. As is the annoyance of always having to rotate my USB cables to connect them. I am buying a few of these and putting them in my car, on my nightstand, and next to my computer, all places where I want fast connect and disconnect.

Pros: Quickly plug in a device without looking at connector orientations. Makes connections fast, much like a lightning connector. Itâ€™s a heavy duty, well made cable.

Cons: For the compromise of inserting both ways, will the cableâ€™s connectors last as long as a normal cable? I have concerns here.

So I give it an 8 out of 10 MyMac.com review rating. I hope to see other similar USB cables from them as well.