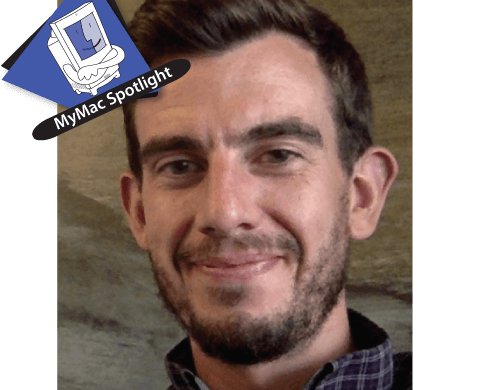 This week, we turn our attention to Dave Gradwell of Backaroo

In 2003 I started working at a bicycle shop in Edinburgh where Macs were used extensively â€” about 100 of them throughout the 9 branches.Â  All the systems were written in-house and I was offered the job of developing them because I claimed to be capable of doing so.Â  I wasnâ€™t, so I worked late a lot.Â  Eventually I managed to automate a bunch of things that I thought were just too boring for a human to do.Â  This included running backups.

The Ferranti Argus 100 is pretty tasty.Â  It has an attractive attitude of servility which I think is embodied by machines of its vintage.Â  There is one on display at the Cambridge Centre for Computing History â€” here it is on their website.

Military computers are fun to look at if you like to muse on design.Â  Some are really well designed, some are frighteningly badly designed, and some are frighteningly badly designed and attached to nuclear weapons.Â  As far as I can tell, the Argus 100 is one of the better designs, although perhaps I am biased â€” my flat in Edinburgh was built on the site of the old Ferranti factory and several mates work for Selex Galileo, the defense company now situated at another of Ferrantiâ€™s historic sites in Crewe Toll â€” arguably the birthplace of the Scottish electronics industry.

In technical terms, Backaroo is a GUI for rsync and rsyncd.Â  It is a backup system (client and server) for the Mac.Â  If you want the power of rsync without having to learn how to set it all up then you might consider Backaroo.

Loading chicks into chicken houses at Bonhard farm in Scotland where my Grandparents lived.Â  The farm was a pretty interesting place to hang out.Â  Lots of machinery busy doing proper automation and if it was badly designed then things would die.Â  Power, usability and reliability were all highly regarded traits.Â  Safety not-so-much â€” so it was important to be lucky.Â  I cheerfully recall safety chutes being roped open so grass could be cut faster, and the JCB which could be wheelied in reverse if the front scoop was overloaded.Â  With imbalance alarms wailing in protest, the reluctant-but-servile machine obeyed the skilled operator and got the job done faster.Â  I wonder if current models still allow this.Â  I hope so, it looked cool.

I would encourage anyone to think more about design & usability and less about the actual programming.Â  Iâ€™d also recommend Python and PyQt, if thatâ€™s not too much of a paradox.

James Adams is the author of Good Products Bad Products.Â  He also writes this humorous blog.Â  He extols products that help people and, being a professor of Engineering at Stanford, has the educational acumen to incisively deconstruct those that donâ€™t.Â  This all-too-often includes the worldâ€™s growing pile of digital cruft.Â  You donâ€™t want to be featured in the â€˜badâ€™ section.Â  So I guess itâ€™s more aspirational than inspirational.Â  He also comments on capitalism and its effect on quality, which is a trip.Â  I need to read it again soon.