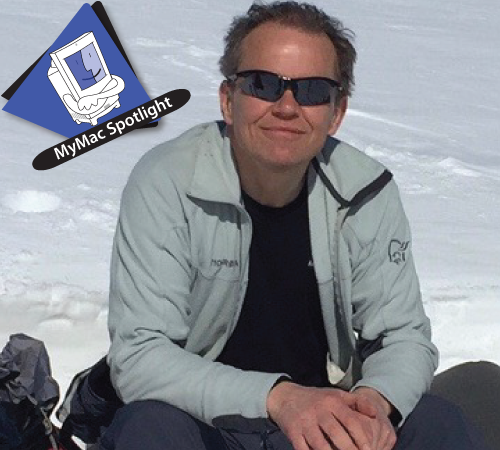 This week, we turn our attention to Thomas Evensen, creator of RsyncOSX

I became interested in technology in the mid 80’s, when IBM launched the IBM PC. I am a naval engineer and during my study we used a computer for calculations and simulations. After my degree I joined the Navy and served as chief engineer on the fast patrol boat squadron. After the Navy, I took my master’s degree in computing science, about when the Internet was created as we know today. Since then I’ve worked with IT for finance and university systems. So I’ve been around for a while, and I’ve always been fascinated by technology.

2 – What is your favoriteÂ computer of all time?Â

I have been a Linux guy since the early days of Linux, but I’ve always been fascinated by Apple and its philosophy. Today I am a dedicated Apple user. Apple has a design philosophy that appeals to me. Has been an Apple user for the past 10 years but remains concerned about Linux as well. My personal computer is a Macbook Pro Retina. And my computer at work too.

RsyncOSX, well it started as a project to learn Swift 2 and Xcode. In some time I used rsync command-line tool to backup my files to servers on my network. The rsync commands was written within a text file and backup/restore was done by copy and paste rsync commands from text file into a terminal window. Rsync is a fantastic tool with tons of options. Why not make a GUI for it utilizing the most used options and make it easy to execute rsync tasks and manage different source and destination locations? It would serve as a project to learn Swift and I needed a GUI on top of rsync.

The major drawback by using rsync with remote servers by a GUI it requires to setup a ssh pass-wordless login. But RsyncOSX works fine for local volumes as well.

The beauty of rsync is that it has been around for many years and it is rock solid. It is available and most platforms (OSX, Linux, Solaris, FreeBSD and so on). Anyone with some interests of computers is able to set up their own backup server based on their preferred OS. Backup is important and store backups on more than one location.Â Â

My first job was as a chief engineerÂ (in the Navy).

5 – What advise would you give to younger people just getting into technology?

Technology is a very broad term. I hope that today’s youth will begin to learn programming already in elementary school. I think it is important to have knowledge about a subject next programming such as bio computer scientist. General programming knowledge in itself is good, but has in addition a subject to apply their programming knowledge, I think you can get longer. But anyway, follow what you like when you come furthest.

7 – Where can people follow you online, and what is your website?Â
http://rsyncosx.blogspot.no/Â andÂ http://toppturminner.blogspot.no/ (in Norwegian, but can be translated by Google Translate)