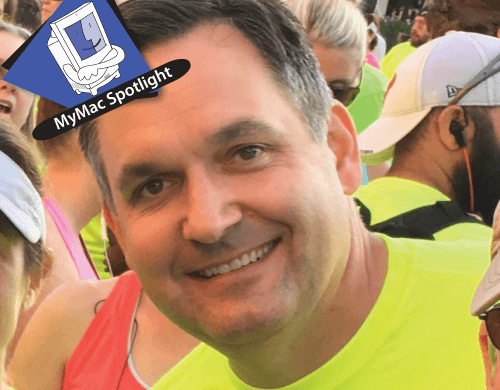 Who are the people behind the technology that we love so much? We know the products, the websites, the online personalities but we want to learn more!

Every week here at MyMac.com, we will spotlight a company, developer or person that supports Apple users by creating solutions or entertainment for the Mac, iPhone, iPad, Apple Watch, Apple TV and other platforms we all use and love by asking them to answer seven questions.

This week, we turn our attention to Josh Laase from Desktop Intercom

When I was very young, my parents bought me a Commodore VIC-20. I spent a lot of time writing basic programs and even more time typing programs in from magazines.  From there, computers were always a hobby but in high school, I drifted away from computers.  I actually went to university as a microbiology major and planned to be a doctor.  I was still playing with computers on the side and even had a job supporting macs in one of my labs.  It was not until after I graduated from university that I realized that I wanted to make computers into my full time job.

My favorite computer of all time would be the custom beige boxes that I built with my friends during the 90s.  We would spend months pouring over the different specs and looking for the best price.  We would then have build parties and play videos games all night.  If you do not like that answer, I would pick my  Apple Mac 6100.  I bought that in my last year at university.  It was my first Mac and I loved it.  I would drive my friends crazy with  super cool voice control.  My future wife also loved playing Mac Attack on the 6100.

My latest product is Desktop Intercom.  is a simple and intuitive application that allows you to broadcast your voice to another Mac or Windows PC on your local network. All the end user has to do to get the software working is to launch it on two computers on the same network and the clients will discover each other.  After that, you just have to click the “Talk” button to start using your computers as an intercom system.

My job in computers was handling tech support at DNA lab at Texas A&M University. It was a great job because all of the computers were Macs, connected to the Internet and the year was 1994.  This means that I was able to load NCSA Mosaic and start exploring the early web.

5 – What advise would you give to younger people just getting into technology?

Build things and always keep learning. People often get caught up chasing the ever changing technologies that comes along.  I would suggest the young person figure out what interests him or her and start working on a project. The more that you use technology the more you learn. Actually writing code or building a circuit is best way to get the experience everyone needs to get started.

I would not say that I have an inspiration but I did have a boss who was a strong influence.  One of my early bosses, Ben Wolfe, taught me to look at all of the different ways that we could used basic technologies to accomplish bigger things.  He exposed me to a lot of interesting technology during the 4 years that I worked for him. He instilled a desire to always be learning and doing.