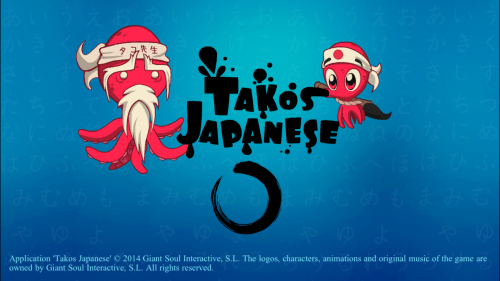 A couple of years ago, I recommended someÂ great iOS apps for learning JapaneseÂ on my website. I still like and use most of those apps regularly, especiallyÂ MidoriÂ andÂ Japanese.

Recently I found another Japanese study app for iOS that Iâ€™ve been using on a daily basis to learn and remember more kanji. Itâ€™s calledÂ Learn Japanese with Tako, and itâ€™s a fun and novel app for learning hiragana, katakana, and kanji, as well as basic pronunciation.

This app is wild. It uses some of the same writing practice modes as other Japanese learning apps, but it frames everything with cute animations of two octopus (è›¸ or ãŸã“), known asÂ takoÂ in Japanese. One is the elderly teacher, and the other is the young one learning and practicing, representing the app user/student. 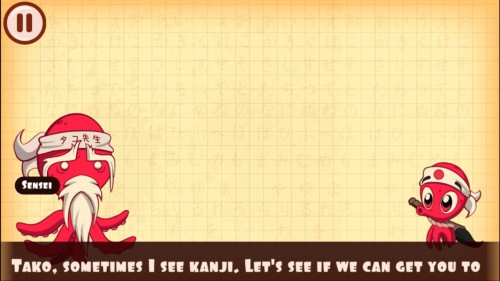 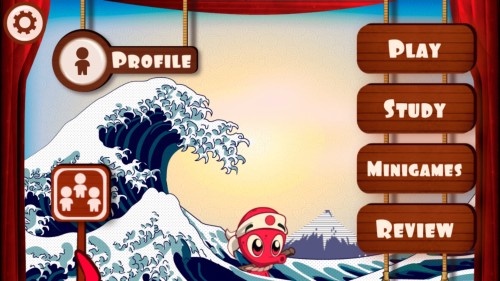 When you launch the app, you have a bunch of different learning options: Play, Study, Minigames, and Review.

The Japanese writing system is comprised of three main types of characters: hiragana, which is used for most Japanese phonetic sounds; katakana, which is used for foreign words and technical terms; and kanji, which are the Chinese characters adopted by the Japanese. Kanji are symbols that represent an idea and can have several different readings and pronunciations. Kanji are widely used in Japanese for the main components ofÂ nouns, verbs, and adjectives, with hiragana providing the particles and inflections.

If you donâ€™t know hiragana and katakana, you need to learn them before you start on the kanji lessons. Theyâ€™re used in the reading tests and the pronunciation sections for identifying kanji. Kanji are more limited at the moment; the app currently has Japanese Language Proficiency Test (JLPT)Â N5 level kanji, and shows N4 on the screen, but that option is currently unavailable. Iâ€™m guessing that a future update with more kanji is in the works. 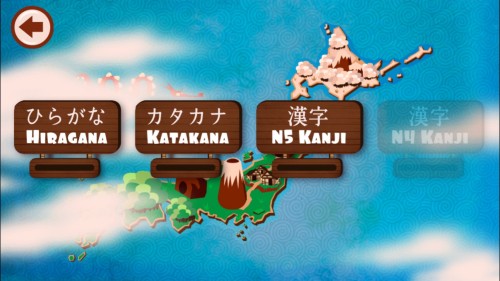 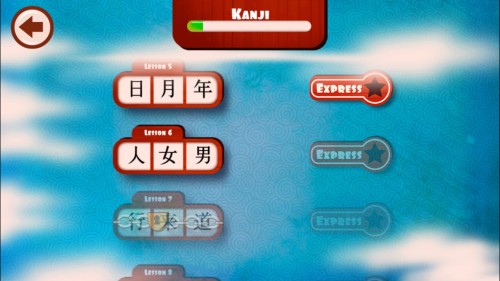 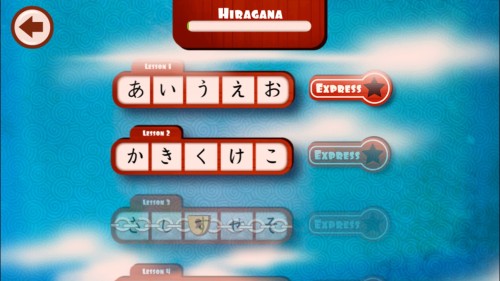 As you study kanji, youâ€™ll practice writing, reading (matching them with hiragana and katakana), learning the Chinese and Japanese readings, and playing mini games that reinforce the learning through recognition and matching.

The best part about each lesson is that it forces you to go through each learning mode: writing, pronunciation, reading/recognition, and review with challenges and mini games. Itâ€™s a great way of reinforcement that drills the kana and kanji into your head while providing variety and character recognition under differing circumstances so that youâ€™re not just remembering them based on one set of app test questions.

Study mode lets you choose any character from either of the three sets (hiragana, katakana, or kanji) and practice writing that character for as long as you like. You can also listen to the spoken character in this mode. This mode is unrestricted; you can study characters that you havenâ€™t covered in Play mode. 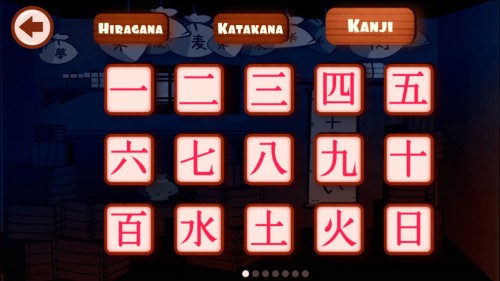 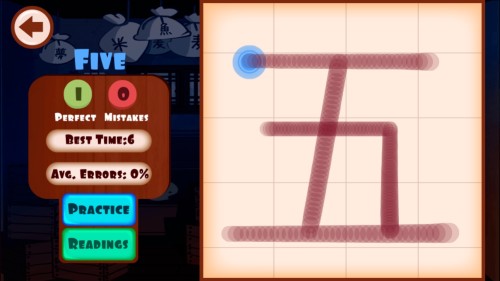 The minigames option lets you play any of the games that pop up during Play mode. Each game lasts five rounds.

To see how the games went outside of Play mode, I chose the restaurant game with kanji as the target. As far as I can tell, it only used the sets of kanji Iâ€™ve unlocked so far, including the last one. If I hadnâ€™t already known the kanji in the last set, which Iâ€™d unlocked but not practiced yet, I would have failed those. 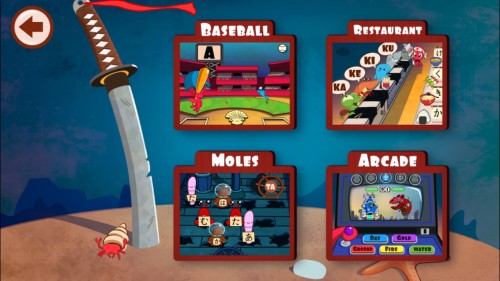 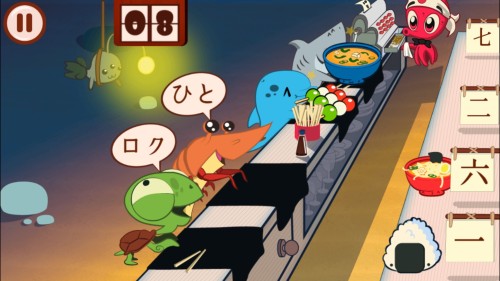 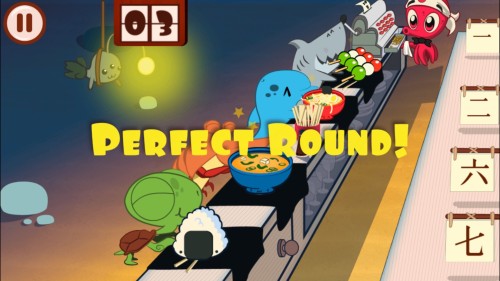 I also tried hiragana, and it seemed to stick to the sets Iâ€™d practiced there in Play; whereas katakana, which I havenâ€™t studied at all in this app, tested me with the katakana counterparts of the hiragana that I had studied. Grogshot Games clearly put some thought into how to handle cases where users havenâ€™t finished studying everything before jumping around inside the app and trying different things.

My only complaint with the app is that it only providesÂ the Japanese Language Proficiency Test (JLPT) N5 level of kanji, which is the most basic level. It would be nice to have up to at least N3 (the intermediate level in the Japanese Language Proficiency Test) for more serious study capability. For that reason Iâ€™m rating this app an 8 out of 10 instead of a 9 out of 10.

Below is my video walkthrough of Learning Japanese with Tako:

Learn Japanese with TakoÂ is a universal app, currently $2.99 USD, and isÂ available for iOS devices in the iOS App Store.