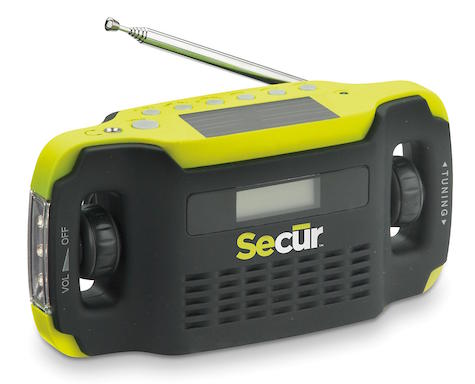 I am currently the advisor of the Environmental Club at the high school where I teach. As a result, Iâ€™m always on the lookout for ways to minimize the impacts upon the environment that our technology inevitably causes. Our club recycles hundred of pounds of batteries each year in an effort to reduce pollution in our landfills. When I discovered SecÅ«râ€™sÂ line of solar powered devices, I was intrigued and eager to take a look at them.

Because the SecÅ«r SP-2000 Digital Solar Radio and LED FlashlightÂ contains a 300 mAh lithium battery pack that can be recharged in several different ways, it reduces a userâ€™s dependence on a bunch of batteries or a power supply. This is especially useful during camping excursions where access to power is limited or nonexistent. The product should never need a set of batteries.

The exterior of the SP-2000 is a combination of plastic and a slightly textured material that feels like silicone. It seems quite rugged and has had no problem withstanding any abuses I have put it through in my testing. The most noticeable feature of the SP-2000 is the folding dynamo crank on the back.

Finding a comfortable way to hold the SP-2000 while cranking the dynamo was sometimes awkward. It will still prove very useful in emergency situations. As the batteryâ€™s power runs out, the radioâ€™s sound slowly fades to silence over several minutesâ€™ time. A quick crank of the dynamo brings the radio back to life instantly. 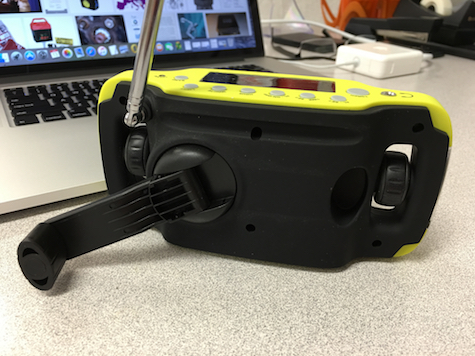 At 14 lumens, the SP-2000â€™s three LED flashlight is bright enough to facilitate seeing nearby in darkened areas. Turning it on or off is easy with the torch button on top of the radio. Because the SP-2000 also has a small solar panel on its top, recharging the unit for one hour in full sunlight should provide thirty two minutes of flashlight time and thirty minutes of radio running time. Placing the SP-2000 in full sunlight immediately begins the solar charging process, as indicated by a red LED light on the top. 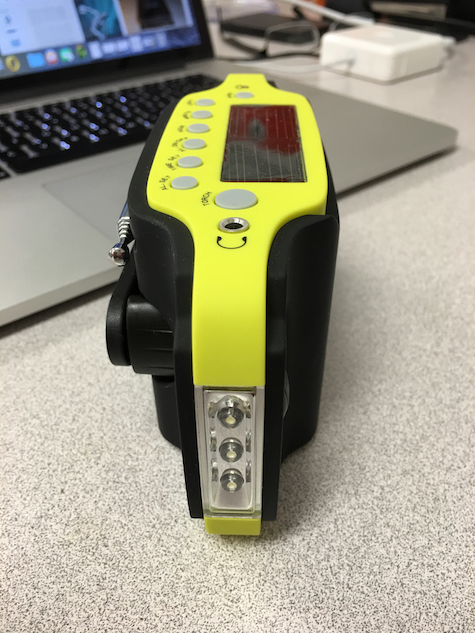 The SP-2000 can also be fully charged in six to eight hours through the DC in/out port via the supplied USB cable. Both a male and female USB cable are provided in the box. You can connect the USB cable to charge through a computer or through an 12 volt DC auto receptacle plug or an AC adapter. Fully charging the SP-2000 should provide nine hours of radio running time and six hours of flashlight time. 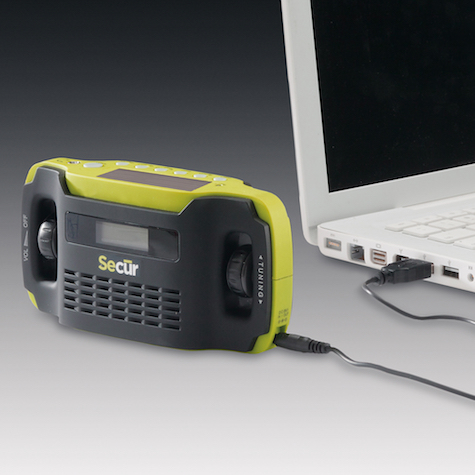 Another useful feature of the SP-2000 is the ability to use it to charge portable devices. Connecting the female USB cable to the DC in/out port allows the connection of a digital deviceâ€™s standard charging cable. Cranking the dynamo at a steady three revolutions per second, the device will charge for as long as the dynamo is cranked. This can be a life saver in emergency situations. 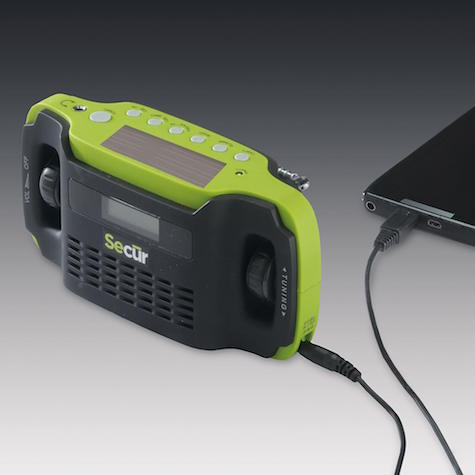 The SP-2000â€™s AM/FM radio reception is better than other small portable radios. The telescoping fifteen inch antenna tucks out of the way into a groove neatly across the back of the SP-2000. The tuning knob adjusts stations easily, but it can be a bit touchy to fine tune. A standard headphone jack allows for listening to the radio in privacy. The volume can be cranking up to fairly high levels, but drains the battery much faster.

The front of the SP-2000 has a digital clock that illuminates with a blue light at the touch of a button at the top of the device. I have no problems reading the clock. The clock also has a programmable alarm clock. All of the clock settings are made easily with rubberized buttons on top of the SP-2000. 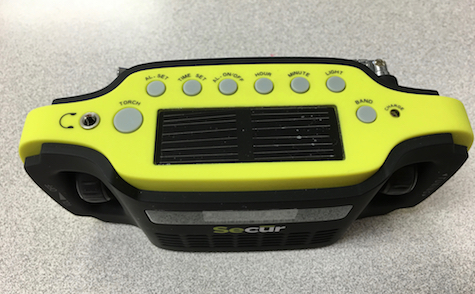 SecÅ«râ€™s SP-2000 Digital Solar Radio and LED Flashlight will meet the needs of most people interested in an easy to use solar radio. While not waterproof, the SP-2000 is rugged enough to survive the average camping trip or a day out in the field or on the water. Itâ€™s a great option for technology fans who want to do their small part in helping the environment.