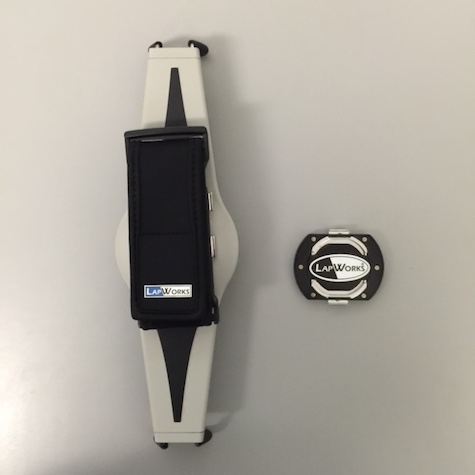 (NOTE: Edited to correct some errors in original review)

Remember when there was pretty much one size for a tablet computer? When Apple came out with the original iPad it was 9.7-inches and the follow up Android tablets were much the same when they were released. Then in a desperate attempt to distinguish themselves from all the other Android tablets (and the iPad), the other companies started making them in different sizes.

Apple, wanting to tap into this market and prevent customers from buying a tablet based on a smaller size, came out with the iPad mini. Just as things were calming down, the maxi-tablets (no, I won’t make the obvious joke) were released. Apple recently followed with this trend with the iPad Pro, which is great because choice is good.

Trying to find accessories for some of these jumbo sizes can be a pain, especially with all the variances between tablets. So what can you do if you need a handle or stand? LapWorks has taken an all-in-one approach to the problem with the GripZilla (http://www.laptopdesk.net/gripzilla-pro-handle-stand.html) and Tablet Handler Pro (http://www.laptopdesk.net/tablet-handler-pro.html) lines. How did they do? Read on to find out.

The GripZilla and Tablet Handler Pro take two very different approaches to the same problem but use some common parts. Unfortunately one of the things common between them are the so-called instructions. In a word, they’re terrible and are really more along the lines of an advertisement for their other products like a desktop stand, car mount, and floor stand (all sold separately of course). Neither the GripZilla or Tablet Handler Pro includes anything to show you how to use or assemble the products, and in the case of the Tablet Handler Pro, it really could have used one. (EDIT: Apparently the instructions are on the back of the box which I did not look at and no longer have. BAD GUY!) 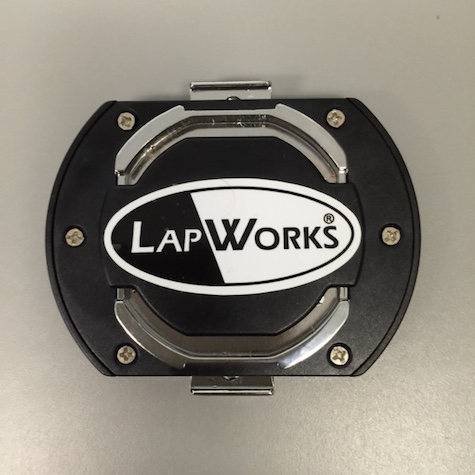 They both also come with a unique little piece that works across the line called the EZconnect Adapter. This adapter allows you to connect either product to the aforementioned mounts. In an age when it seems that few products even within a single manufacturer take the time to make them work together, it’s refreshing that LapWorks made the effort.

It’s also easy to put on and remove the velcro hand grip that came with both. Both products should work well with most cases that cover the back of the device. Folio cases or case with attached keyboards will probably not work out so well. In terms of both productsâ€™ similarities: instructions bad (instructions on the box itself, Guy sorry), case adaptation so-so, adapter good. 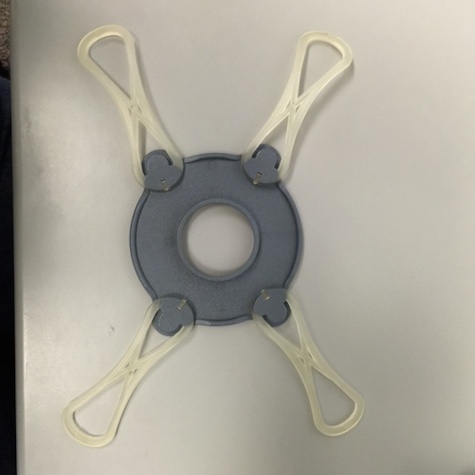 For the rest of the review, we’ll take them one at a time starting with the Tablet Handler Pro. It’s advertised for 10 to 13-inch tablets (not just iPads). They accomplish this by giving you two sets of bands, one short (for smaller tablets) and one long (for iPad Pro, Microsoft Surface, or other similarly-sized large tablets). Here’s where instructions would come in handy. There are little grooves in the base that have corresponding tabs in the bands for strength and to prevent slippage (I’m assuming), but it isn’t immediately obvious that this is what the grooves and tabs are for. 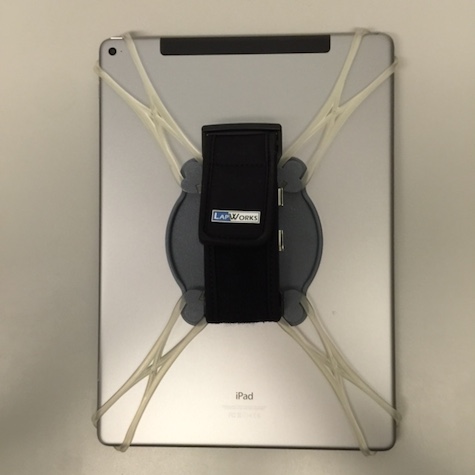 Take great care when installing this product on an iPad Pro. The bands don’t cover the rear camera, but right in that same area on the sides are the volume controls and power switch. I had to readjust the bands to prevent the installed unit from turning off the sound and a band could have easily been across the power switch as well. Because of the generic nature of this product, I’m not sure what they could have done differently to avoid this, and you should be aware of it.

The base is plastic with a rubber undercoating that should prevent any scratches, and the screws used to connect the two are recessed. Besides the EZconnect adapter, it also comes with an attachment with a velcro adjustable strap for your hand. When the bands are seated properly, Tablet Handler Pro feels very secure and I didn’t think it would come unattached. With the hand attachment you can hold onto the your tablet and spin it 360 degrees in either direction. The attachment also becomes a stand for either landscape or portrait modes

Those of you mobile warriors will probably also like how portable it is. It folds up to a very small size and won’t take up much room in your bag. Would I use this myself? Probably not as the close proximity to the bands to switches for volume and power are a compromise I don’t care for. (Bumped the original review rating a point after my objections to no instructions was pointed out to be incorrect) 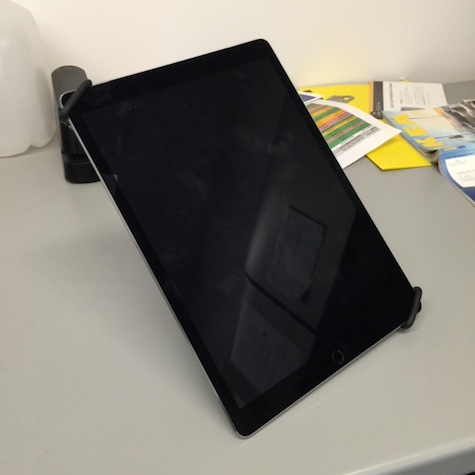 Next up is the LapWorks GripZilla Pro. Besides the EZconnect adapter and the same velcro hand attachment that the Tablet Handler Pro has (both of which I like very much), the main difference between these products is the design. Where the Tablet Handler Pro feels somewhat cheap, the GripZilla is very sturdy. It’s made mostly of plastic and rubber with two extending arms to fit nearly any large tablet.

Any areas that come into contact with the tablets including the arms have rubber to prevent damage. Unlike the Tablet Handler Pro, not much is really needed as far as instructions go for installing the GripZilla. You can either lay the table face down (please use a soft towel or other surface to prevent scratching the screen) and extend both arms to opposite corners or slip one side onto one corner and extend the other arm to fit. You should make note of where the volume switches and power switch are on the iPad Pro (if that’s what you buy it for) and choose the other two corners instead.

With the GripZilla attached to the tablet, it feels very secure and I didn’t feel like it was going to come loose even when turning it 360 degrees with the velcro hand attachment on. 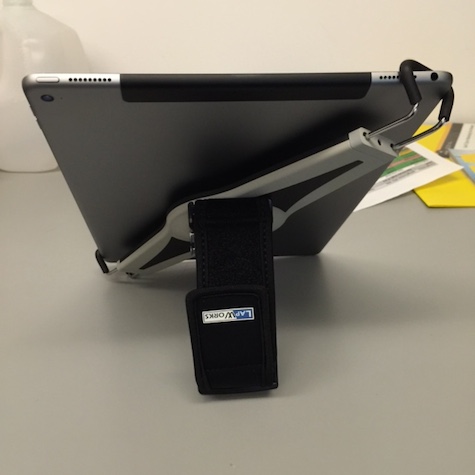 It works great as a stand as well. For the next version of this product I would hinge the rubberized arms to make it flatter when not in use, but for mobile users you could probably find room in your gear for it.

Where I felt the Tablet Handler Pro was just okay, I really liked the GripZilla and for people who need some type of handle for their tablets that is the one I recommend. It’s versatility makes it come very close to a 9 for a rating, but no instructions (there are instructions and the rating will now reflect this) and the lack of being able to easily use it with most cases removes two points from its highest possible score.