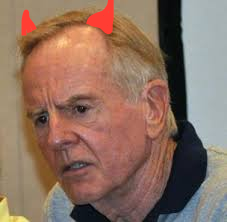 John Sculley former CEO of Apple says he regrets “The Apple Board” removing Steve Jobs from the company over the direction the company was going. Looking at history, how different would things be today if somehow Steve Jobs had been able to curb his (at the time) MASSIVE ego and continue to work in a diminished role at Apple under Sculley.

After his ouster (or resignation) at Apple, Steve Jobs went on to found NeXT computers in 1985. With no Jobs, the NeXT OS would never have been created, which significantly influenced what has become arguably the best OS for Apple, OS X. Without OS X, what would have been the basis for devices like the iPhone and iPad? Apple struggled for years trying to come up with a modern OS to replace the Classic Mac OS (Systems 7-9) which had become moribund, slow, and extremely crashy. Month after month, flashy demos and graphics of what the Mac OS roadmap would be like was trotted out with little to no real advancement on an actual release date. The fact is, Apple’s marketshare had dropped to such low levels that they couldn’t afford to start over from scratch and keep the few developers they had.

What Apple needed was time, and without the strong will (and no less personality) of Jobs, Apple would have gone belly up by the time the original iPod was released in our timeline. The question is, would Jobs have been able to succeed where Sculley, Spindler, and Amelio had failed and deliver a new OS to the Mac faithful without having the NeXT OS as a starting point? There were a few other OS’s out there that might have been tried. Jean-Louis Gasslee’s Be OS had potential, but ultimately Jobs chose his own NeXT to what few could argue against great success.

Sculley also was instrumental for the development of the Newton, which for those not knowing what this is, was a personal digital assistant before the likes of Palm’s ultimately more popular PDA. Would Steve Job’s influence have delayed the Newton until it was ready for release, or might he have instructed those creating it to make changes along Job’s own design preferences? I think Jobs would have accepted and probably nourished the Newton if it had been HIS project. I also think he would not have released it as it was in it’s early days, preferring to hold it back until he felt it was ready. If the Newton had been good selling platform, perhaps we might have had things “like” the iPod or other iOS devices sooner than they came out. Remember that while Jobs was not an engineer or a programmer, he did have a unique sense (usually) of what would sell and what would not.

Apple’s efforts to allow others to make and sell Mac-compatible computers in the mid-90s was part of what led to Sculley also being ousted as he was opposed to the idea. Considering how that worked out, he was right, but what if both Jobs and Sculley had conceived a plan to do just that, but much earlier, before Windows became the default standard of the business world? Could Apple have licensed the Mac OS and been successful if done before that was their only real product (when the Apple II’s were still being sold)? By the time the ill-fated clones were allowed, Apple really only had one product to sell and that was the Mac. The small amount of money they received from licensing it did not make up for the lost sales to the cloners. However with tight control over the hardware, Apple might have been able to become the Microsoft of the 1980s-90s with most likely all the same pitfalls of such a mega-success with little competition can bring.

Getting away from Apple for a moment, Steve Jobs went on to buy George Lucus’s failing Pixar hardware/software business for not much and turned that into one of the biggest animated studios ever. So big that they in essence did a reverse takeover of Walt Disney Studios much like the NeXT team did in taking over Apple. Without Jobs purchasing Pixar and bringing in the creative talent for some of the the biggest animated films like Toy Story, Finding Nemo, and many others, would we see this resurgence of animated movies that we have now? Where would Disney be as many of their own projects were falling flat?

What it comes down to is this, I think we can be greatful that Steve Jobs left Apple when he did, even with all the trials and tribulations that it brought not only to him, but to us as Mac Users, and to technology in general. When you consider all the bits and pieces of what we use technology for today, a disruptive influence of someone like Steve Jobs cannot be dismissed and we are the richer for it in general.

One thought on “History in the (re) making”