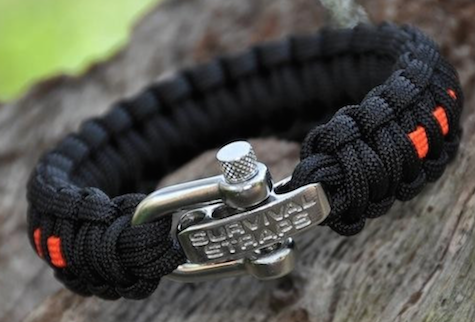 Having trouble sleeping? Feeling stiff from too many hours sitting in front of a computer? Howâ€™s your energy level these days? What if I told you everything will be better if you tie a piece of parachute cord around your wrist and wear it as a bracelet for a few days?

Yes, indeed, I am now walking around with a piece of braidedÂ  black parachute cord around my wrist. This bracelet is manufactured by a company in Florida that says Survival Straps are embedded with something called InBalance Technology that will improve my REM sleep, flexibility, range of motion, strength, endurance, and will also accelerate recovery from injuries.

Remember copper bracelets? They were nothing compared to these things.

Thatâ€™s basically the claim I heard from Survivalstraps.com. They sell bracelets braided out of 24 feet of parachute cord and held together with a stainless steel clasp (they call it a shackle). The TSA is not going to allow you through its metal detectors because of this stainless steel clasp. Thatâ€™s a minor inconvenience for a product that claims its â€œActive Edge technologyâ€ will stimulate your sympathetic nervous system, improve the oxygen intake in your blood stream and help your body to perform â€œat more optimal level.â€

Geez, will it also help me balance my checkbook? Why not?

Since age, disease, bad roads, steep hikes and bad habits have pretty much ravaged my body over the years, I perked up when I learned that the bracelet could make me feel better. However, Iâ€™m partial toward western medicine and scientific evidence, so I was skeptical of the miraculous claims. I made phone calls: to Sacramento, to Buffalo, to Phoenix, to Florida. The more phone calls I made to find out how these bracelets are supposed to work, the less I knew.

The companyâ€™s news release says: The Active Edge Technology essentially involves the embedding of selected frequencies into products.Â The frequencies are produced from a commercial power source that utilizes a proprietary delivery system to embed the frequencies into any material. This process is performed in a proprietary secure work environment that has been specifically prepared to enable the embedding of this technology.

What could all of this possibly mean?

Somebody who identifies himself as â€œDesert Rat Outdoorsâ€ is quoted on the Active Edge website thusly: Medical experts believe when the treated bracelet or necklace comes into close proximity with the body, it activates the sympathetic nervous system. This increases blood flow and oxygen intake, while at the same time decreases inflammation, which all helps to enhance performance.

If youâ€™re an M.D., chiropractor or physical therapist, you might as well hang it up now, because if a bracelet made from parachute cord and zapped with sound waves can do all this, who needs you?

Supposedly all of these claims have been proven by â€œclinical trialsâ€ at the University of Floridaâ€™s hospital in Gainesville.

In a telephone conversation, Kurt Walchle, who founded Survival Straps about eight years ago, gave me this explanation of the technology â€œembeddedâ€ in his bracelets: About a year ago we partnered with the Navy Seal Foundation and a couple of their guys got in touch and said, â€˜Guys you really need to take a look at this technology,â€™ so we were introduced to this InBalance Technology company. InBalance Technology is a company set up by a scientist guy. So we get together and they are in the middle of military testing but they were looking for a delivery device for the commercial market so we got together and tested it, so thatâ€™s kind of how we hooked up.

Now, what it is, for the first time ever in history when you use radio wavesâ€“â€“If you have a product and you shoot radio frequencies at it, what always happens is the radio frequencies goes through things, walls, materials, they donâ€™t stay within things. With the Active Edge Technology, what weâ€™ve been able to do is actually embed radio frequencies within a particular product.

This sounded vaguely like what a TENS unit does. I had one prescribed for back pain by a physical therapist several years ago. TENS stands for Transcutaneous Electrical Nerve Stimulator and is an electrotherapy device that emits tiny doses of electric current to promote pain relief. It never did much for me but itâ€™s not quite the same as using radio waves.

I was curious to know how anybody can store radio waves in a bracelet (or anything else), but Walchle was unable to be much help. Very hush hush, he implied. The Department of Defense is testing this technology and the bracelets for military applications. Who in the DOD specifically? And where? He could not tell me because of security issues. â€œMaybe I can get a letter from them just acknowledging theyâ€™re looking into it,â€ he said.

Can you measure these radio waves in the bracelet, I asked. Not yet, he said, â€œbut weâ€™re real close to being able to do that.â€

The technology, the bracelets and the claims have also reportedly been examined by a standards testing organization called Bureau Veritas. I called their Sacramento office but they didnâ€™t know what I was talking about. They referred me to their Phoenix office. Ditto. Phoenix referred to a person in Buffalo. Why would the guy in Buffalo know about this, I asked the Phoenix person. â€œI donâ€™t know,â€ he said, â€œI think he has something to do with sales.â€ In Buffalo, I reached voice mail and another dead end.

I also contacted the Navy Seal Foundation to verify whether they had hooked up Walchle with the â€œscientist guy,â€ but the woman who responded seemed to have difficulty understanding what I was talking about. She knew nothing. That was understandable. Iâ€™d been on the phone all morning and knew about as much as she did. 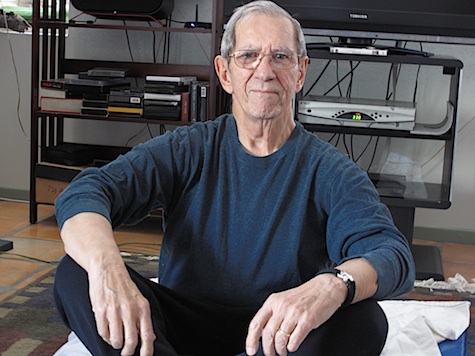 There are two or three things I can tell you about the Survival Strap bracelets that are absolutely true from my perspective. First, they look good. Theyâ€™re available in 50,000 customizable color combinations. Second, the stainless steel shackle is difficult to close. And third, Iâ€™ve been wearing it for almost a week and Iâ€™m sleeping a little longer every night. Well, I slept a little better for a few nights but now Iâ€™m back to my normal pattern of a few hours here or there.

Whether there is anything to any of these claims, I canâ€™t say despite having read what purports to be results of clinical trials.

Nobody in the media who has reviewed these products has touched the health claims and nobody, as far as I can tell, has tried to verify them. Maybe you should get shackled and see what happens.