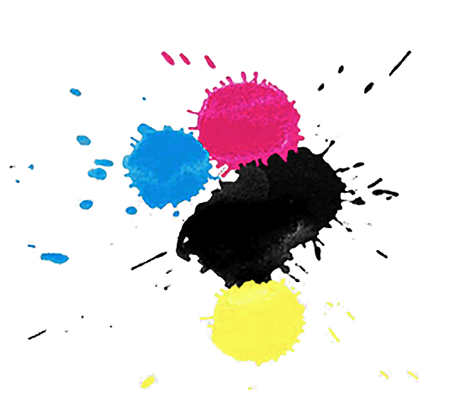 PageMeUp describes itself as designed for print documents and websites. At the price it is pitched against applications like Pages, SwiftPublisher, and iStudio Publisher rather than the big guns like Adobe InDesign and QuarkXpress.

In order to write this review I put together thisÂ document so I could give it a proper trial, rather than just reading the press release and looking at their own feature lists.

Reviewerâ€™s Note: After I wrote this review I had a email conversation with the developer and rather than rewrite the review (which wouldnâ€™t really be fair). I have added a postscript below the MyMac rating with some updated comments.

PageMeUp opens with a fairly standard interface. Included are a typical Toolbar along the top of the window, a Book Pages and HTML structure Sidebar on the left, and a set of collapsible, re-arrangeable, and partially hideable Inspector palettes on the right. They are only partially hideable because you can reduce the Inspector Palettes to one column, but not hide them completely. I settled for putting the items that related to the document and are only likely to be used a few times per document into the right (hideable) column and kept the Text, Box, and Image controls in the left hand (always visible) column.

Page size, measurement units, margins, columns, rows, and guides are all set from the Inspector palettes.

I started with a simple image box across the head and placed the MyMac.com banner. I then looked for a line or pen tool, without success. It appears there isnâ€™t one. I drew a very thin box and used that as a dividing rule and used the standard Apple colour tools to colour it. Below that I drew in a text box and put in the headline, using the standard Apple fonts palette to set the type, size, colour, and drop shadow.

I then created another picture box and inserted the TechFan podcast graphic. Finally, to finish off that section I drew another text box, pasted in the text, and styled it using the Toolbar text and line controls. Interestingly, the Paragraph Space command is somewhat concealed, being in the More section of the Line Space pop out menu.

Next I decided to put in a text box and add a gradient fill, a stroke, and a drop shadow ready for the second article. I decided to add a small rotation to help break up the visual feel of the page. I put in the text and used the indent command in the Inspector to move the text away from the edge.

Here is where I ran into a problem. Although the box looked correct while selected, as soon as I deselected it the indent stopped working properly on the right side. I fiddled about with this for a while trying to get it to work properly but every time I tried to make an alteration the box reverted to being wrong. I decided that for the purposes of this review I would just leave the rotation off.

I imported the relevant picture and used the rather basic masking (Round Corners or Oval) to add rounded corners and I added a drop shadow, and put a rotation on it. I wanted the picture to make the text wrap, but I couldnâ€™t find a wrap function. I decided to consult the Help. I was disappointed to find that the documentation is sorely lacking!

It was while I was fiddling about with trying to get this part to look how I wanted that I discovered another big flaw. Every time I made any edits to the text box the indents would go wrong. I had to change them in the Inspector by making them a fraction bigger and then smaller again to make them work properly. This got very annoying very quickly. I also discovered that the keyboard undo shortcut (Cmd-Z) didnâ€™t appear to always work consistently. When it wouldnâ€™t work I found the Edit Menu in the Menubar reported the undo/redo incorrectly as well.

In order to get the wrap I wanted I resorted to doing it manually using line breaks. I also discovered that Shift-Return didnâ€™t insert a forced line return as is normally the case, but just a standard paragraph break. I was therefore unable to break the lines except with paragraph breaks, and I had to then manually remove the paragraph spacing. This was mildly annoying but not a deal breaker. However, it did once again mess up the indents, requiring me to manually â€œwake them upâ€ with the Inspector to get them working again.

I added the third panel and ran through the steps of pasting in the text, styling and colouring it, and adding in a picture again. Finally I ended up with my finished document.

I then exported it to PDF with the usual Export dialogue and I also decided to export it to HTML to see how that fared.

I was reasonably pleased with the HTML result though it wasnâ€™t exactly a demanding layout. It did lose the shadows.

PageMeUp seems like a reasonable new entry into the budget DTP application market. It worked passably well and did create an acceptable document without me struggling too much. However, even though it is at Version 1.0.3 it seems to be a little rough around the edges and it is very bare-bones.

It lacks a line or pen tool. It doesnâ€™t support text wraps, which seems a rather large omission even at this level. Currently it also has no support for anything except rectangular frames and very basic round corner or oval masks. It doesnâ€™t appear to support master pages which seems a big omission. It has a somewhat idiosyncratic text style support which is quite hidden under a small button in the text controls on the toolbar.

I was rather concerned by the problems with indents in text frames and its apparent inability to rotate text frames with indents properly. The diabolical state of the â€œHelpâ€ documentation is disgraceful and totally unforgivable for a product that you are paying money for.

I am not sure if the problems with Cmd-Z were indicative of a more general problem with PageMeUp or tied to the fact that I was already experiencing problems with the indents and rotation. Later experiments with simply creating frames, deleting them and then using Cmd-Z, or making and undoing text edits seemed to work correctly.

I will admit that I am running the Yosemite Public Beta and that might have some bearing on the matter. I am prepared to consider that some of the issues might be related to that, but then again Yosemite is only weeks away at most. I would expect developers to have most of this under control by now. I wasnâ€™t able to test PageMeUp on Mavericks so unfortunately I canâ€™t confirm if the problems are related to Yosemite compatibility or not. I did contact the developer and he tells me that he is a one man outfit and working as hard and fast as he can on fixing the bugs. He sent me beta of the next build with more masks including polygons.

PageMeUp was passable, but only just. I was concerned it still has the feel of a Beta testing product. It has a good interface and wasnâ€™t hard to get the hang of, but it feels like it is missing too many basic features at the moment. Also I did find one or two features to be a little difficult to locate.

Unfortunately, I donâ€™t feel I can recommend this application over Pages (which is free) or the much more mature and polished Swift Publisher (which is my current recommendation for a paid budget DTP application) at the moment. As a WYSIWYG HTML tool I would suspect it would pass at a very basic level, but there are so many accomplished competitors out there I am not sure PageMeUp offers anything to make a buyer choose it instead of one of them.

I really wanted to like PageMeUp because it has the makings of a solid basic page layout tool. However, at the moment it needs a lot more work and polish, a better feature list and, most of all, proper documentation and Help files.

Currently I can only give PageMeUp a MyMac.com review rating of 3 out of 10.

Since writing this review I have been in contact with the developer Lorenzo Puleo at www.softobe.com. He tells me I am incorrect that the Inspectors cannot be completely hidden. There is a small disclosure triangle in the bottom right of the window that does indeed hide the Inspectors. We discussed the fact that perhaps this isnâ€™t the best placed or most discoverable control.

He was concerned about the problems I experienced and he tells me that as a â€œone man bandâ€ he is working as hard as he can to fix all the bugs he discovers or are reported to him. He would dearly love more Beta testers to help him with this. Even more importantly, because English is not his first language, he is desperately seeking someone to help with writing the documentation. If you would be interested in helping him out with either of these please contact him at support@softobe.com and tell him MyMac.com sent you!

I have received a new Beta build with more masking options, including user defined Stars/Polygons and other fixes. The Undo bug seems to be eliminated and also the indents now appear to be working properly while rotated. Lorenzo tells me he is working on getting the HTML export to retain the shadows, but there are problems with this interfering with the text in the final HTML. Work on implementing both Master Pages and Text Wrapping is also ongoing I am told. Lorenzo is considering moving the text and paragraph controls from the â€œribbonâ€ to the Inspector palette for better consistency, though I believe this entails considerable work.

I still think PageMeUp is an application that is a work in progress. I also think it could be a nice lightweight page layout tool with more development and User or Beta Tester feedback. If someone could help write the documentation that would be a huge bonus for everyone too!