Caption: All images and graphics are courtesy of the BitTorrent GetSync website.

Commonly abbreviated to BTSync, BitTorrent Sync is software that implements file sharing across computer networks using the peer-to-peer protocol. This means each computer doing the sharing can act as a server for the others, allowing shared access to files without the need for a cloud computing central server.

Wikipedia is your helpmate if you want a deeper understanding of how this works. BitTorrent may be a familiar name: the eponymous protocol powers file sharing on a vast scale across the Internet.

Software products from many vendors use the BitTorrent protocol, but BTSync is BitTorrent’s own software application. Existing BitTorrent clients require the creation of a torrent file (a separate file containing information about the original files and specifying how they are to be distributed); BTSync works transparently with the original files at the user level. We tested Version 1.4.99 Beta, so some rough edges were to be anticipated.

The software functioned correctly throughout the test, albeit with some minor reporting issues in the control panel, which is implemented as a WebUI (web user interface) rather than a native GUI (graphical user interface). For Mac users this WebUI means a slightly less familiar visual experience that is becoming more common these days, and it did not cause the testers any problems.

Despite its superficially technical profile, BTSync is intended for ordinary users who want to share filesâ€”music, photographs, spreadsheets, word processor documents, you name itâ€”between friends, family, and colleagues. Every computer involved in the sharing has to have the BTSync software installed and be actively online for the sharing process to take place; more on that later.

The software is available for free from the publisher’s GetSync website. It is available for Mac / Windows desktop operating platforms and for iOS / Android mobile device operating systems. There is a promotional video (aka sales pitch) at that link that will introduce you to the claimed benefits of the service as determined by the vendor.

You may not be an earnest, wide eyed movie director and power user like the dynamic young man in the promo, but if you watch to the end you will see that he uses BTSync to send his vacation pictures to his mom. We think this example constitutes a fair representation of the range of users to whom the product may appeal.

BTSync is offered as an alternative to cloud storage and distribution services, so it compares itself to the Dropbox, OneDrive, and Google Drive services. All four methods and services have individual features and benefits that differentiate them, so it’s up to the users to select the most suitable service for their particular circumstances and preferences.

As mentioned earlier, BTSync is synchronous: every sharing node has to be active and running the software. This in turn means that the first sharer must invite a second sharer to install the software and establish a connection. We had mixed success with doing this. Invitees either found it a breeze or were stopped dead in their tracks. There seemed to be no obvious common factor related to technical skill. It seems users either ‘get it’ first time or have to struggle to get up and running. The testers had no such problems, but be prepared to be surprised by your inviteesâ€™ responses! 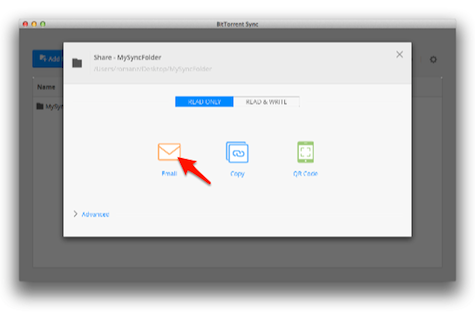 Caption: The control panel is used to invite your contacts to share your files.

Another factor in the requirement for synchronous activity is that to get the best out of the setup there has to be some connection management. This can range from always online, through being online to a schedule, to a laissez faire (or â€˜fecklessâ€™ as we say in blunt English) disregard for those with whom you are sharing. The more the sharers drift from well controlled behavior to loosely controlled behavior, the less successful the experience is likely to become.

Despite these potentially negative observations, there are notable practical advantages to using BTSync. The software vendor has some speed comparison tests against the three services it identifies as its competitors. These were controlled tests rather then average user experience tests, although valid and interesting in their own way. The biggest gains will probably be from using the BTSync one-step implementation rather than the multi-step implementation of other services. 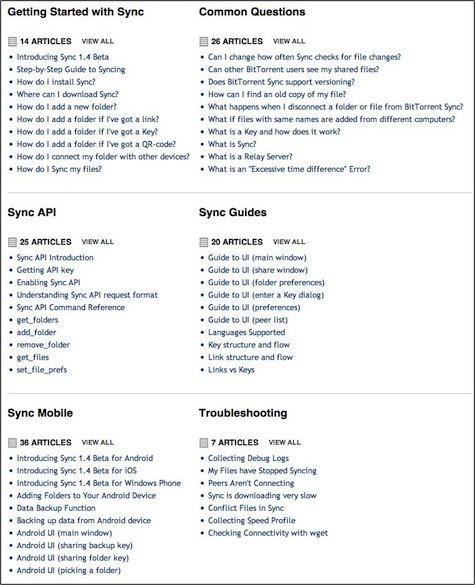 Once set up, BTSync is remarkably easy to use and fast in two meanings. It can take advantage of whatever connection speed you possess. It also is also quick to use, requiring in its minimalist established configuration that the first share user just drops the files into what becomes a hot folder (sometimes called a watch folder; a folder that automatically processes its contents).

The receiving tester liked the lack of fuss and attention required. The sending tester preferred the established, labor intensive, and asynchrous Dropbox service. However, both services have their uses and faithful followers. You should pre-assess your invitees after you have assessed this new software!

One of the touted advantages of BTSync is that it does not use intermediary serversâ€”the connection between two sharing nodes is direct. However, there is a default setting to use an intermediary BitTorrent server as a fallback for nodes whose firewalls prevent access. Check the help center for how to turn off this and other features if you want to eliminate potential security breach points.

Caption: The help center instructions for turning off the relay server feature.

The data stream for your share will be encrypted with AES (Advanced Encryption Standard) 128 bit keys, which provides a high level of security. There is more: BTSync will synchronize all a user’s devices over a local network. That is a compelling feature for people who range away from base and want to keep all their data in sync on different devices. There are various ways to do that task and BTSync works more seamlessly than some other solutions. 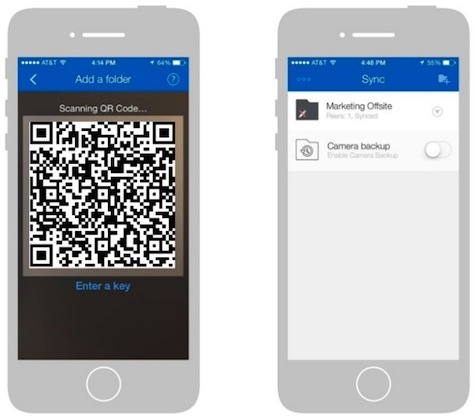 Caption: Use the QR (Quick Response) code to synchronize your mobile devices.

There is even more: BTSync offers a dedicated photo backup feature, typically from a mobile device to a desktop computer. This is another compelling feature for many people. 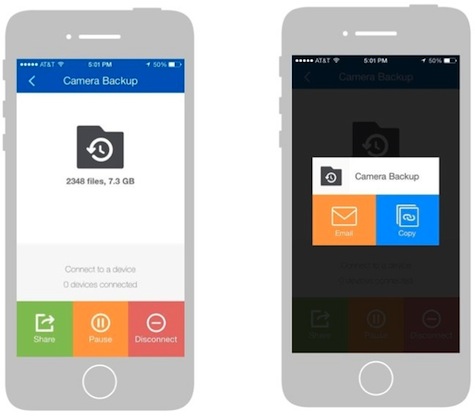 Our recommendation is that if any of the features appeal to you, and you can live with any of the potential downsides, then give BitTorrent Sync a try. The only things you can expect to loose are some time and the little effort it takes to get the software working.

Selecting software is often a process of scoring the features of the available products against your perceived needs and then picking the one with the highest score. Our recommendation is if you find any single feature of BTSync appealing then you give it a try. Typically, after you set up your own node in about five minutes, you will email your first share user, who will do the same and everything will be working after another five minutes. Your experience may be different, but that’s how it went in our test, even with technophobe and neophyte users. We were won over by using just a few of the product’s appealing featuresâ€”give BitTorrent Sync a try; you have little to lose and maybe much to gain.

UPDATE: as this review went to publication, an update was made available, Version 1.4.103 Beta.

MyMac Review Rating (provisional only for this beta version) is 8 out of 10.