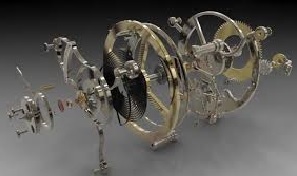 My fundamental issue with all these wearables is that for more than really basic functionality (or less than that) you need it to be tied to a phone. Apple’s watch is no different in that regard. So how can it be better? From the mind that said Apple should stop making Macs and let others clone and that they would NEVER release two different sized phones at the same time! So be warned.

What we need is a shift in focus on what a really small device like this can do or should do. It can’t be everything, the interface is too small to allow it, but it COULD be a phone, a c calendar appointments/ contacts device, a watch (maybe though that might be pushing tech to its EXTREME!), text and voice messaging. The biggest problem naturally is battery life. That’s getting better all the time and there are ways to recharge on the fly (like we had with self-winding watches). If we aren’t trying to play games or watch videos (these could be kept on onboard storage in the screen mentioned later), or surf the web, battery life could be extended beyond what we can do now, but roughly battery life would probably need to be in the 16-hour range for it to be really useful. Tie it to a Bluetooth earpiece and with a built-in microphone. Added functionality could go to a larger screen (NOT a phone) in your pocket or briefcase just for when you might need a little more space. Instead of tying a watch to a phone, the screen would be tied to your watch but only for when you need it instead of it being mandatory like is now. Most interaction required would be through voice.

Watch: Send to others?

You: Yes, my wife Tracey (or whatever your wife’s name is)

Watch: Send to Tracey. Anyone else?

Watch: Work Contacts included. Anyone else?

Watch: Include text or audio message?

You: I won’t be available from 11AM to 12:30PM due to a dental appointment (period) Please send all correspondence to Jimmy Smith in my absence (period) End message

Watch: Would you like to include your message as text?

Watch: Including text of message in appointment. Do you require anything else for this appointment?

Watch: Appointment complete. You have a Dental appointment at 11AM to 12:30PM on May 10th, 2015. Send message to Tracey and Work Contacts with audio and text. Is that correct?

Even keeping up with social networks could be done with a similar interface. You set a check for say every 30 minutes or so for the watch to check for new interactions. If there are new messages, the watch buzzes you silently and the appropriate app for that message appears on the screen. Say it’s Twitter and your watch buzzes on your wrist with the Twitter app appearing on the face with a small number “2” to let you know you have two new messages. Tapping the screen brings it up.

Watch: You have two new messages for MacParrot on Twitter. Would you like to hear them now?

Watch: First message is from MyMac. Message reads: Your audio sucks and you’re a moron. You also messed up the XML file, AGAIN! (hashtag) DIAF. End of message. Would you like to respond?

Watch: Second message is from GazMaz. Message reads: You smell funny and I can even tell this from over in the UK. (hashtag) takeabath. Would you like to respond?

Watch: Who would you like to send it to?

You: My brilliance will be justified over the course of time and history!

Watch: Because even I, a tiny wrist-worn portable device knows that’s a load of horse dung

Wow! It’s smarter than I thought.