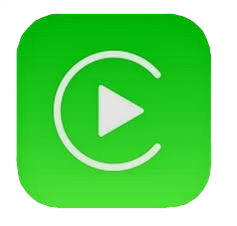 People say Apple hasn’t innovated in a long time (mostly non-Apple users and analysts looking for page views) but maybe they have and most people just haven’t caught on yet. Continuing on their strengths as a mobile platform, Apple’s iOS is getting ready to take the mobile audio world by storm and doing it in a very unApple way.

CarPlay is making its way into many exotic and non-exotic automobiles. Ferrari, Mercedes-Benz, and Jaguar have announced its availability in either 2014 or 2015 in select vehicles. But before you think it’s just the la-de-dah cars, Hyundai, Honda, GM, Ford, Nissan, and others are also bringing it to their vehicles.. So, a lot of different car makers jumping onboard, what’s so unApple about it? These car makers have a lot of flexibility on how they encompass this technology into their vehicles and we’ll see what they come up with, but that isn’t even the most odd part. Alpine and Pioneer have also announced that they will be selling after-market units to fit into existing cars.

To put it in poker terms, Apple seems to be going “all in” with their initial large-scale foray into mobile electronics.

A few things to note. CarPlay is only for the iPhone 5 and up initially though it would probably also work with any Lightning connector equipped cell data connected iPad. Probably not with the iPod Touch though even if it was equipped with a Lightening connector.

It can be controlled with Siri, Touch-controls on the unit itself, or with whatever buttons or knobs designed by the car makers for it. Out of the box it will have phone functionality, Maps and navigation, text messages sent or received, and of course music playback from your iTunes collection. Other streaming music services will be available as downloaded apps and of course the MOST important part, Podcasts!

Apple is the master at getting people to look at the wrong things when they’re getting ready to make a big move and prior to the announcements about CarPlay (previously iOS in the car. What a perfect way to get people to not pay attention to it with a bad name), there seemed to be little speculation about what Apple was going to next in this arena. So what have many in the blogosphere that either deride or praise Apple been talking about that they think will be the next “Big Thing”? Watches and TV sets. A bigger screen for the iPhone or iPad. Or saying how Tim Cook is the wrong person for the top spot. 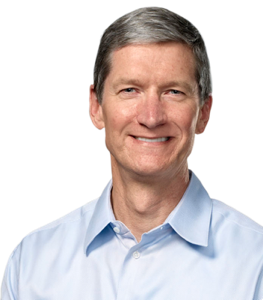 Let’s take all three of those things in reverse order (because I’m writing this and therefore I can). Since the death of Steve Jobs, Tim Cook has presided over an Apple that has put so much cash in the bank that at some point they could probably become a sovereign nation with their own iMoney. Has there been any fantastic new ground breaking products? No, but then neither has any other company created anything truly innovative either. The Mac Pro is cool for those that need that kind of power (and can afford it), but this was just a new design of an already existing product. Just because Apple hasn’t made anything really new since the iPad doesn’t mean they haven’t released some great stuff. Why does Apple have to create the next big iWhatever anyway? Calling for Tim Cook’s head because Apple doesn’t have the next trend out every year is unfair, un-American, and makes babies cry so just stop it. Apple in regards to Cook’s leadership is doing just fine.

OK, next is the talk about bigger screen iPhones and iPads. Makes sense and is a natural progression for the line. I’m guessing that the iPod Touch will probably get upgraded to this new size (the iPad Mini…mini?). Bigger iPad? Very much in favor of it and would love to see a built-in keyboard with trackpad. Trackpad? What the heck good would THAT be? Imagine when you want to use touch controls, the iPad works just as it always has, responding as it should. If you’re using the keyboard however, stopping to remove your hands to do something onscreen can be awkward. So, why not have the screen correspond to where you put your finger on the trackpad with a small icon? Let’s face it, the Mac and OS X has been benefitting from iOS for a while so why not send some of that love back? I could go on and talk about a simplified file system, multi-user accounts, and better inter-application integration, but I’ve said all that before and Apple has consistently ignored me. So I figure it was time to give them something new to ignore and that’s the fantastic iTrackPad iDea that iMe has. 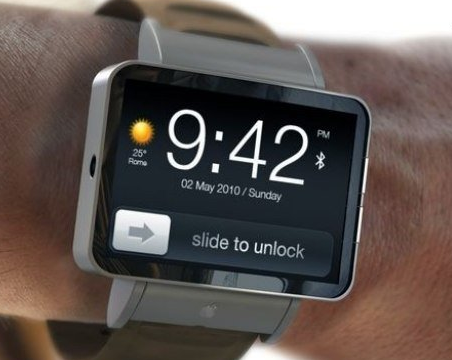 Last up are watches and TVs. I can see Apple coming out with a watch and Gaz (from the mighty MyMac Podcast which you should be subscribing to since it keeps me from writing these articles except every so often…BREATH…like now) has convinced me that it won’t be like Samsung’s offerings but have more to do with health and fitness. Oh, and it will probably cost more than I’m  willing to spend on such a gadget. However a TV set? Please. Why would Apple bother? Control the interface (like with the current AppleTV as flawed as it is) and everything else is just a monitor.

CarPlay is the big thing for Apple this year. You want to talk about lock-in? Phones? Psshhht, go buy a new one with Android or Windows Mobile…um…Mobile Windows (whatever) and other than some cheap apps or maybe some video that you bought…no biggie. iPads vs Android tablets? Same thing. Relatively small investments even counting the hardware but CARS? How often do you change your car? Get some good apps in there and some iTunes or iOS exclusives and people may buy one just for the radio. The next time they buy one they might not even consider one without CarPlay. That’s how big this might be and it’s probably why car manufacturers are lining up to put it in their vehicles, afraid to be left at the window looking in.

This is a case where Android’s strength (diversity in the platform) is not only a weakness, but has mostly been negated by Apple’s strategy here. Car makers are free to design their systems pretty much as they choose within reason and as long as the functionality is not changed. So it’s diverse (or could be) yet controlled by the OS to prevent anything really weird or stupid, we hope. We’ll have to see what the rest of the field does with and that’s probably just a few months away when the 2015 cars start coming out.

In the meantime, write to Apple and tell them you want that Guy Serle trademarked iTrackPad. I just might be able to afford that new Mac Pro at the end of it.