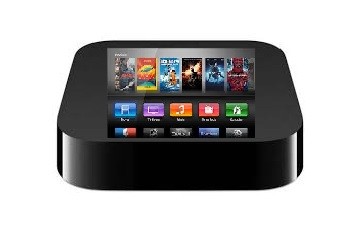 The quick answer is no. The longer answer is HELL no! However that rarely stops bloggers with little else to do (apparently) from talking incessantly about how Apple should not only release an actual Apple-branded Television set, but it should be 4K! And sparkly! With rainbows shooting out of its butt!

DOES anyone really need 4K TV? There’s a dearth of content available, most streaming services either can’t or haven’t bothered, OTA stations really can’t (no existing antenna that I know of can pick it yet either), cable outlets don’t really have the bandwidth either. Now throw in being able to get a good 1080P 55-inch or better TV for well under $1000 as compared to a 4K at the same size for 2-4 times that and you see that this is a solution in search of a problem. I’m sure we’ll get there, but it won’t be this year or the year after that.

Apple doesn’t need to do an Apple branded TV or even a monitor. They can improve the UI of the AppleTV and finally give us an experience of chosen content (at a price naturally) instead of over 1000 cable channels of which we actually watch 10-15. Seriously, think about how many cable channels you have and how many you actually watch on a regular basis. They give you THOUSANDS but many of them are things like Public Access Channels (snore, but thanks for counting them), hundreds of music channels (I don’t watch TV to listen to music), lots of alternate language channels which is great if you’re fluent in some other language besides English (or whatever your local language is) Â and want to know what’s going on according to the various governments in India, Pakistan, Russia, or eastern, but not quite east more slightly to the left of northern Uzbekistan where the local dialect sounds like someone is gargling with razor blades.

Build a better AppleTV (or Roku/Amazon/whoever) box with a good remote and watch Smart TVs disappear like the bad idea they were in the first place. Convergence is usually a good idea, but that’s when you have a single device replacing a lot of other dissimilar devices (like cameras, GPS, hand-held games and so on with smart phones) with a good UI. Most Smart TVs have a terrible UI especially once you start connecting other devices to it. It doesn’t matter if it can do a thousand different things if it does those things worse than the devices or interface they are suppose to replace.

So what’s really needed here? The AppleTV is not a bad start, but it needs a little more. It will also need help from sources outside of Apple like the content creators finally getting their heads removed from where they’ve been since the mid-1970s and allowing their content to be watched in the time frames when people want to watch it. It needs for them to frankly, think different. Does it really matter WHEN people watch their content? Does it really matter that current TV shows are configured for ad breaks at certain times? No, it doesn’t. Put an ad or two before the content begins. Maybe have one ad break during the content. Make the ads relevant to the person watching. Make the content (except for the ads) free to view. If there are prior seasons or episodes, make those available as well with the same ad limitations. People with any sense understand that content is not free to create. You have to pay actors, writers, directors, have the space available to film, have other support staff, and all the other things needed. I would include the currently pay to view movie channels as well. I won’t mind watching a few ads before you get to the movie. Heck, it isn’t that far from what you get now with non-skippable ads and trailers when you buy a DVD or Blue Ray disc. IF people choose to, make a pay channel to skip even those ads.

What else? It will need the cable companies to see the writing on the wall. That really all they are can be condensed down to bandwidth providers. I don’t even mind paying more for that bandwidth as long as they stay out of deciding what content they’ll allow me to view (are you listening Verizon, DirectTV, Cox, and ComCast?). People are already cutting cord from cable and it isn’t that hard for most. I haven’t done it yet myself because there’s a lot of channels that currently don’t go through the AppleTV and I don’t want to juggle between over the air transmissions and the content that has made the trip to the future.

So where does that leave Apple? They need to get companies to listen to them and get their content on a future AppleTV. They need to develop a remote that ISN’T a chicklet easily lost in the couch cushions. Just buy Belkin or license the Harmony from them and make a touch screen remote. The remote needs to be able to be updated (like the AppleTV does on occasion). Wirelessly would be great, but not a “Must Have” at least at first. For all those people currently screaming at their monitor (you should stop doing that. People will talk), yes I know the remote app for iOS can do all these things, but not everyone has an iPhone/iPad/iPod Touch and if they don’t want one of them they shouldn’t have to buy one. Releasing the Remote App to Android is a good idea too. Just get them into the market and most likely a few (more than a few probably) might consider an iOS device next time around. They need to have an AppleTV App Store where people can go and get the channels they want to watch. Let’s not forget the part that has Sony, Nintendo, and Microsoft quaking in their booties, games. iOS already has the hooks for game controllers and a few are out there now, so why not have some of the relevant iOS games (not all touch games translate well to a controller interface) available too?

All the pieces are there for the next area of tech that is just BEGGING to be disrupted and chances are that Apple is one of the fewÂ companiesÂ thatÂ could make it happen.

2 thoughts on “DOES Apple need to release an actual Apple TV?”