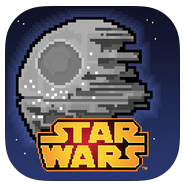 I must be on a Star Wars kick as of late, and didn’t even realize it. This is my second Star Wars game review in the last week. I’m fine with that, as the Star Wars universe lends itself to many different gaming types, and the latest is Star Wars: Tiny Death Star.

Based on the Tiny Tower game from NimbleBit in which the player is tasked with building and maintaining a Tower, in Tiny Death Star, the goal is to build and expand the Death Star, one floor at a time, attracting virtual people (Galactic Bitizens) to move in and work in the Death Star. I don’t like to think about the fate of all my little Bitizens after the first Star Wars movie! Maybe they were all evicted before the end came for the Death Star? One can only hope!

The Emperor has employed you to build the Death Star and bring in workers to see that it is done. Or something like that. The premise is silly, but for Star Wars fans, it really doesn’t matter. The familiar and fun nature of the characters and game allows players to focus on the fun aspects.

Management is the key. You manage everything on the Death Star, but most of your time will be spend ferrying your Galactic Bitizens from floor to floor via the Elevator. Doing so will reward you with the in-game currency, credits. As the player earns more credits, you are able to buy new floors, stock more items in the stores, and earn more credits to, well, continue to do it. 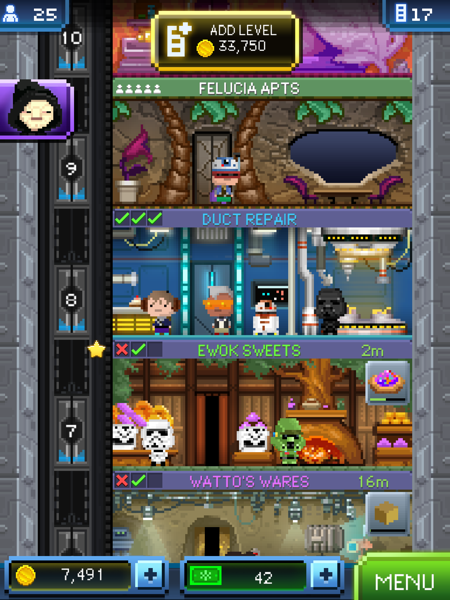 The game is endless, and there is no real winning or loosing. In that way, Tiny Death Star is a lot like similar endless games like Farmville. If anything, Tiny Death Star is more an activity than an actual game. That’s not to say it’s not fun. It is. In fact, even when you are not actively playing, the Tiny Death Star continues to operate, so when you return to the game, you have earned more credits. 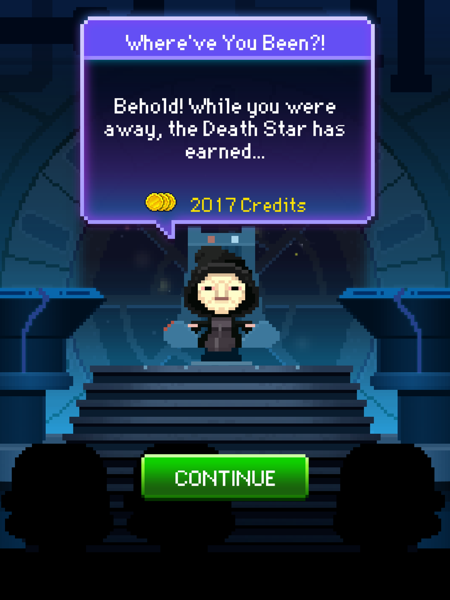 Earning credits is not all the currency. There is also Imperial Bux, which are used to upgrade different things in the game. For instance, when you first start playing, the elevator is not very fast. Save up enough Imperial Bux, and you get move the Galactic Bitizens from floor to floor much more quickly. And the Galactic Bitizens will “tip” you for doing so, meaning you earn more credits. 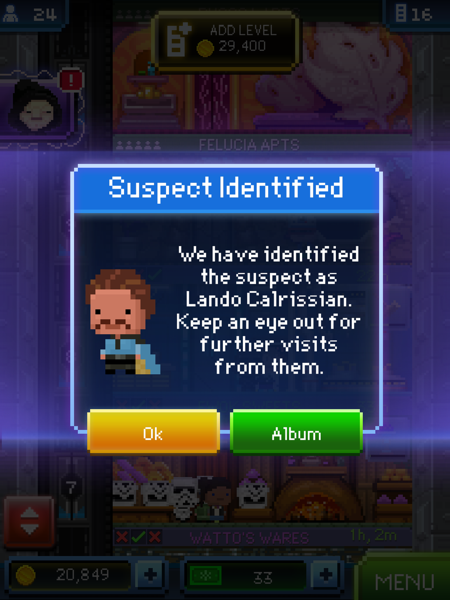 As I said, Star Wars: Tiny Death Star is endless. I am enjoying the game right now, and have set a goal to get to thirty floors before I grow tired of the game. I’m not sure I will make it that far, as I am already at floor fourteen now, and it’s starting to become a tad tedious already.

Time management is essential with Tiny Death Star. To stock an item in your store takes time. The more expensive the item, the longer it will take to stock the store, which in turn slows the player progress. This is designed for the Free-To-Play model of gaming. The makers hope that waiting for three hours is too long, so you will use some of your Imperial Bux to speed up the process. Don’t have enough Imperial Bux? No problem; the In-App store will sell some to you for real money. Need 15 Imperial Bux? Real world cost: $1.99. How about 900 Imperial Bux? That will only set you back $49.99! You can also exchange Imperial Bux for coins, which will help you build a new floor faster. 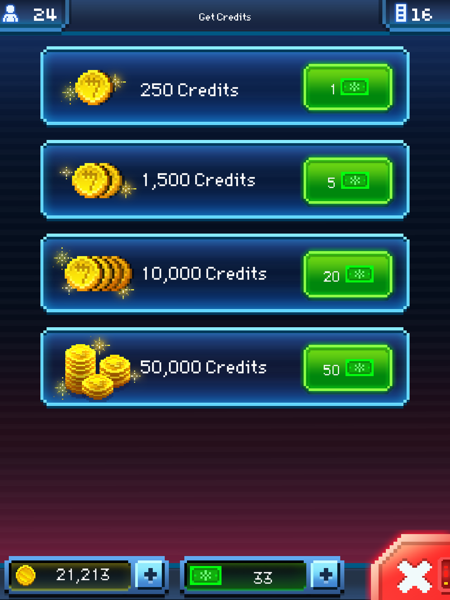 The upside of this is that you don’t have to actually spend any real world money to play, or to get some Imperial Bux. They can be had, albeit much more slowly, by simply playing the game. Every five or ten minutes or so, a Rebel Spy will get onto the Tiny Death Star, and if you can find and capture them, you will earn one Imperial Bux. You can also be rewarded for other tasks, but that is the most common. 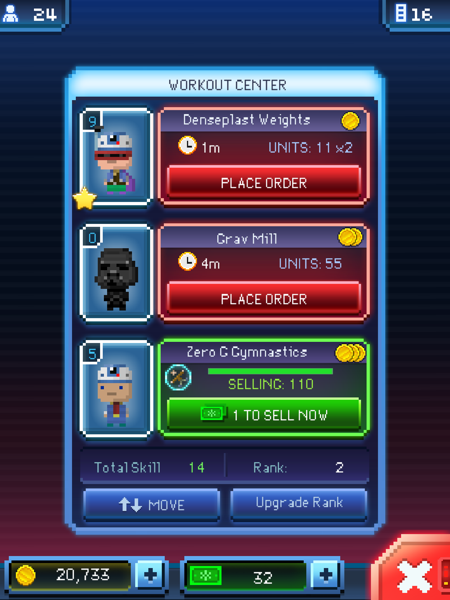 Graphically, this is designed around 8-bit graphics. That seems to be a “thing” now, to make new games look retro charming. It works here in Star Wars: Tiny Death Star, but it also makes details so muddy, I am often not sure what objects are actually suppose to be.

Star Wars: Tiny Death Star is fun, limited interaction gaming — as long as you can control your impulse to spend real world money on in-app purchases!