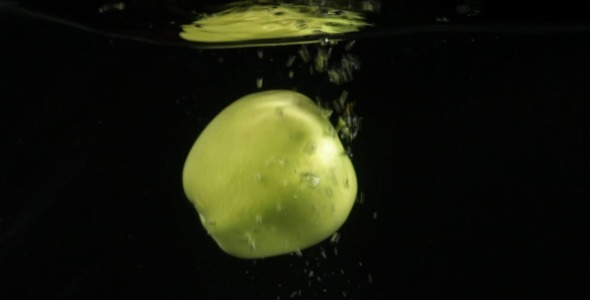 You can take this headline one of two ways. Either Apple stock is going to nose dive again, or Apple is going to announce some great products this Fall. Unfortunately, the way Wall Street works, both are probably true.

I expect some really great products from Apple heading into the holiday season, but it probably wonâ€™t be enough for Wall Street, who seem to expect Apple to release a new earth shattering product every three years. I don’t think we will see an iWatch or an Apple television set this year. Here’s what I think we will see this Fall.

Sometime in September (probably the 10th) Apple will hold its annual event where it show off its latest iPhone, the iPhone 5S. This new phone will, like previous S models, share the same basic outer shell as the current iPhone 5, with improved internals. It will probably have an A7 processor and an upgraded camera sensor. The other possible upgrade is a new home button with an integrated fingerprint reader.

The big change this year will be that Apple will also announce another variation of the iPhone 5. The iPhone 5C. This new phone will be targeted at the space currently being filled by the iPhone 4 and 4S, but will be more cost effective for Apple to build.

The phone will feature specs that are a mix of the iPhone 4S and the iPhone 5 and be housed in a plastic shell. I expect it will probably have an A5 chip and the 8 MP camera from the iPhone 4S, but it will also have LTE and the same 4″ screen and form factor as an iPhone 5. It will also be available in multiple colors like the iPod touch.

Apple has been selling a ton of iPhone 4 and 4S phones lately; this new strategy will help in a couple of ways. First, it will help Apple move away from legacy technology, like the 3.5″ display, 30-pin dock connector, and 3G cellular data. Second, it will allow Apple to achieve a higher profit margin on the low end phones, helping to boost the gross profit line.

Following the iPhone event, sometime in October, will be the iPad event. Here Apple will show off the 5th generation iPad. The new 9.7 inch iPad will take a form factor more like the iPad mini, with less black space around the screen allowing the overall size and weight to be reduced. Inside, it will get the new A7X chip for improved performance. It will also come in the same configurations and price points as the current models.

If they follow their current patterns, the iPad mini with Retina display will come in the same configurations and price points as the current iPad mini. I think Apple will also keep the current 16GB iPad mini around and drop the price just like they did with the iPad 2 when the Retina iPad came out. If this happens, I expect the current iPad mini to have a price somewhere near $250. This allows Apple to better compete at the low end with the Nexus 7 and Kindle Fire line.

The other possibility, is that Apple will keep the current iPad mini, maybe with a slight spec bump like an A6 chip, and reduce the price by $30 so that it starts at $299 for the 16GB model. The iPad mini with Retina display would then be introduced as a new model and start at $349 or $399 for a 16GB Wi-Fi only model. This strategy would allow Apple to maintain higher gross margins on the iPad mini line.

It is logical that iOS 7 will be released at the September event along with the iPhones. Apple may, however, release it only for iPhones and iPod touches and hold off an iPad release of iOS 7 for the October iPad event. Apple released the first developer beta for iPhones only, adding iPad support later, suggesting the iPad version is on a schedule slightly behind that of the iPhone.

Mac OS X 10.9 Mavericks will probably not show up until the October event as well. It is far more important for Apple to get iOS 7 rock solid by September. As far as pricing, it is anyone’s guess where Apple will price the OS X release. My guess would be it will be the same as the Mountain Lion release and come it at $19. It is also possible Apple will continue to drive down the OS X upgrade price and make it $9.99.

I think the new Mac Pro will get its official debut at the October event with pricing starting in the $3000-$3500 range. Also I expect updated MacBook Pro models with Haswell chips and improved battery life. There may also be Haswell versions of the current iMac released then.

The next big thing

Once again, Apple will be upgrading pretty much their entire lineup of products this fall. But all of these things will again be seen as evolutionary and not revolutionary. The next great thing from Apple, whatever that may be (TV, Watch, Car?) may just have to wait until next year, or maybe even later.