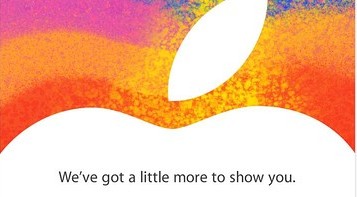 Probably one of the worst kept secrets since guessing what Steve Jobs wardrobe was going to be on any given day (blue jeans, black turtleneck, white sneakers)Â is the iPad Mini being rolled out. Pretty much a given considering itâ€™s all various blogs and podcasts (including the MyMac Podcast) seem to be able to say any with any certainty. The only unknown seems to be price. OK I can play that game too. Apple will price the base model aggressively (not so much in the agressive price category). It wonâ€™t be cheaper or the same as the Kindle and whatever â€œme tooâ€ Samsung device is at $199 but as it will be considered a premium product no one really should expect it to be. Also, this isnâ€™t Apple reacting to sales of smaller tablets; itâ€™s an extension of what they have done in the past with other Apple products. The iPod spun off the Mini, the Nano, and the Shuffle. In some ways the iPhone really spun off the iPod Touch, not the iPod line. Chances are if the iPod Hi Fi (best left forgotten) or iPod socks (shudder) had been hugely successful, weâ€™d have different product segments for those too. This is what big, successful companies do. Or at least those who arenâ€™t grasping for the crumbs left by those big, successful companies do (something tells me at $199 or less, they’ll still sell a lot of tablets).

Apple doesnâ€™t take the shotgun approach that so many others do. Like the Cylons they have a plan and so far, itâ€™s worked well over the last ten years. Nearly every product Apple has out now has defined the segments those products are in. The iPod, the iPhone, the iPad, even the Macintosh back in 1984 is what the rest of the market has strived to make not long after Apple released them. Thatâ€™s not to say that there havenâ€™t been a few clunkers along the path, sometimes with the best of intentions, but usually because the tech inside was too early for what they wanted it to do. The Newton is a good example of that. But much like I do on the podcast Iâ€™m going off topic (SHOCKING I know). Back to the Apple eventâ€¦

I donâ€™t think for this first round there will be an iPad Mini 3/4G (wrong, Wrong, WRONG! $459, $559, $659). I think Apple will keep it simple and assume that most people getting one will be for the home with established WiFi networks or schools with the same (Yeah right). The education market will go crazy over the iPad Mini as itâ€™s nearly perfect for book size and wonâ€™t be in danger of becoming obsolete like so many of the Android tablets are, abandoned and forlorn because they didnâ€™t sell as well as expected. Youâ€™ll notice thereâ€™s no 64GB model in my predictions? I think Apple believes if you need that much storage, you want a larger display and $399 is about as high as I think the market will bear for a smaller device (Can I go back in time and pretend I didn’t say this? Please?). No Retina Display either (FINALLY got something right)Â and it wouldnâ€™t surprise me Apple doesnâ€™t put their latest processor in it as well (And they didn’t. It’s an A5 chip). The form factor will remain like itâ€™s big brother at 4:3 (feeling smarter now). Just makes sense as it will require little in the way for developers to make Apps for it.

So what else might we expect? I think a revised industrial strength iPad (the 9.7-inch model) with a Lightning connector but not much else changed will be announced (Well, except for the faster chip that blows the 3rd gen away from only 6 months ago…not that I’m bitter or anything). No need to speculate much beyond that, but it also just makes sense that theyâ€™d like to move the whole line to the new connector as much as possible. New iMacs with a slightly different case design wouldnâ€™t be a surprise. Thinner Iâ€™m sure though it really doesnâ€™t need it (and thinner it is, Does anyone really care how much thinner iMacs get? Optical drive is gone too which I didn’t predict here but have said on the podcast). A new Mac Mini with a different case design and moving to Quad-Core chips across the line at the same price points as before (almost got it, the low end Mini is still dual-core). For those with lighter needs, tomorrow would be a great time to hit the refurb store for those Dual-Core I-5s and I-7 Minis at a terrific price. Use those savings to beef up the RAM and youâ€™ll have one great little Mac that will last you for years without the premium cost. Same with the iMacs. I expect a Quad-Core last gen 21.5-inch iMac will be under $1000 (yep).

iTunes 11 will also be announced and I think Apple will finally address how convoluted, confusing, and slow iTunes has become. Or at least Iâ€™m hoping thatâ€™s what theyâ€™ll do.Â (No new iTunes so it’s still the same bloated pig it was before YAY!)

No love for the Mac Pro this go around (Sad face for Mac Pros ). That will be coming in 2013 (which I predict will happen within 12 months! (I stand FIRMLY behind this prediction)) and I donâ€™t think weâ€™ll see Retina 13-inch MacBook Pros for now either (well you can’t win them all…or sometimes any).

Thatâ€™s what Iâ€™m guessing for this announcement. In just a few hours weâ€™ll see how well I did, but naturally I think Iâ€™m SPOT ON! Oh and of course Apple will announce that they will allow Mac Clones again tooâ€¦with rainbows and Unicorn tears.