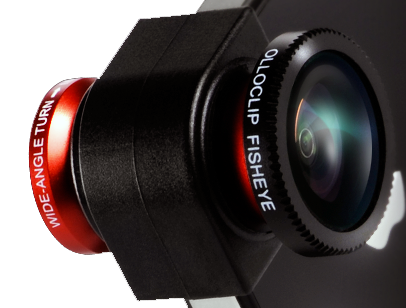 I was lucky enough to receive the olloclip 3-IN-ONE PHOTO LENS for the iPhone 4, 4S or 4th generation iPod touch to review. This is a product that changes your device’s camera lens into a Fish Eye, Macro or Wide Angle capable device.

I opened the packaging and was a little distraught at first as I thought I was going to have to cut open one of those sealed plastic blister packs. Iâ€™m sure you have come across those hard to open plastic packs. Well, no, not in this instance, because it was clipped together and opened easily. That was a relief.

The box contained two lens caps, a microfiber lens cleaning cloth bag, plus an iPod touch adaptor. You may need to check that the product you buy contains this if you want to use it with the iPod touch 4th generation. The adaptor comes with the three lenses which are already attached to the adaptor.

One of the lens on the adaptor unscrews to change the capability from Wide Angle down to Macro, so donâ€™t think you are missing a lens when you take the adaptor out.
There was also some documentation in the package, although when it comes to instructions there isn’t a great deal to be instructed on when using this device.

I took the adaptor and placed it over the forward facing camera on my iPhone 4S and started taking some comparison shots. I did wonder whether having the adaptor on the phone would look silly, or possibly make it awkward to use. If you have a naked iPhone then you’ll have no issues, but if you have a case on your iPhone then the constant removing might make you consider functionality over ease of use.

I don’t use a case but I do use an ultra thin plastic protection cover on the back of my phone. This did cause me some issues when taking the adaptor off as the cover left some sticky residue on the inside lip of the adaptor. Pushing the adaptor on and off my iPhone also slightly creased the plastic cover though not so much as to cause me issues. I could envisage constant use would mean that you may want that corner clear of any cover on your phone, or maybe to take the cover off completely, which you may not want to do.

After taking some quick test shots whilst looking through our kitchen window I did think that the difference between the wide angle and the iPhone standard lens was not that great. But using the wide angle lens does give you that slightly extra width which can always be useful. More distant objects would give you that extra field of view.

Taking shots with a fish eye is always very subjective and needs to be used wisely. You can produce some spectacular shots using a fish eye. Don’t except too much use from any fish eye lens though, as the subject has to be right for a good fish eye picture to be worth while.

I took a couple of shots using the macro lens which did an admirable job of a close up of a cactus. I found to my surprise that the zoom function gave me some good results in getting even closer to your subject using the Macro lens. You are able to use the zoom capability on the iPhone with all three lenses but this works better in certain situations.

I wanted to get to some testing or perhaps I should say comparison shots. To this end I decided to take some shots of a pair of glasses with the lens covers and bag also in shot. I took four shots inside at night with the aid of some added lighting. The normal lack of internal light will affect the shots you take with or without the olloclip lens adaptor. This is not a reflection on using the olloclip lenses but refers to the usual restriction your iPhone has.

The shots are a straight comparison of the capabilities of the different lenses. I did have to get in close for the macro shot. You may think that an obvious statement, but I had to adjust my position as the iPhone had to search for focus for a few seconds.
You’ll find you probably need some practice with the macro lens. Iâ€™ll be honest: I’ve found that I’ve needed practice with macro lenses on SLR and DSLR cameras also.

The first shot was taken with the normal iPhone camera. 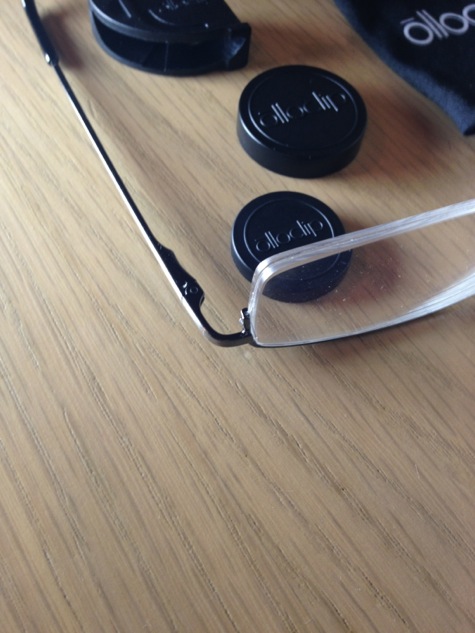 Then I used the Wide Angle Lens on the olloclip adaptor. 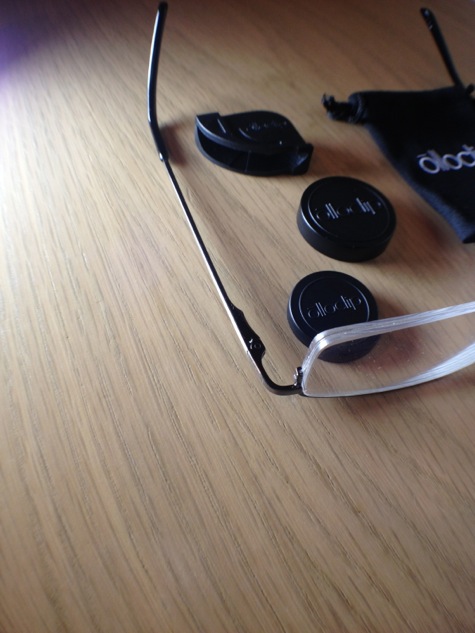 Then the Fish Eye, probably not the best subject matter for this lens. 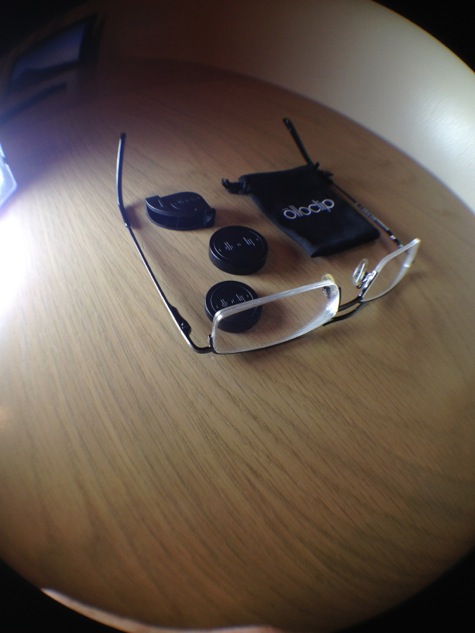 Finally I took off the Wide lens to take the Macro shot. 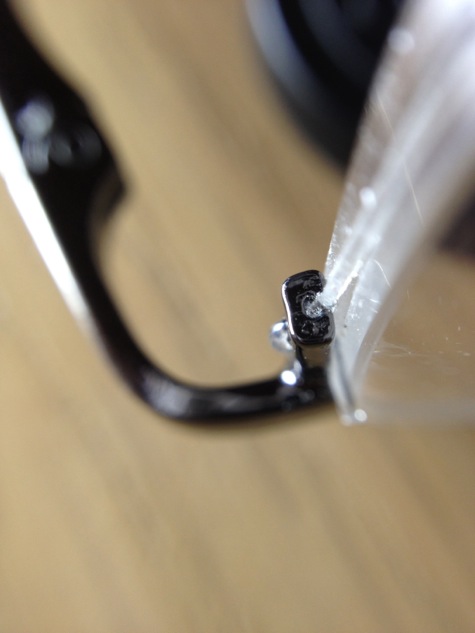 You can see from the images that the Wide Angle Lens does give you a little more image real estate, as with any wide angle lens you get a little distortion on the edges.
Iâ€™ll be perfectly honest though: I had to look hard at the two comparison images to see the difference.

The sharpness of focus with the Wide Lens was something I was quite pleased with, although you may think that the wording on the cloth/bag is a little out of focus this also occurs on the standard iPhoto camera lens. In both cases the central part and foreground of the image are in good focus. I donâ€™t think this is the sort of picture Iâ€™ll be using the iPhone for on too regular an occasion, but I felt it a useful comparison.

The Macro lens exactly suits this situation, I was quite pleased with the result I got from the lens. You will normally need good light and a steady hand with a macro shot.

You can see from the Fish Eye image just how much more you get. Donâ€™t worry too much about the flare from the left hand side of the image. It would be unfair to blame the lens for that, as I kept the lighting exactly the same for all four shots I took.

One trick I soon learned was to make sure that you turn the flash on your iPhone off.
The adaptor does cover the flash, but it does not block the light completely, so turn the flash off when using any of the three lenses.

I also took some outdoor shots and wanted to see how having the lenses on would affect any panorama shots iOS6 now allows. You can see the outdoor shots I took along with a couple of panoramas that I took with the Wide and Fish Eye Lens.

The Tree can be seen in its entirety even though I was really close. 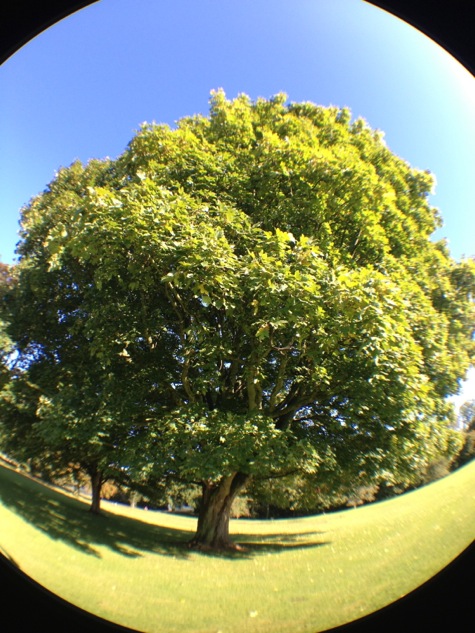 You can see the difference here from the above Fish eye and the Wide angle below. 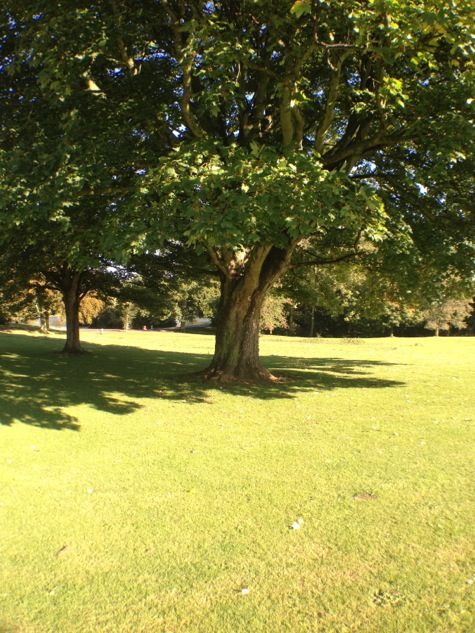 The Wide Angle Tree gives you that little more space to use. 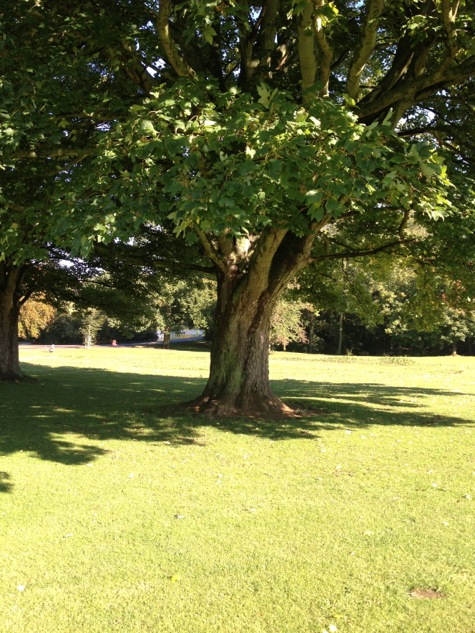 And finally not the best Macro but the same tree close up. 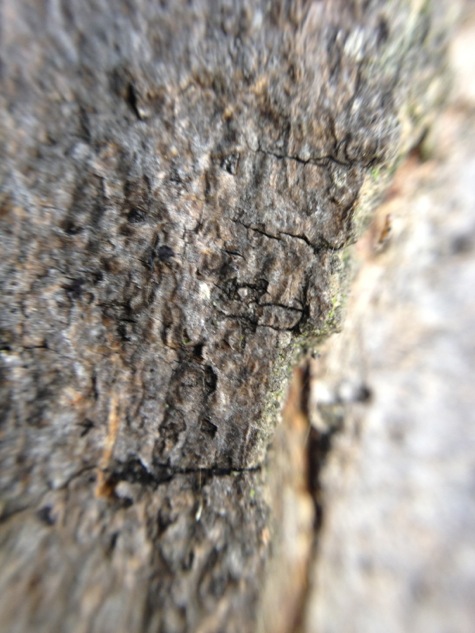 The full panorama maybe difficult to see in the image. I hope you can see the effect youâ€™ll get.

I wanted to get a decent shot using the Fish Eye. I have included a picture of a flower. You could get an image similar to this using a wide angle and backing away from the subject. But the shot Iâ€™ve used was really close to the flower head, and I didnâ€™t have to move too much closer in to take the Macro shot.

I think the flower shot shows a little of what you could achieve with the Fish Eye and Macro Lens attachments. 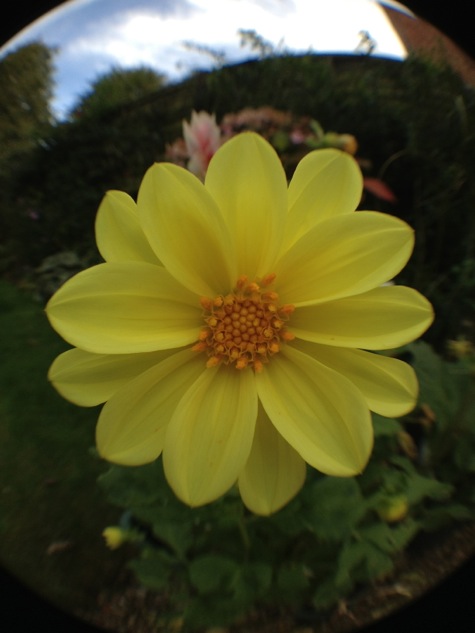 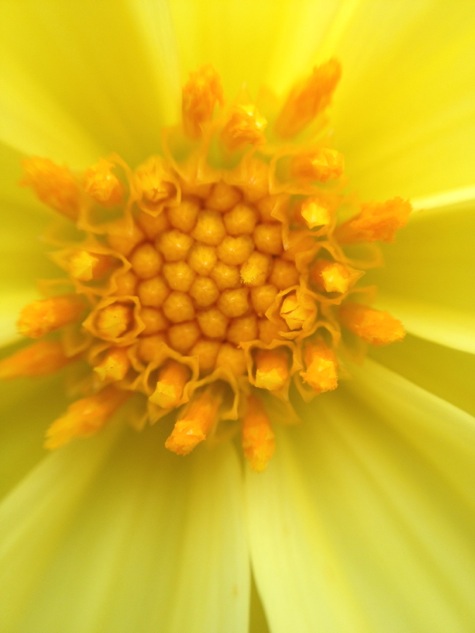 At Â£69.95 in the Apple UK store I think this is a touch highly priced. The price maybe not be olloclipâ€™s policy, because the same product is priced at $69.95 in the US Apple Store. Maybe if a more reasonable exchange rate was used these could be flying off the shelves over here in the UK. You can find them slightly cheaper in the UK in non Apple stores, with a little searching.

Considering you are getting three lenses that change the capabilities of the camera on your iPhone then maybe Iâ€™m being a little harsh with the price.

I was pleased with the results I achieved with little preparation certainly with the outdoor shots. The fact that this made me experiment with taking pictures is not a bad thing to do. I can recommend this product especially if you want to do more with your iPhone 4 and 4S camera.