David Weeks and John Nemo collaborated on this user report.

Products used for our testing and evaluation are: 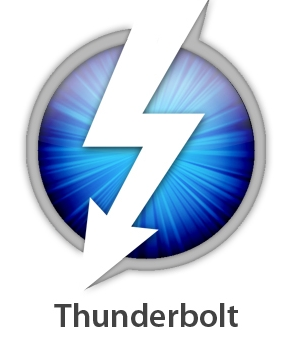 Using David’s new MacBook Pro with Retina Display, we copied back and forth many times his 39GB folder containing hundreds of large and small installer files. Your results in a real-world testing situation will vary, but this folder with a range of files will demonstrate typical speed differences between the three transfer protocols under discussion.

With a Seagate GoFlex for Mac Ultra-portable external 5400rpm drive inserted into a Seagate GoFlex Adapter “sled” and connected with a Thunderbolt cable, the transfer took 7:57 minutes. Activity Monitor confirmed a read speed of over 90 MB per second, and a write speed of over 80 MB/s. That is fast, in case you wondered. Remember that duration: approximately eight minutes.

Switching the same Seagate GoFlex for Mac Ultra-portable external 5400rpm drive to a Seagate FreeAgent GoFlex Upgrade Cable USB 3.0 and copying the same file took 8:43 minutes. The read speed varied between 70-100 MB/s, and the write speed was over 80 MB/s. It appears that writing to this drive via Thunderbolt or USB 3 is equally efficient, and the USB 3 drive is slower than the Thunderbolt drive only in its reading process. Remember that duration also: almost nine minutes.

My two-year old MacBook Pro has both a SSD and a conventional spinning hard drive, plus one FireWire 800 port. It’s not possible to do precise comparisons with FireWire versus Thunderbolt or USB 3, because Apple’s lineup of computers does not include MacBook Pros with all three types of ports. Copying our test folder using FireWire 800 onto my SSD took 9:12 minutes. Read speed was 73 MB/s, and write speed ranged between 65-80 MB/s. Remember that duration: slightly more than nine minutes.

We could convert all these minutes and seconds to seconds for a linear mathematical ratio comparison, but by now you know that our tests are conclusive.Â

USB 3 is a little faster than FireWire 800, but the difference is not large enough to convert all your computers and drives and cables and adapters from FireWire 800 to USB 3 just because of the potential speed increase.

Thunderbolt is faster than both USB 3 and FireWire 800, but again unless you change computers you don’t need to alter your equipment or data transfer methods if you are happy with a non-Thunderbolt environment. Thunderbolt cables are very expensive, regardless of manufacturer and length.

Apple just released an inexpensive Thunderbolt to FireWire Adapter, which will ease the transition for millions of Macintoshers.

The future does not include FireWire, so prepare yourself mentally and financially forÂ  your new best friends: Thunderbolt and USB 3.