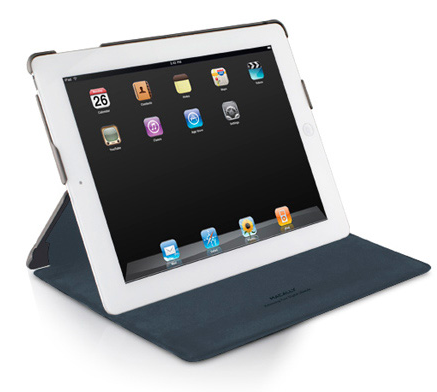 Whenever Apple releases a new idevice Macally is always one of the first to release some great accessories for that product. The release of the new iPad is no different. I was given the opportunity to try out two of the many cases they have released for the new iPad. The first is the Magnetic Snap On Case and the second is the Protective Case. 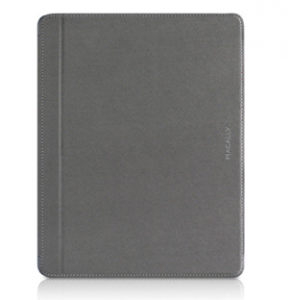 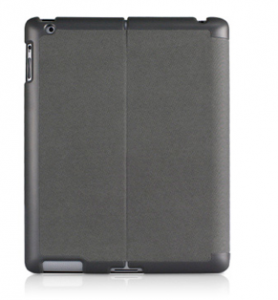 While the base covers the back of the iPad, all the ports and speaker are open. It also bends into an easel position (see pic above). This is a high position and does not do the slightly propped angle of the Smart Cover which is good for typing. You can only prop it into this higher position, which helps with viewing videos or photos, etc. It would be nice to have the ability for a lower angle too. To prop the iPad up you open the case and bend the back in half. This exposes half of the iPad which leans into the cover of the case.

I really like this case. It is light and also thin. It protects the iPad without adding to much thickness. I also like the grey color. Besides grey you can get what looks like a purple color and an olive green color. At $49.99 you are getting a Smart Cover like protector with a case for the back for only $10 more than the cost of the cheaper Smart Cover. 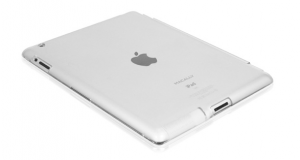 What if you have a Smart Cover and just want more protection for the back of the iPad? Macally has you covered for that too. The Protective Case is a plastic hard shell case available in clear, white, and black. It works with or without the Smart Cover which clips into the side of the case. It is a nice way to secure the sort cover to your case. If you like removing the smart cover, this case is not for you. 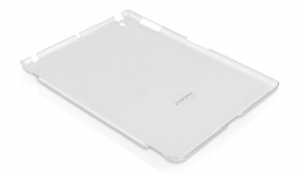 One nice feature is a little edge or curve around the speaker which amplifies the sound out of the iPad. It works great for giving your audio a little boost. True audio buffs might not like it, since it is a little echoey, but for me it works great.

Over time I do see this case getting covered in scratches, but better the case get scratched up than the iPad itself. At $19.99 this is an inexpensive option for protecting your iPad with or without a Smart Cover. I tried the clear model, but it is also available in black and white. There is also a similar Macally case that has a built in version of the Smart Cover which I did not receive for review.