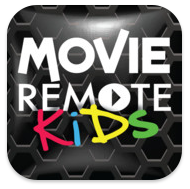 Recently, my family and I took a road trip to an area amusement park that is about 90 minutes away from our house. My son was in the backseat with my iPad connected to the headrest in front of him. This setup worked great until the show he was watching ended. Then came the blind tapping to figure out how to get a new show playing for him. He canâ€™t reach the headrest from his carseat and canâ€™t read to find what he wants.Â We figured it out, but wouldnâ€™t it be great if the iPad video player could be controlled from the front seat with an iPhone or iPod Touch? Even better,is this possible without jailbreaking?
Well, after a long search I found the solution! There is an app called My Remote KidsÂ for $2.99 in the App Store and it works great!
Â
One side note- This is not a review of this app. Consider it more like a public service announcement for parents of toddlers.
Hereâ€™s how it works. You install the app on the iPad and the other iOS device (iPad, iPhone, iPod Touch). Next connect the iPad (or whichever device is the player) to your computer and you have to add video files to the My Remote Kids app through the app panel, just like you would add documents to Pages. The videos have to be DRM free and are added to the app, not the Videos app of the iPad. They run from within the app, not the Videos app.
When running the app for the first time you set up which is the remote and which is the player. All of this happens over Bluetooth, so Bluetooth must be turned on on both devices.
So now you have both apps open on both devices. The remote device will show a list of all the videos on the player. You tap the one you wantÂ  and it plays on the player! When that choice ends, pick something else! It is that simple. There are also controls for volume and moving forward and back in the video. The only downside is these controls pause the video and you have to restart it. I prefer to connect the iPad to the audio port in my car and control the volume through the car.
One nice feature, if it is a feature, is that you donâ€™t have to keep the app running on the remote device. You can exit the app and play a game, check email, etc. and then go back to the app when needed.
Any parent with youngsters in the back seat watching an iOS device need this app! It is fantastic! Well worth the price of admission.
As I said, this is not a review of the app. However, I cannot recommend it enough.